When Earl has a rare evening off, we like to watch movies set in France or Italy, places we hope to live someday. 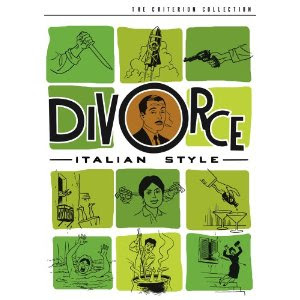 Last night, we walked to the library and scoured the foreign film section. We ended up with a handful of movies. First, we tried a 1960s movie Divorce Italian Style with Marcello Mastroianni who fantasized about killing his wife so he could hook up with his high school cousin. We watched for about 20 minutes before moving on to another movie. 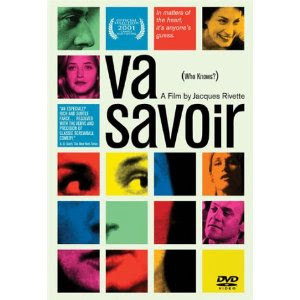 The next choice was a 2002 French movie called Va Savoir which can be interpreted as "Go Figure." The dvd case described it as a French romantic comedy. We love romance in Paris, but this one was full of angst and overbearing characters. Frankly, most French comedies are not funny to me. Maybe I just don't have that Gallic sense of humor. Why do people die in French comedies? The funniest thing that usually happens is someone gets locked in the closet, which happened in Va Savoir. Earl says I missed a funny scene at around 2 hours, 10 minutes. I had gone to bed by then.
Don't get me wrong, I have liked some French movies, such as Manon of the Spring or Paris with Juliette Binoche, but overall, French movies fall flat with me.
Here's what I figured out. I like American or British movies with American or British humor or romance set in France or Italy -- like A Room with a View (my all time favorite) or Under the Tuscan Sun or French Kiss.
So, I need your help. Please recommend some movies set in France or Italy that I will like.
at May 21, 2011

Did you ever see Amelie (Le fabuleux destin d'Amélie Poulain)? I liked it. The new Woody Allen movie is set in Paris so you will like it, although it is a little strange, as is Woody Allen.

Thanks, Linda. Yes, I loved Amelie too. Last night we watched A Little Romance, a 1970s movie with Diane Lane as a teenager set in Paris, Verona and Venice. That was cute

Hi Paulita .. Wow certainly connected through the postcards .. and of all the places I get postcards from, the two have a connection to you .. especially your daughter . I will do my best with photos etc .. I am sure she will love it, and it is not that far from Paris by train :-)

Theresa, Thanks for the movie recommendations.
Anne, I can't wait to see your report on Rouen.