Pulling on the reins

I did something yesterday that I never imagined myself doing. I walked into a cinemaplex, entered the darkened theater where the movie flashed, and found my 14-year-old son.
"We're going home," I said. And he got up and followed me.
I don't know if I'm really mad at him, but I do know I was manipulated and I'm pretty pissed at the dad who took him.
Saturday was a busy day. I was at a writer's conference all day and my husband was working. The kids were left unsupervised. Well, the youngest spent the day at a friend's house after soccer. So my 14-year-old left a sleepover to walk over to another friend's house. He called -- three times in a row until I answered -- to tell me the change of location. I called him back at lunch time.
"Could I please go see Escape from Guantanamo Bay?" he asked. I'm picturing terrorists and guns and chase scenes.
"It's a comedy."
I asked a passing friend. "You know anything about it?"
Not suitable for a 14-year-old, the friend suggested.
"Make another choice," I told him before I went to eat a grown-up lunch.
Later in the day, my phone rang, vibrating in my pocket. A session was wrapping up and the phone vibrated again before I could escape to the hall to answer it.
"Please, Dylan's dad is going to come with us so we can get in to the r-movie."
The agent I was hoping to catch was coming out the door. I wanted to talk to her.
"Okay." I agreed to the r-rated movie so I could catch the agent.
When I got home, he stopped by for money and my phone rang again, this time it was the mother of one of his friends. "Are you really letting him go, because I'm not letting Dakota."
She read the review from Common Sense.org. Incest? Sexual positions? Excessive drug use?
The father, divorced, was waiting in the car with his son and another boy who was allowed to go. I walked out to the car, barefoot.
"Look, I'm not going to let him go," I said. "I just don't want to deal with all of those issues. Sorry you waited for him."
They started to drive away when the son yelled, "We could see something else."
The boys agreed and my son hopped in the car. In the house again, I looked at the newspaper to see what their other options were. Under PG-13 I saw Prom Night? A slasher film.
I texted the boys. I'll take you to the video store to rent something.
No. We're going to see 88 Minutes, they texted back.
I'd seen previews. Al Pacino. Probably a lot of tense moments, I thought. Wait. That was rated R too.
I looked it up. Violent torture of women. Victims are hung upside down in their underwear.
That was when I decided. Carrie was with me, so I wouldn't humiliate my son alone. We walked in the theater and said, "Our sons are in an R-rated movie without our permission."
They let us sail by like we were Queen Elizabeth and Prince Phillip.
As we walked out of the theater with our sons, the father came running out after us.
"I'm sorry. I didn't think."
I didn't turn around, I kept walking with my boy towering over me, my hand on his thin back.
When the dad stopped by later, to apologize again, I made amends. "He should have known he wasn't allowed to see that movie and he should have told you." I said to the dad.
"I shouldn't have put a 14-year-old in that position," he said.
Yeah, I wanted to agree with him. You shouldn't have. But you're the divorcee. The fun-time dad.
"Look, any movie that is degrading to women, I'm going to object to."
I wanted to say, you have a daughter too. Don't you get it?
But I didn't.
I'm reconsidering the freedom my 14-year-old has. You can bring your friends here, I told him. For awhile. Let's stick around home. Where I know there are adults who are keeping an eye on things.
at April 27, 2008 2 comments: 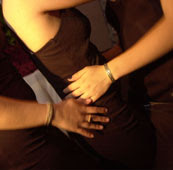 A group of 8th graders travelled by bus from the flatness of central Ohio to the former swampland that is our nation's capital. The boys were herded into the back of the bus and the girls coralled into the front with the chaperones sitting between. They hit all the major monuments, and were stunned into silence at the Holocaust Museum. The week culminated with a dance and dinner cruise along the Potomac. The boys, growing tall and gawky, put on polo shirts and dress pants. The girls donned dresses and skirts, some of them daringly wearing spaghetti straps under a pearl-buttoned sweater. The shoes were a disappointment, but the teacher insisted on flats only, no heels. The girls' hair was slicked straight and many opted for a ponytail. Giggling, they boarded the boat and were surprised to see another group of students -- 8th graders from Miami, Florida.
These students looked different. The girls' dresses were cut low across the chest and high on the leg. They glittered with jewelry and hair ornaments in their wild curls, frizzing in the swampy heat.
When the dancing began, the groups were mingled. These central Ohio kids knew how to dance. They'd been going to dance club for six weeks, stepping and shaking in rhythm to the music and the directions of the dj. But they weren't quite ready for the Miami kids' dancing.
One boy, about 5'4" and with a smooth, innocent face, stood doing his goofy dance, his arms in the air bending back and forth like windshield wipers. His friends love to watch him make up dances. Suddenly, a girl from Miami joined him. Her dance moves were centered a little lower.
"She was just humping him," said one 14-year-old observer.
"What'd he do?" I asked.
"He ran."
And when he told his girlfriend, she laughed.
Another boy, a little taller, his muscles beginning to fill out, his face tan and his smile dazzling, shrugged his shoulders when two girls asked if he wanted to dance.
He knows now that he should have said no. Shouldn't have been so accommodating, but when they began to grind on him, he wasn't the one who went running from the dance floor, it was his girlfriend. She still isn't speaking to him, in spite of pleas and tears.
"Those girls from Miami, they were different from the ones here," my wise 14-year-old observed.
"Compared to them, our girls are prudes," said the boy who sat on the sidelines watching and refusing to dance.
"Well," I said, "let's just call them more modest."
And, as I pulled the car into the garage, I felt pretty good about our move to this small town in central Ohio.
at April 22, 2008 1 comment: 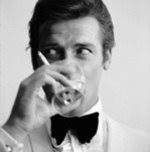 My kids have done pretty well adjusting to school after all those years I tortured them with homeschooling. The thing we homeschool moms laugh about is when people ask the "socialization" question. We spent our days driving to sports and crafts and trying to get our friends to take their kids back home rather than leaving them at our house for another day. Socialization is not a problem for homeschoolers. They play with kids of all ages.
And, I'm lucky that, although one of my kids is struggling with test taking, he has mastered the school social stratum. He has had a couple of girlfriends, but he's really more interested in hanging out with his buds, coming home covered in mud from football in the field or basketball on the court. His hands grow weary from Guitar Hero and Play Station.
He came home one day and said some girls made a list of the hottest guys at school and he was number one. He was obviously feeling pretty good about that.
"Who are the girls?" I asked.
"Oh, just some girls. I would never go out with them or anything," he said.
They are on a different rung of the ladder from him. A little lower, just dreaming of the guy on the rung above them.
I'm not sure if I should be bothered by his feeling that some people are beneath him, but am I kind of disturbed to realize that I was one of those girls. I might have made a list. I might have given a secret nickname to the hot guy, but he was never going to look at me.
at April 16, 2008 1 comment: