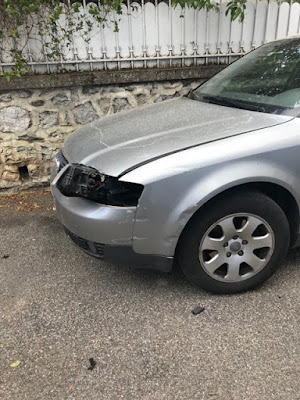 No matter, we're still enjoying life.
As for our living arrangements, they become more nomadic by the week, so I promise an update soon.
at May 05, 2019 4 comments:

"Oh, the Places You'll Go!" as Dr. Seuss might say.
Yesterday I went on an 18-mile bike ride (that's 28 kilometers for those using metric measurements) with a French friend. It adds an element of skill to try to maintain a conversation in French along with riding up steep hills in the countryside. (She speaks excellent English so we only speak French to help me practice my language skills.)
The places we came across within a 10-miles radius of my adopted home. I had never been to the village of Montazels, but a climb up a fairly steep hill took me to the charming village. My friend pointed out a former chateau, but all I saw was a petanque pitch. Apparently, you can only see the chateau from below.
We stopped for a picturesque selfie. 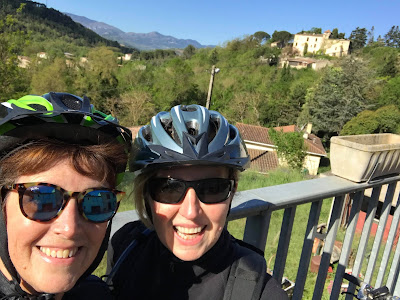 That's the chateau behind us up on the hill and you can see mountains beyond in the split of the nearby mountains.
Next we coasted down the hill into Couiza where I caught a glimpse of another chateau I'd never seen. Duc de Joyeuse is a bed and breakfast now. 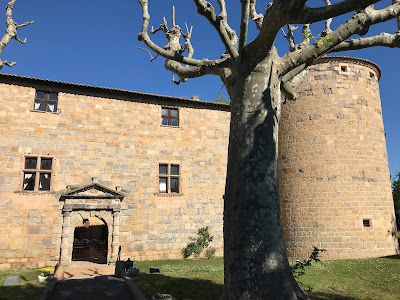 This isn't a great picture, but the sky sure is beautiful.
And in the other direction is the expected row of plane trees. 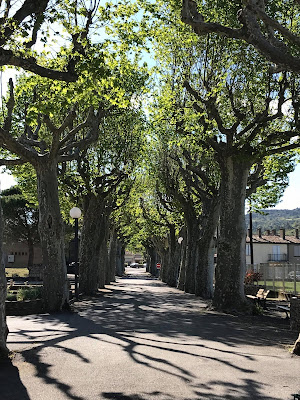 We saw so many gorgeous landscapes, but I couldn't stop all the time to take pictures.
I did get a shot of some poppies blooming. Yes, it's the beginning of poppy season here. 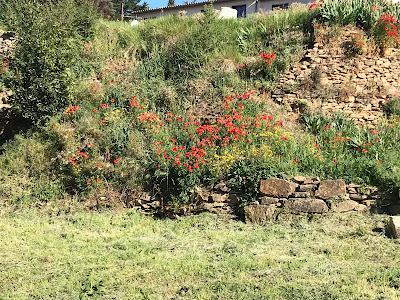 And this garden is very well maintained.
We stopped for coffee and pain au raisin, because what's the point of riding through the French countryside if you can't enjoy a pastry and coffee.
What a lovely morning exploring and enjoying life in France!
at May 01, 2019 3 comments: