This morning I jauntily set off on my run. The weather app showed cloudy skies and nothing to worry about until high winds around 1 p.m. The temperature was 7 C, that's about 44 Fahrenheit. As I ran my 5K, I stopped and shot a picture of a rainbow. What luck!

When I turned back toward home, the rainbow wasn't visible and the wind began to pick up. Soon the rain joined it. A light misting at first, then it began to pour in earnest. I usually finish my runs with a walk to stretch, but the dire weather convinced me to keep running until the end as hail began to pelt the bill of my Nike cap.

I made it inside the kitchen, soaked and shivering.

"Well that was unexpected," I called to Earl as I walked in the house.

He came to the kitchen and held up my bath towel. "Need this?"

I pulled off my hat and my jacket, handing them to him. I untied my soaked shoes and peeled off my socks so I wouldn't leave wet footprints on the tile floor.

"Is that it?" Earl asked, gesturing to my shirt and my pants.

"Yeah, I'll hang my pants on the radiator upstairs," I told him.

He turned to strategically place my wet clothes on the radiator in the kitchen.

"No show today, folks!" he said to himself.

"You've seen this show plenty of times," I reminded him.

"Yeah, but it never gets old. That's why I bought season tickets." 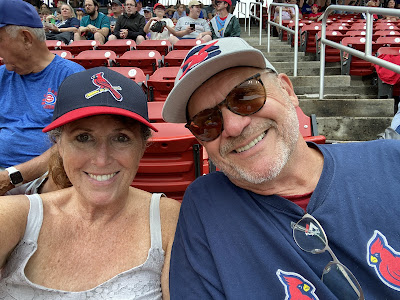