The End of My Rope

This is the closest I've come to throwing in the towel and leaving France behind.

Everyone is healthy. No crises. It's my own personal Achilles heel that drives me to the edge, tempting me to put it all behind me and return to the States.

Taxes. French taxes are  currently the bane of my existence, but only for about 12 more hours because they are due today.

I realize I'm being unreasonable. I put off doing US taxes, but I got them done while we were visiting friends and family during our five week trip. And on Monday, May 17, the official tax day in the U.S. this year because of COVID, the government promptly removed the $5,400 we still owed in taxes.

I didn't worry about French taxes, which I thought were due in June. Then I saw that they are actually due on May 26th. I'd better get moving. But since we don't have a tax number, we have to file a paper copy. The paper copy is due on May 20th. That's today!

I joined a Facebook group that helps English speakers figure out taxes, but truthfully, they could be speaking French or Bulgarian. The helpful files are called things like F2041E or IMPOTS deduction for pensions alimentaires.

Earl and I jumped in our car and went to the tax office half an hour away. We were outside a few minutes later slightly stunned. The man was the most helpful federal worker I've ever run into in France or the US. He gave me two forms and a phone appointment, saying his colleague will call me Thursday at 3:30.

My hopeful feelings died bit by bit as I struggled to understand where to put the numbers in the two forms I'm working on. I just get so agitated, either because it's about taxes, or money or budgeting, or my own inadequacies. Whatever it is -- I hate it.

I went for a run this morning, hoping I'll be able to calm the beast within. Derrick is coming over to look at it with me, but really just to offer moral support.

Whatever happens, I'll have a chance to ask a few questions this afternoon when the tax worker calls -- preparing for a telephone conversation in French, another stressor.

I'll turn it in and see what the French government thinks. Then I'll start preparing for next year. Maybe we'll pay someone to do our taxes in France.

Since many of you read my blog to keep up-to-date on my novels or my travels in France, I wanted to let you know about a new Facebook group that might interest you.

The group is called Novels Set in France and it highlights books that -- you guessed it -- take place in France. You might find some new favorite books there.

I have no doubt that you'll be able to add some interesting ideas and discussions to the group.

Let me know if some of your favorite books haven't been included yet.

And, just in case you've fallen behind on reading my novels, here are some pictures and links: 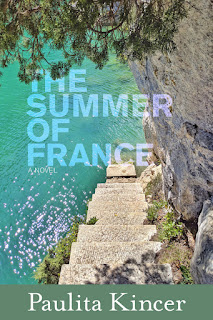 The Summer of France: When Fia Jennings loses her job at the local newspaper, she thinks she'll have the chance to bond with her teenage twins. As she realizes she may be too late to create the perfect family, she's saved by a phone call from her great Uncle Martin who runs a bed and breakfast in Provence. Uncle Martin wants Fia to venture to France to run the B&B so he and his wife Lucie can travel. He doesn't tell Fia about the secret he hid in the house when he married Lucie after fighting in World War Ii, and he doesn't mention the people who are tapping his phone and following him, hoping to find the secret. 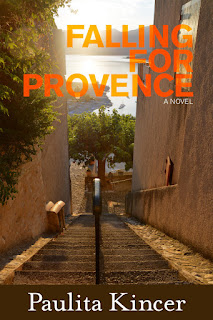 Falling for Provence: Running a French B&B isn’t all wine and smelly cheese, Fia Jennings discovers as she tries to create a new life for herself and a smooth path for her teenage twins, while not—absolutely not – falling into a new romance. But she didn’t anticipate a handsome stranger showing up on her doorstep and sucking her into an art caper with dangerous overtones. Can she make a new life in France or will she retreat to the States and her broken marriage?
Paris Runaway: When divorced mom Sadie Ford realizes her 17-year-old daughter Scarlett has run away to Paris all she can imagine are terrorist bombings and sex slaves. After learning her daughter chased a French exchange student home, Sadie hops on the next plane in pursuit. She joins forces with the boy’s father, Auguste, and the two attempt to find the missing teens. The chase takes Sadie and Auguste to the seedier side of Marseille, where their own connection is ignited. Since the divorce, Sadie has devoted herself to raising kids and putting her dreams on hold, but when her daughter needs her most, Sadie finds that concrete barrier to life beginning to crack. In her journey, she learns the difference between watching the hours pass and living. 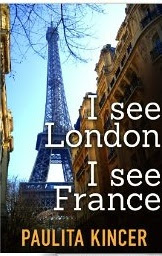 I See London I See France: When her husband of a dozen years walks out in a huff, Caroline Sommers walks out too - to Europe, with her kids after impulsively selling her minivan for travel money. Tired of being the perfect wife, she escapes to rediscover herself, and possibly rekindle the unrequited love of a Frenchman from her college days. While shepherding her kids from London to Scotland then Paris to Provence, she finds herself at a crossroads. Does she choose love, or lust, in the arms of a European man, or should she try again with the father of her children and the man she truly loved, once? 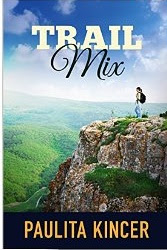 Trail Mix: In the tradition of Wild by Cheryl Strayed, comes a novel of two suburban women who decide to hike the Appalachian Trail, escaping their lives as moms and wives in search of nature, adventure, and the ultimate diet plan.
How does a woman know what she wants after spending 20 years thinking about her husband and children? Sometimes it takes a distraction from everyday life, time to examine the forest before the trees become clear. With no previous camping experience, Andi and Jess begin the 2100-mile odyssey from Georgia to Maine. The friends figure life on the trail can't possibly be worse than dealing with disgruntled husbands, sullen teens home from college, and a general malaise that has crept up in their daily lives. At the very least, the women are bound to return home thin. 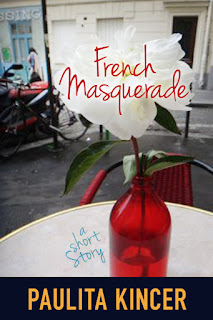 French Masquerade: A short story: As Joanna’s only son graduates and her marriage stumbles to an unexpected close, an old friend drags her to Paris to drown her sorrows in wine, museums and men with accents. Can the City of Light ignite a spark in Joanna or only torch songs from her younger days?

Five weeks slides past in the blink of an eye.
We go from a longed-for stay with those we love in the States, to the comfort of a familiar bed and a bright kitchen, along with the sharp claws of one méchant cat.
When we decided to live in France, we always promised ourselves we could return to the States if anyone needed us, but we hadn’t anticipated a worldwide pandemic.
So 14 months after our last visit, we could return to this crew
Tucker, Kaitlin and Spencer celebrating Mother’s Day with me at an outdoor brunch.
We started in Florida, isolating for a few weeks to make sure we didn’t catch COVID from any of the 20 people on our flight across the Atlantic. We loved having time to hang out with Mom and Dad, plus frolic in the pool.
I got to see so many people I love, including both my brothers.
Craig traveled from Texas to visit Mom for Mother’s Day and we arrived that evening in time to share some memories.

My younger brother Kevin celebrated a birthday and I got to join him.
We stayed with our friends Deb and Greg and, of course, got to attend a Blue Jackets hockey game. We had a suite to watch the game so were separate from other fan, but it seemed so close to normal.
Gathering with their family and Dave’s (our dentist and friend) family too.
We ate outdoors at restaurants from the very first night in Ohio, as the boys reminded us to eat pizza with our hands rather than with a knife and fork. We got to stay at Spence and Kaitlin’s apartment; everyone is so grown up. Their cat Mrs Potts never took to us.

Lovely evenings with friends around a fire, sharing stories.
That is some studio, Sheila. Amazing stained glass creations are sure to come. And the beans and rice you served were delish.
Met my running friends for coffee where we talked about running and also gathered outdoors with my writing friends! I'm sensing a theme. No writing or running was accomplished during these gatherings.
We visited with beautiful babies like Henry
And Elizabeth
That is one of the things we really miss in France, getting to visit with little ones. There's a café owner in Quillan with a little girl, maybe six, who will occasionally join us for a card game, but it's harder to make connections with kids than it is with French adults.
A dental implant curtailed my activities at the end of our time in Ohio, but I healed enough to eat some home cooked meals with Mom and Dad - a Kentucky-style big breakfast.


We did a bit of work around Mom and Dad’s, but mostly we were pampered, feeling the love of a long-awaited visit.
On Saturday night, we caught a flight in Miami and flew to Barcelona. It wasn't without its challenges. We stood in line at American Airlines for two hours before a hassled worker led us by the hand through security to catch our plane on time.
The airport was mayhem, but the flight was over an hour early.
Our friend Derrick came to fetch us in Barcelona. Luckily, he couldn't sleep so drove to Barcelona early.
We stopped in the Spanish town of Roses along the Mediterranean for the sea breeze and a nice lunch.

Restaurants in France are still closed through Wednesday.
So nice to be home again after five weeks of shared experiences with our family and friends.
at May 16, 2021 No comments: