How to Have Perky Breasts

True confession: I am on the downhill side of 40 and I still don't wear a bra.

My doctor confirmed that I have "dense" breast tissue as she looked at the results of my recent mammogram. I like to think of them as "upstanding" breasts. Did I do anything different to make sure my breasts didn't begin to sag as I got older, had three children, nursed for over five years? Yes, I did, and I'm going to share my secret with you here.
My journey to perky breasts began more than 25 years ago with a college student trip to Europe. The photos are dull instamatics where I look like an outline. 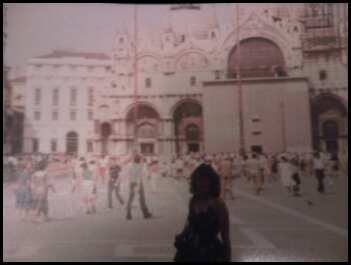 Here I am in Venice in St. Marco Square.
The trip took us through about 12 countries in three weeks. Everyone, including the bus driver and the tour guide, were college students. Most of us were American college students; the bus driver was Giorgio from Italy, and the tour guide was Christian from Austria.
I'm going to say I was fairly conservative at the time, but one night, sitting with Christian and my boyfriend Todd who I was traveling with, we had a discussion about bras and breasts. 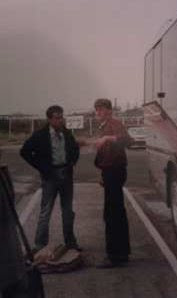 Strange as it may seem, this conversation was the basis of my breast philosophy for the rest of my life.
At that time 25 years ago, lingerie was not as popular in Europe as it was now. People bought perfume and chocolates and cuckoo clocks, but not lingerie. The reason was scandalous -- most European women didn't wear bras.
Christian, the Austrian who apparently had put a lot of thought into this theory, suggested that when women wear bras, the bras do the work to hold the breasts up. Once the bra comes off, the breasts sag.
And that was it. That theory formed my breast philosophy. I got rid of my bras and haven't looked back.
Occasionally, I'd buy a pretty bra to wear to seduce my husband. I had some nursing bras to keep wet spots off my blouses when the kids were little. As soon as they were old enough to eat solid food, the nursing bras were packed away.
I've wondered throughout the years if I should start wearing bras. I'd do the pencil test -- you know the one where you put a pencil under a breast to see if the breast will hold it up. Nope.
Whenever I put a bra on, it feels itchy and uncomfortable. I sit in church behind coeds and notice the awful lines that bras make on their backs, no matter how thin they are.
All of those reasons seem legitimate to continue to leave the bras in the lingerie chest.
My doctor isn't buying the perky breast theory. She says it's probably genetics. As proof, she offers the National Geographic pictures of natives who never wore bras. But, seriously, those women have led much harder lives than I have.
Not wearing a bra has worked for me, even if I didn't burn my bras for revolutionary reasons, it still feels a little naughty to go without it.
at May 10, 2011

I'm one of those uncomfortable without a bra. I couldn't wait to wear my first one when 13 or so and haven't looked back.