I like to think that in France, people are not obsessing about the Super Bowl like they are here in the United States.
But, in honor of the Super Bowl, here's a photo of French football.
My boys playing soccer on the soccer field outside of our hotel in Bandol. They were 12 and 10 years old at the time. 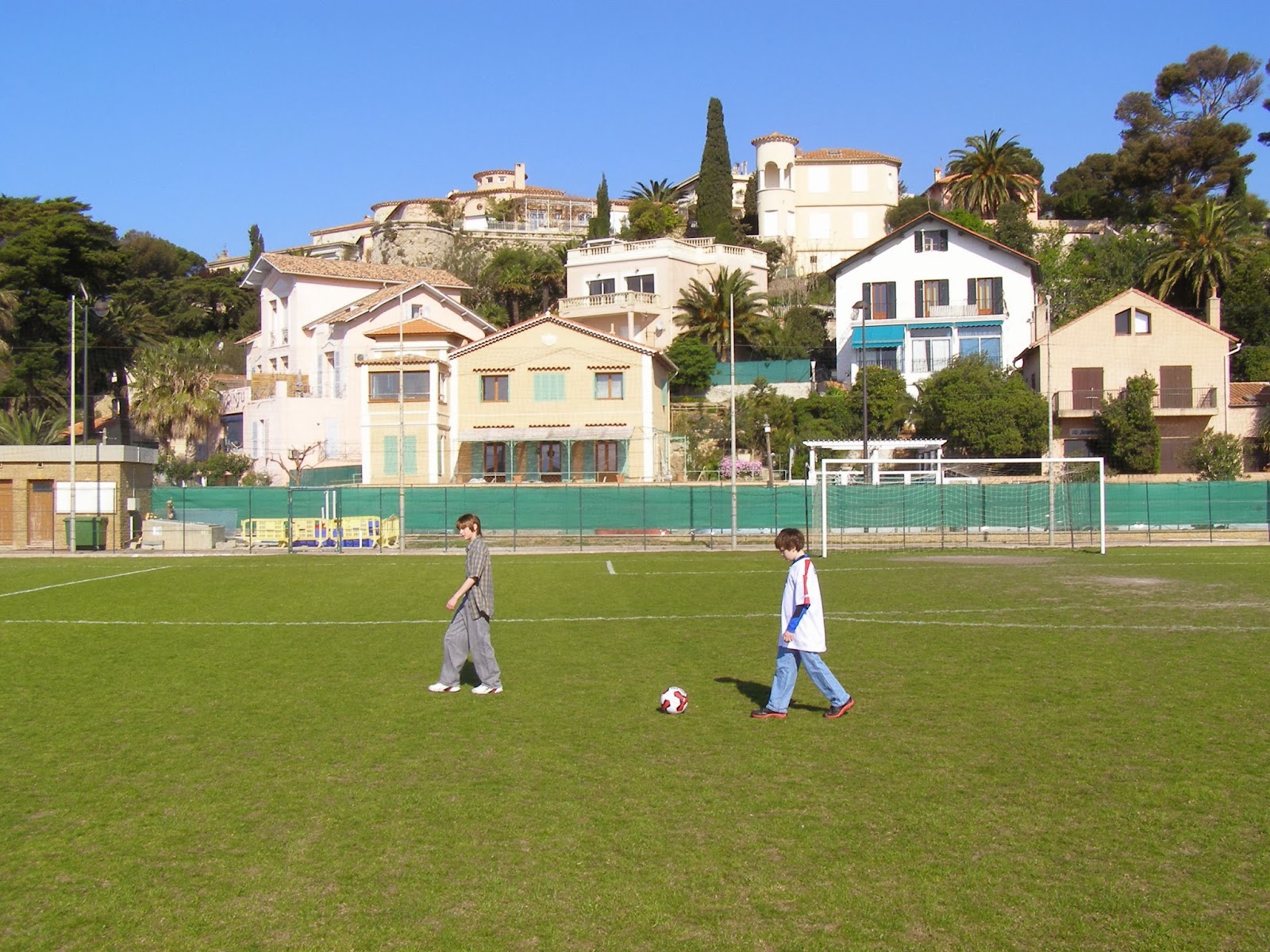 Bandol is along the Mediterranean and this soccer field was just along the coast. 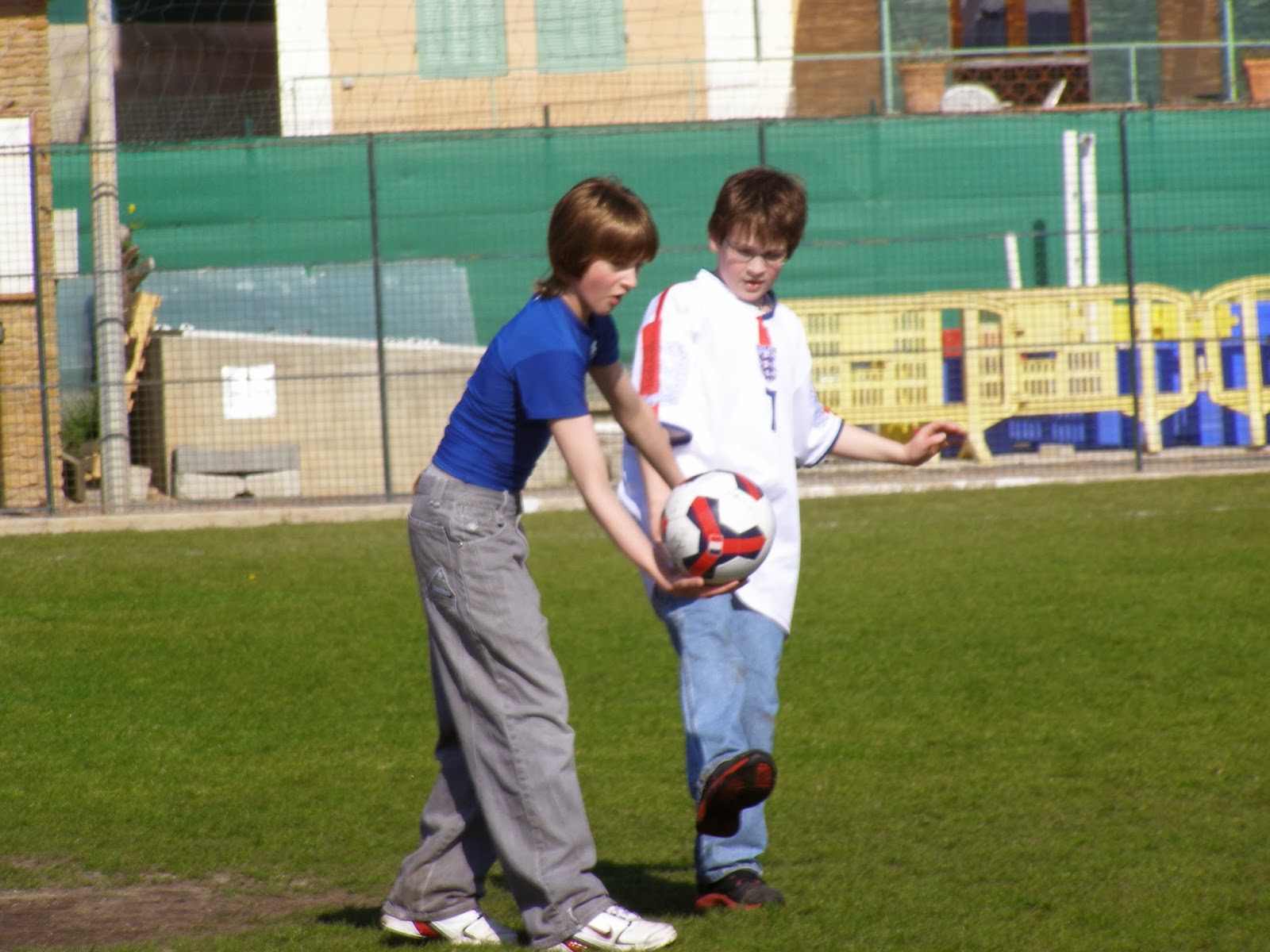 Later they met some local boys who played a game of soccer with them. 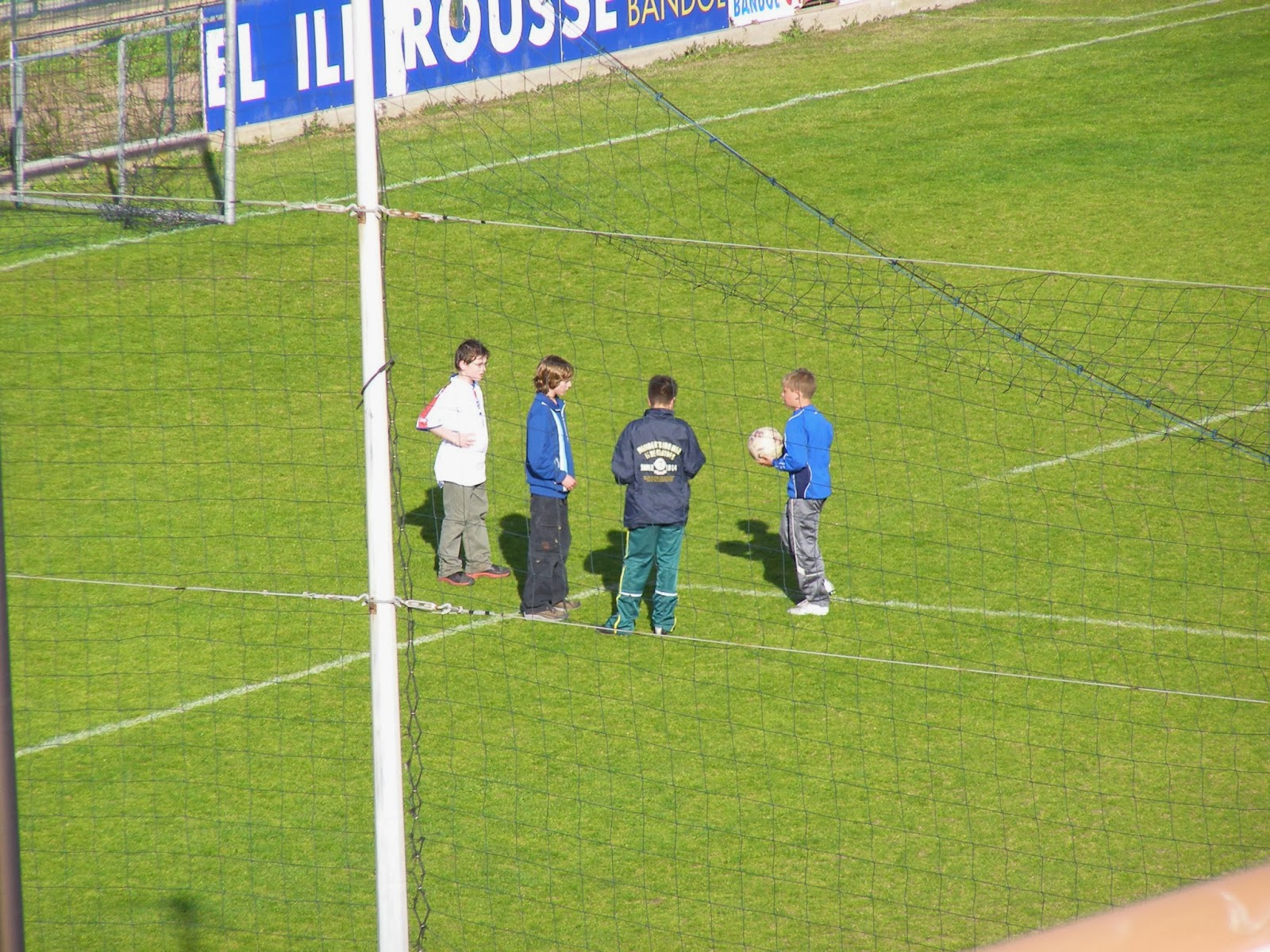 Spencer said the kids talked kind of funny, but they were able to work out the basics through the language of football.
This was a great experience for them.