I'm so tired of giving my boys "consequences" for their misbehavior. After 19 years of parenting, I want to be finished.
Spencer got caught in a lie this weekend so he's now dealing with the punishment, which means a lot of family time. For Spencer, who is the most social of all my kids, this is torture. He wants to hang with his friends any time he is not at work or basketball.
His friend Danny, who got caught in the same lie, did not receive any consequences, and that drives me crazy. Danny doesn't speak nicely to his mother and rarely spends an evening at home during the summer.
When Spencer woke up at 7:30 this morning to get to weightlifting by 8 a.m., I told him he could ride his bike to school for lifting.
"I'm supposed to give Danny a ride," he said. 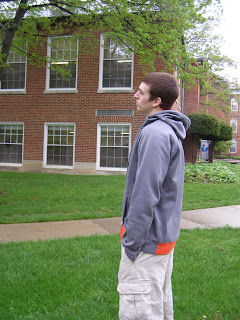 "Yeah, that's why I'm making you ride your bike, so you don't spend extra time with Danny."
Because this boy doesn't have consequences, he never worries about misbehaving or getting caught. That makes him a bad influence.
I'm not one of those moms who believes my boys are perfect and being led astray by other boys. My boys know right from wrong and they are making mostly good, but some bad, decisions. When I find out about the bad decisions, they face consequences, as much as I would prefer to wave them out the door to hang with their friends.
This morning, as I saw my frustration level rise, I called Danny's mom just to let her know why I didn't let Spencer drive Danny this morning.
"Oh, Spencer didn't go to the turf last night?" she asked. "They were doing some live action role playing game."
"No. Spencer was grounded," I said. "He cleaned the basement and has to wash the cars."
"Oh. I told Danny he needed to be a better friend to Spencer and help him resist peer pressure," she said.
Yeah, I needed to hang up then, but I did give the mom some missing information about what happened this weekend. Apparently, surprisingly, Danny hadn't told his mom the entire truth.
And then when the mom started to cry because her husband never supports her and she's tired of parenting alone, I had to comfort her instead.
Earl was shaking his head at me as I finally got off the phone. I wanted this mom to understand why consequences are important even as our boys move toward their senior year of high school. This is our last chance to be sure they make good choices and give them simple consequences like being grounded. In the real world, the consequences can be greatly magnified.
at June 13, 2011

I say write a book on parenting next. You're an awesome one.

that made me laugh, I love that you ended up comforting her.

i love how your moral compass is always so "on." your family & friends are lucky to have you. ---ya.. that goes for you too dakota.

Courage Paulita. Man did this strike a chord! I often felt like I was alone in the world of parenting and discipline. At the time, my kids made sure I knew I was the ONLY parent giving out such horrible consequences. Why was I apparently the only one? I questioned myself all the time. FYI...they still haven't become the angels I envisioned at the moment of their birth. But they are great young men and yes, they have thanked me for my
tenacity. Of course, they often still make fun of me for it as well!

It is so hard to have to always be the voice in the wildness. Sorry I haven't called this week. Hannah time before she leaves. You are a stellar mom. He will be a better man for it

"Oh. I told Danny he needed to be a better friend to Spencer and help him resist peer pressure," she said.
Perhaps "Danny's" mother meant that there is safety in numbers, and that having a BEST FRIEND so you can STAND BY each other when those difficult teenage peer pressure decisions arise is what she meant? NOT that "Danny" was "better" than Spencer in any way, rather that trying to navigate the "perils" of HS with your friend is easier. As for "no consequences" you can't possibly know what was really going on with that Mom and her family without "walking in their shoes". She obviously trusted you enough to confide in you the then current conditions of their home-life and her struggles, never realizing you were feeling so intolerant on the other end of the phone. Fake empathy and "comfort" from you most likely mislead her into continuing to believe you were her understanding friend. Mayhaps , as moms, we EACH feel like we're the default parent sometimes?