Spencer will be a senior next year, which means it's past time for us to start looking for a college. We've made only one college visit and he was underwhelmed with the small college where I graduated. "Didn't seem very fun" was his observation. Okay, now we've established the parameters. College must be fun. Is that all we're looking for? 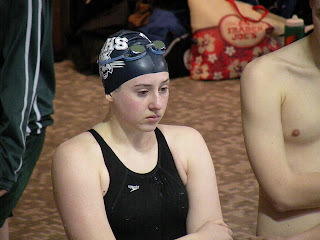 The thing is, even though I've sent one kid off to college, I don't know how to search for colleges. The summer between Grace's junior and senior year, she began to get letters from swim coaches. We looked at the colleges that tried to recruit her and that's how we chose. Maybe it wasn't our smartest move since she ended up dropping swim team, but she got into a great college and the swim coach probably helped coax the school to accept her.
Spencer is obsessed with basketball. He plays basketball every day or lifts weights. He is "the big guy" on the team at 6-foot, 4, 190 pounds. I had asked him before if he thought he would play basketball in college.
"Nah," he said. I couldn't tell if he felt afraid that he might not be good enough or if he genuinely didn't want to play. When we went on the college visit, he didn't want to meet the basketball coach.
Basketball must be harder to get into in college, since they only need five guys at a time, unlike swimming, which has teams of 20 or 30. 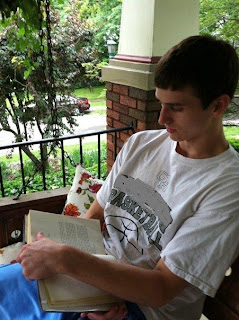 If basketball is out, what do we look for, I wondered. He doesn't know what he wants to major in, so our only criteria is "fun."
Although it is June, high school basketball is going strong. On Friday the team had a tournament at a college outside of Columbus. Spencer took the bus with the rest of the team and reported when they got home that the team won 3 games, lost 1.
"Great," I said.
Later, as we sat together, continuing the two-week long grounding, he said, "Oh, the --- college coach asked about me."
He threw it out like no big deal.
The college coach approached Spencer's high school coach to ask whether Spencer was interested in playing college ball. The coach said yes.
"Even though we've never talked about," Spencer told me.
Of course the coach said yes. He knows Spencer is a gym rat. He can't imagine that a diploma will wipe out that passion.
I felt a relief, a joy, rush through me. Now our college search could be guided to certain universities that wanted Spencer to play ball.
Little details, rules, started to infiltrate my brain. That's right, college coaches can't approach high school students until after July of their junior year. They can talk to the high school coaches though.
Then I started wondering why my children are so competitive about sports, good enough to draw the attention of college coaches. Neither Earl nor I are particularly good at sports, but I was really good at school. I graduated from college magna cum laude. My kids seem to be fairly uninterested in grades. I'm sure they are just as smart as I am (was), but they aren't spurred to work hard for grades.
Let's face it, that can only be my fault. I homeschooled them through their formative years. Because I got good grades, I never pushed the kids, telling them they must get an A in class. And they seem to feel that a B for a little bit of work is better than an A for a lot of work.
At least they're motivated to work hard in sports and maybe that will transfer to their lives if they can find careers they are passionate about.
at June 27, 2011

damnit my kids don't like sport and don't care about grades. What's left? And I'm not so sure that they're particularly interested in being upstanding citizens either. I guess its all about fun for them.