A friend of mine has lost 30 pounds on the HCG Diet.
Meg is one of those friends I see during basketball season because she has a son the same age as Spencer. I hadn't seen Meg for a few months when we worked together at basketball concessions last weekend. She walked in and I said, "Wow. Have you lost weight?"
"I've lost 30 pounds. Thirty pounds to go," she said.
She is doing the HCG Diet, which involves taking HCG drops and limiting calories to 500 per day. Everyone at the school where she works was doing the diet, so she decided to try it. 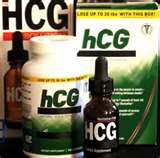 "I'm not hungry at all," she said, "but I hate a lot of the food that you're allowed to eat, so a lot of times I'm not eating."
Anyone who knows me, understands that the thought of dieting sends me running for a mocha. Just the thought of deprivation makes me crave things. This HCG diet is also not for me because dieters are not supposed to exercise. Exercise is crucial to my mental stability, but I thought some readers might want to know that it has worked for my friend who tried it.
I don't have a lot of details about it, but Dr. Oz (whoever thought I would refer to Dr. Oz for medical info?) has an article about it and some shows about it.
Dr. Oz talks about HCG shots, but my friend Meg was taking HCG in either pill or drop form. The way she explained it, HCG is a hormone released during pregnancy that prevents the body from going into starvation mode. That way, people can eat very little and lose weight rather than their body preserving those calories.
Some people have tried the 500 calorie diet without the HCG, but their results were not as good.
As for Meg, when she loses 30 more pounds, she cannot wait to eat a Chipotle burrito.
at June 17, 2011

I've never heard of it but I sure would like to lose 30 pounds. Not going to happen.

Dieting makes me feel deprived too. I can't even imagine a 500 calorie-a-day diet. Sounds like starvation to me.

I found your blog when I was looking for a different sort of information but I was very happy and glad to read through your blog. The information available here is great. Hcg diet

What a great post, I actually found it very thought provoking, thanks Hcg diet

Good stuff. Thank you so so much for sharing your knowledge with the world through the Internet. Wonderful blog and post you got here
HCG Diet
HCG Diet Drops