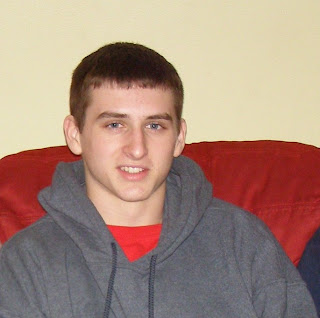 My life is so different now that my daughter has gone away to college. Here's just one example.
In the car the other day, Spencer and his friend Dakota were in the backseat on the way home from an AAU basketball game.
"So are you going to prom, Dakota?" I asked.
"I don't know. Probably." Dakota looks to Spencer and they both shrug.
Spencer, who has heard this question before, adamantly said no to prom about a month ago. "Why would I spend that much money if I'm not dating someone?" he asked.
Last week he said, "Maybe" lilting his voice up at the end, which means there's a girl he may want to ask, although he would die rather than tell me who. 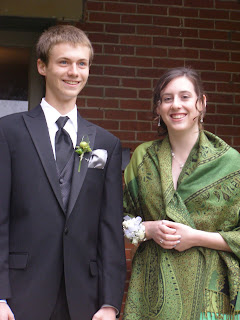 My friend Stephanie told me her daughter's prom is in two weeks, so I asked the boys if they were running out of time.
"When is the prom anyway?" I asked.
They both looked blankly at each other. They had no clue.
Last year, the minute spring musical wrapped up, we were ankle deep in prom preparations. Dresses were chosen and shoes admired. Hairstyles considered and flowers ordered. The date, the group, the dinner, all were in order long before the prom tickets were printed. That's how it goes with girls.
With boys, the pace is a little slower. 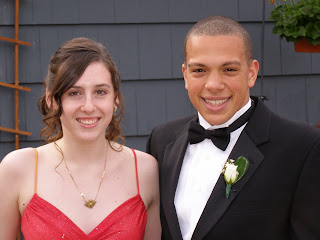 I wouldn't be surprised if prom came and went with the boys not even noticing that it had passed. But I plan to pressure Spence a little bit to ask a girl his age, rather than the freshman and sophomores who flock around the upperclassmen; a tall girl who might not get to wear heals unless she goes with a tall guy like Spence. Okay, I already have a girl in mind who he was texting the other day -- not that it means anything. They all text each other constantly.
I imagine if he does ask someone, we'll be scurrying to find a corsage and to buy black dress shoes that will match his tux.
I went to the school website this morning and learned that the prom isn't until the middle of May. We have plenty of time -- in boy time, that is. In girl time, we would already be in panic mode at the lack of a date.
at April 03, 2011

All this time said...

I think I owe my sister an apologie. I could never understand why her boys never knew anything (.....until they needed to know it)

We our in full prom drama at our house - times 2.

MacKenzie is going for sure and has all prom accoutrements, minus a date and shoes. Her "group" thus far includes 2 single girls, 2 single boys (one has asked Mackenzie to prom twice in the past week, and both of them are former boyfriends), and one newly-formed "prom" couple (none of the others like the boy in this couple at all). They are all coming to dinner at our house.


Mason refuses to take a date, so doesn't know if he will attend, nor what he will wear if he does. At this point, he doesn't belong to a group, though his best friend is trying to get him to go with his group. And no, he won't even consider joining his twin sister's group.

Did I mention that the prom is in 2 weeks?

Yes, yes yes...big difference between the thought process of teen boys vs. teen girls when it comes to these things. I have one of each.

Haha, there are so many guys at my school that are exactly like your son. They want to go to prom, then they don't and they definitely are in no hurry to get ready or go shopping for a tux or buy tickets. The male gender is definitely far different then the female.
Loved the post!
Makayla

So true-huge difference between boys and girls.

The only reason my boy's dates EVER had any flowers was because I worked as a floral designer. Since they didn't bother getting dressed until 5 minutes before, I had all Saturday afternoon to spend at work making corsages. Because it didn't take long for their equally tardy friends to figure out that I could save their slow-paced butts as well.