Last night, after dropping Tucker at swim practice, my eyes blurry with tears, I planned the blog post I would write. He turns 15 today and our relationship is stormy. 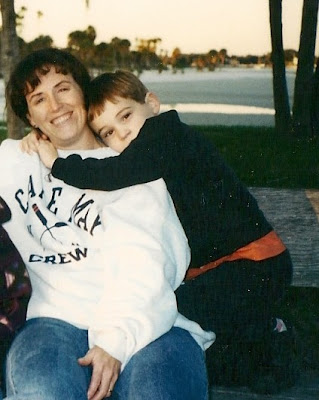 As a child, he loved me most ferociously. No one else would do for Tuck. He had to have Mama.
Now as a teenager, he hates with an equal passion. 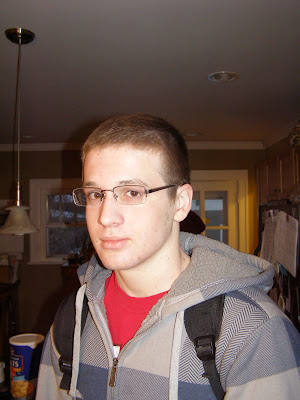 Oh, I know that this will pass. I know he is marching toward an adulthood where his strength will be an asset, but that doesn't make it any easier to deal with him now.
I see him wince at every word I say. Any suggestion, any observation, any witticism is like a dagger in his teenage heart. 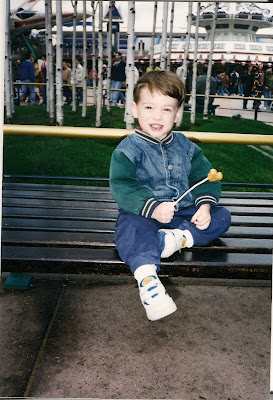 I spent the day shopping for the list of clothes he requested for his birthday, entering stores where the music is too loud, the lights are low and the scent of cologne burns the inside of my nose. 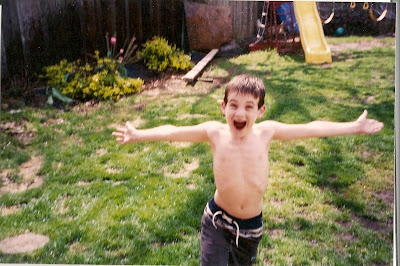 As he berated me on the drive to swim team, he couldn't know that I had skipped the Statehouse Rally to make his birthday special.
Earl called me as he walked past the rally on his way to work. People chanted. Bands played.
"Those are for people who don't have a kid having a birthday tomorrow," I explained to him as I walked past the Cinnabon inhaling deeply. 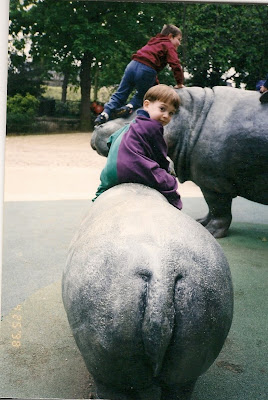 He also had no clue that his girlfriend and I were coordinating a surprise birthday party. 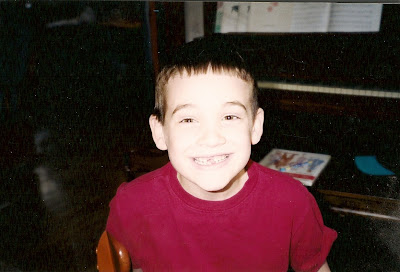 So all of those thoughts were racing through my brain as I went back home. I helped Grace with a French project by phone and nearly fell asleep before it was time to pick Tucker up from swim practice.
He got in the car and I decided to begin my birthday present to him. Silence. I would make no comments that would make him cringe. I would say nothing for most of the day.
"What's wrong? You okay? You tired?" he asked after a minute of silence.
So I broke my silence to say I was fine. 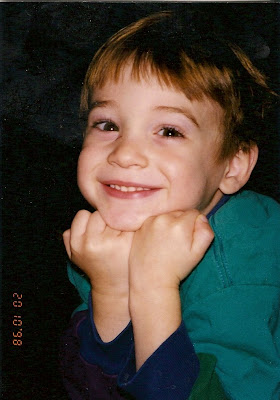 "You know, it's amazing how much better I feel after some exercise," he said.
Don't even get me started. I wanted to bat him upside the head. But I went back to silence instead.
I'll take the good mood when it comes and check out the sky for a blue moon while I'm at it.
at March 02, 2011

I went through all those emotions with you as I read your blog. You are the best - believe that.

There were generations of kids raised without permission to even have emotions.

Happy Birthday to the adorable and fiery bundle of life.

We love all you guys.

I felt everything you wrote .. so with you on this one .. My son berates me too .. and then wonders why I don't talk to him much .. but when we have a good day , we have a fab day :-) .. He is 27 but has just been diagnosed with Aspergers syndrome .. we have lived with it a long time. Big hugs to you. Take care of yourself!

Though I'm past that now, my whole being empathizes with you, Paulita. Sometimes, the loss of their need and their transformation into....into...into teenagers (I have other words for them. Trying to be kind) felt as if it was more than I could bear. Hang in there. He will love you outwardly again. I promise. The silent thing was a great idea, by the way. They get all squirmy when we turn the tables a bit!

I still love you mom. He'll get over it.

I think we just have to believe that fierce love resides somewhere in their hearts. He is a wonderful young man. I wish him the merriest of birthdays

It is precisely because he was so ferociously attached to you that his separating from you is so explosive. I understand all too well how painful it is for you though. My 15-year-old has verbally assaulted me in a similar manner more than I care to think about, although he is also still warm and loving, thank goodness. Multiple personality?

Teenager personality!
I remember some expert explaining that the best way to describe a teenager's brain is similar to that of a schizophrenic.
Thanks guys for the kind words. I'm sure we'll muddle through this.
He gave me a hug and said thanks for the surprise birthday party then he added "that I've wanted since I was seven." Always has to be a dig.

I think hormones makes teenagers schizophreic. For a few years they are just plain crazy and unpleasant. Hang in there.

I can relate to the stormy teens. With my son it was pretty uneventful, but my daughter was very trying at times. Just remember "this too will pass"....LOL