This is a list of 100 things to accomplish in your life, originally posted by Linda at http://lindamathieu.com/.
Which ones can you check off?
Which ones do you really want to accomplish?

1. Started your own blog. Well, yeah, accidentally as you'll notice from the title.
2. Slept under the stars. Yep, along the Appalachian Trail, in Yellowstone Park and at the base of Cadillac Mountain in Maine.
3. Played in a band. I was a flag girl in our high school marching band. I always wanted to sing in a band. I sang a lot of solos at church. My son's in a band too. 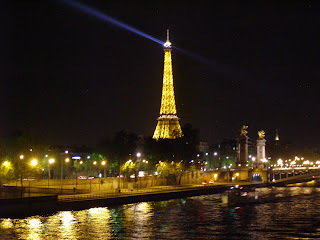 4. Visited Hawaii- Sadly, no
5. Watched a meteor shower-Yes, although I have a hard time staying awake to see them.
6. Given more than you can afford to charity. Again, sadly, no. Although I tried to donate our used car to NPR once and my husband made me ask for the title back so we could sell it.
7. Been to Disneyland-I've been to Disney World and Disneyland Paris. Should I be proud of that?
8. Climbed a mountain- Yes, see note above about sleeping under the stars at Cadillac Mountain in Maine. I had an awful cold and couldn't breathe as we climbed the mountain. I made Earl find us a ride back to the bottom.
9. Held a praying mantis-yes, when the kids were little and I had to show them how cool they were.
10. Sang a solo-Yes, at church and at a prison!
11. Bungee jumped-Not on my list.
12. Visited Paris- Nine times and counting. 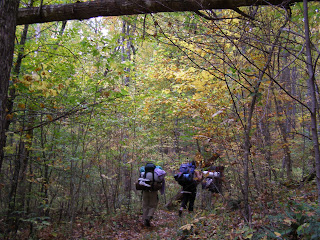 13. Watched a lightning storm at sea- From the shore when we lived in Florida. I've seen waterspouts and hurricanes as well. The bridges all survived and I got to write a newsarticle about it with my friend Suburban Kamikaze.
14. Taught yourself an art from scratch-Hmmm. Can't think of one that I initiated and actually succeed at.
15. Adopted a child-I think we've established that I already overdid my quota of children.
16. Had food poisoning-I used to get sick every time we ate at a restaurant.
17. Walked to the top of the Statue of Liberty-No, I've only been to NYC to shop.
18. Grown your own vegetables- We have a strawberry patch this year, but we grow tomatoes and basil, cucumbers and peppers every year.
19. Seen the Mona Lisa in France-Check
20. Slept on an overnight train- From Paris to Munich and from Venice to Nice. On the Paris to Munich trip a little girl went to the bathroom in the middle of the night and came back to our car by mistake. She was putting her shoes under my bunk when I grabbed her by the little wrist, thinking she was stealing something. I returned her shoes to her car the next morning.
21. Had a pillow fight-all the time with my cousins in Kentucky. We made haunted houses and threw blankets and pillows as the "stickey goo" of Spiderman.
22. Hitch hiked. Nope.
23. Taken a sick day when youre not ill- Isn't that what they are for?
24. Built a snow fort-yes
25. Held a lamb -- Not held, but petted.
26. Gone skinny dipping -- How did I miss this one?
27. Run a Marathon- Yes. Columbus. Once was enough.
28. Ridden in a gondola in Venice-Yes, but not when we took the kids to Venice. Tucker still hasn't forgiven me.
29. Seen a total eclipse-I think so. I remember making those weird boxes in school so we could see the reflection of the eclipse.
30. Watched a sunrise or sunset-Often and enjoyable.
31. Hit a home run-How about a homerun in kickball? Would that count?
32. Been on a cruise- Only a whalewatching tour.
33. Seen Niagara Falls in person-Amazing
34. Visited the birthplace of your ancestors-Relatives still lived there in Three Links, Kentucky when I was growing up.
35. Seen an Amish community-Yes, in Indiana and also when I take Grace back to school in north country New York.
36. Taught yourself a new language- I studied a language -- French. I also studied a bit of Russian.
37. Had enough money to be truly satisfied- I am fairly greedy, so the answer is no, although I am very satisfied with my life.
38. Seen the Leaning Tower of Pisa in person- Yes, when tourists were still allowed to climb it.
39. Gone rock climbing-Does a rock-climbing wall count?
40. Seen Michelangelo’s David- Yes on a college tour. 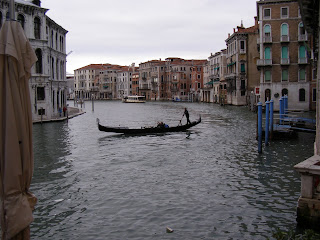 41. Sung karoke- No. Maybe tonight!
42. Seen Old Faithful geyser erupt-Yep.
43. Bought a stranger a meal at a restaurant -- No.
44. Visited Africa-No.
45. Walked on a beach by moonlight- Fell in love with my husband on a moonlit beach.
46. Been transported in an ambulance-No
47. Had your portrait painted -- Not yet.
48. Gone deep sea fishing-No
49. Seen the Sistine Chapel in person-Yes, but was too young to appreciate it. That same college tour.
50. Been to the top of the Eiffel Tower in Paris- Yes with many people I love.
51. Gone scuba diving or snorkeling-Snorkeling
52. Kissed in the rain- Yes, Gasparilla Flotilla 1988 with my future husband.
53. Played in the mud-Built a bat cave in the empty lot next door.
54. Gone to a drive-in theater- Love the drive-in. Fanta sodas and popcorn in brown paper bags. I've found drive ins to take my kids to so they don't miss out on the experience.
55. Been in a movie - Yes. Harper Valley PTA
56. Visited the Great Wall of China-No
57. Started a business-Does it count if I claim a freelance writing business on my taxes?
58. Taken a martial arts class - No
59. Visited Russia-No
60. Served at a soup kitchen. We've served meals for the homeless with the church and worked at a food pantry.
61. Sold Girl Scout cookies. Yes, and eaten many.
62. Gone whale watching- Yes. Had to turn back because of rough weather.
63. Got flowers for no reason- Lovely.
64. Donated blood, platelets or plasma-Used to donate blood regularly.
65. Gone sky diving- I went indoor skydiving in the Smoky Mountains where they have one of those huge fans that blows you up in the air.
66. Visited a Nazi Concentration Camp- Yes. So stunningly sad.
67. Bounced a check-Unfortunately.
68. Flown in a helicopter-No
69. Saved a favorite childhood toy. Still have some, including my Elmo stuffed animal that my brother and his roommate scratched off the pupils and hung from my loft at college.
70. Visited the Lincoln Memorial-Yes, I went to grad school in DC. My favorite was the Jefferson Memorial at night. 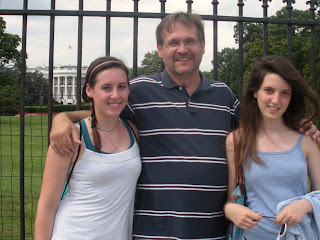 71. Eaten Caviar-On my last trip to France. Not bad on buttered bread.
72. Pieced a quilt - yes. Never finished it.
73. Stood in Times Square-Yes.
74. Toured the Everglades-Almost bought a house there where they pave over the Everglades and name the streets things like Heron Drive for the wildlife they've killed off.
75. Been fired from a job-Only from freelance work.
76. Seen the Changing of the Guards in London- Yes
77. Broken a bone -- "Oh, my nose!"
78. Been on a speeding motorcycle -- Yes, all motorcycles feel like they're speeding.
79. Seen the Grand Canyon in person- Yes
80. Published a book-Not yet
81. Visited the Vatican-Yes and bought a sucker with a picture of Pope John Paul on it for my friend Cyndi.
82. Bought a brand new car- A 1988 mustang convertible. gray and black.
83. Walked in Jerusalem-No
84. Had your picture in the newspaper-Of course.
85. Read the entire Bible-Yes, as a college student.
86. Visited the White House- Yes, the pressroom as a reporter.
87. Killed and prepared an animal for eating -- No. Not on my list.
88. Had chickenpox. Yes and so did all of my kids without the vaccine.
89. Saved someone's life- No.
90. Sat on a jury -- No, journalists never get picked.
91. Met someone famous-The famous Woody Harrelson kiss. See my previous post -- somewhere this past year.
92. Joined a book club- Yes 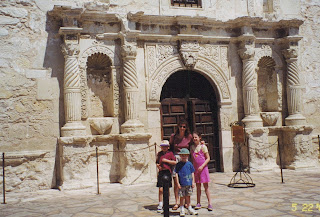 93. Lost a loved one-Yes.
94. Had a baby-Two sons and a daughter
95. Seen the Alamo in person-Yes, with my mom and my kids on the great Texas trek where the air conditioning broke in the car.
96. Swam in the Great Salt Lake-Saw it, smelled it, but never swam in it.
97. Been involved in a lawsuit-Does it count if they sued our insurance company? The little girl across the street was bit by our dog.
98. Owned a cell phone- Yes, after we left the kids home alone and the roofers came to check something, climbing onto the roof while the kids cowered inside.
99. Been stung by a bee -- So many times. I love to go barefoot.
100. Read an entire book in one day-One of life's great pleasures.
at March 04, 2011

That was fun - reading about your accomplishments and thinking about mine.

I've got a looong way to go. Better get started!

Grace, You have many years to go and you've already accomplished a lot!

2. Slept under the stars. ditto
Appalachian Trail
3. Played in a band - flute
19. Seen the Mona Lisa in France-Check
22. Hitch hiked - yep
27. Run a Marathon - twice
26. Gone skinny dipping - on the AT!
31. Hit a home run - lots! softball was my first athletic passion
35. Seen an Amish community - grew up near Kidron, OH
46. Been transported in an ambulance-yes, softball injury
47. Had your portrait painted - caricature drawn?
53. Played in the mud - eaten, fallen in, driven in, caked-in
69. Saved a favorite childhood toy - many (smile)
78. Been on a speeding motorcycle - & rode one into a tree
89. Saved someone's life - my own

hey you made that stained glass window, doesn't that count for #9?

I forgot about macrame and stained glass on my list. I guess I should change it. No a/c in Texas? I can't imagine anything worse.

Stephanie, Love that you saved your own life, cause it's true.
Sheila, I was a little thrown off the by the question about art cause it said taught yourself art, and you taught me the stained glass (and finished it). Same with any macrame, crocheting or drawing that I've done. I've always had a teacher.