I've been thinking about money recently, not just because of the "Didya Ever" post that asked if I had enough money to be satisfied. Truly, it would take so little bonus money to satisfy me.
I started thinking about money when Stephen Colbert on The Colbert Report explained that in the United States, one percent of the people control one-third of the wealth. And 10 percent of the people earn three-fourths of the wealth. Wow. That means the other 90 percent of us share one-fourth of the wealth.
The wealth that the top 10 percent has is so beyond my imagination.
When I fantasize about a lottery win, I think I might be able to afford a Honda Pilot to replace my dearly departed one. (This is not a slam at you, Grace. I just love that car.) 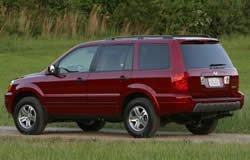 One of my fantasies was that if I won the lotto, I could call the local NPR station and stop the fund drive in the middle. "That's it. I'll cover the rest. Get back to programming," I would say.
I'd like to be able to pay for my children's college education without sweating over the checks. Currently, according to our Quicken report, our college payments take 22 percent of our income. That's with me working two jobs and Earl working overtime whenever he can. That's a much higher percentage than someone poor would have to pay, and those rich people, who make $500,000 a year or more might not even notice the monthly college payment. 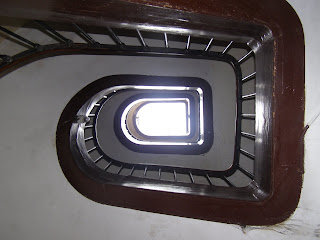 Of course, I'd like to be able to visit Europe frequently too, so that would take some money.
Still, to live the life that I want, to be satisfied, it wouldn't take anywhere near the amount that the top 10 percent of our country control. I don't long for expensive jewels or flashy cars or pricey clothes.
Even my simple longings seem ridiculously selfish when I consider that some families live in squalor or don't have enough food to eat.
If I feel selfish wishing for college money, trips to Europe, NPR donations and a Honda Pilot, how must those top ten percent feel? Shouldn't they be shoveling their money to the poor to try to make things better for them?
The top ten percent are so far removed from the rest of us. Even those making half a million a year are millions below the top ten perecent. And I wonder why we allow so few people to control the resources in our country. I wonder why we don't protest like the people in Egypt and Tunisia.
Even stranger, I wonder how the media can convince the "middle class" people to keep voting for a government that maintains the status quo, low taxes for everyone. The lure of the American dream is what makes people support low taxes for the rich. "That could be me anyday," they think.
Maybe we all need to decide that it's true, we could become unspeakably wealthy because this is America, but maybe if we did become unspeakably wealthy,we wouldn't leave our morals behind.
Come on top 10 percent, pay higher taxes. Make our country a stronger and better place for everyone. We promise if we become rich and you become poor, that safety net will catch you too.
at March 07, 2011

"One" of my untold reasons I didn't have kids, someone told me how much I would have to put away every month from the time they were born - I'm not selfish - I just did the math - we don't have that kind of money.

I think we should all protest in the streets about the cost of education - No I have no answers but it's insanity.

Can I just say that I agree with you 100% ? The news sickens me lately.

I'm still really sorry mom!! Also, I think we should apply for the Amazing Race.

"I wonder why we don't protest like the people in Egypt and Tunisia."
Amazing, we're so docile and easily pleased sometimes.

By the way, your write-up was amazing. I heard that bit on Stephen Colbert too...

Makes sense to me. Someone should be paying higher taxes and it isn't the middle class.