I was working tonight in a tutoring session with a couple of other teachers. One of them is in her 20s, recently married. The other, a single man in his late 40s, was wondering how to handle a situation where a woman left his class repeatedly to take cell phone calls. She said she had to answer her phone because her son was epileptic and the school might try to reach her.
This could be a reason why she needed to check to see who was calling her, but the school probably hadn't called her twice during that hour. The male teacher wondered what he should do about it.
The earnest young teacher turned to me first and asked, "Do you have kids?"
I said yes and she said, "I will probably offend you then."
She turned to the other teacher and said, "I would tell that woman that having kids is her hobby and not my problem."
I was biting my lip to keep from laughing. I wonder if I ever felt that having kids was a "hobby." 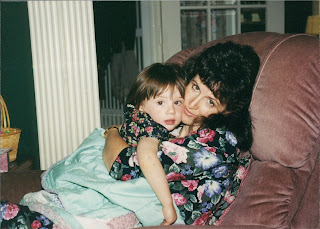 This woman was so sure that she was right. Her students' personal problems, even if it was epileptic children, had nothing to do with her.
I remember talking to another teacher who now has two young children. She lamented that she had been so unfeeling toward her students who were single mothers who worked fulltime and took care of their children.
I told the young teacher, "Someday, you'll look back and cringe that you said having children was a hobby."
She didn't believe me.
That's okay.
Was I ever that naive about being a parent? Probably. The more vehement they are, the harder they'll fall when they have their own kids.
BTW, I don't allow my students to leave in the middle of class for cell phone calls either, but not because I don't respect their dedication to their children.
It's disrupting to the class.
"If you have to take a call, just take your things with you and go," I tell them so you don't interrupt the class again by coming back in.
at July 08, 2010

Kids a hobby? That's a strange way to look at it. I would love to hear what she had to say when she has kids of her own. She has no idea.