Yesterday we left our outpost in Mireval, the place from which we had traveled all around Herault, France (that's a region of l'Occitanie) and moved farther southwest.
On the way, we decided to visit a village listed in the "charming village" posts, called Roquebrun.
We thought it was on the way, but truly, we had to drive into the mountains, then back out the same way to get there.
I thought it was charming and would love to live there, but I have to be honest that it was a little isolated. 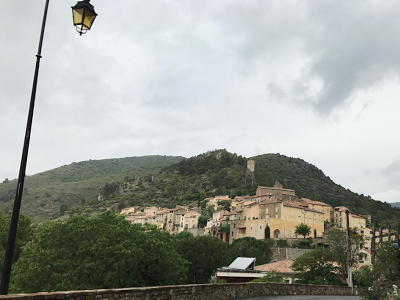 The village was totally surprising because it is in the mountains, but palm trees and orange trees and cactus grow on the sides of the cliffs.
I read about the microclimate on Wikipedia, and even though the village is in the Massif Central mountains, it is surrounded on three sides by mountains to block the wind, and it also gets heat from the dormant volcano to help the warm-weather plants grow. 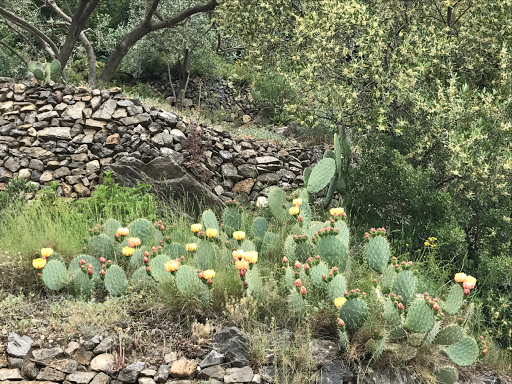 Flowering cactus in the mountains! We also saw orange trees. 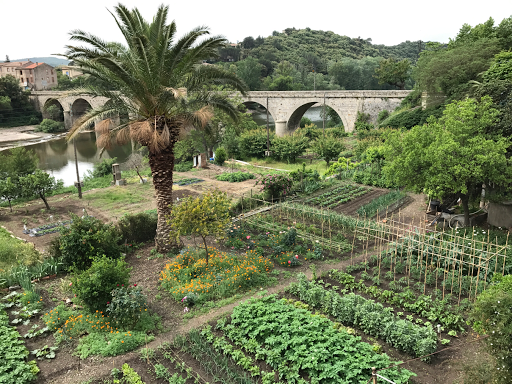 Apparently, the city is sometimes called "Le Petit Nice" because it overlooks a river and the drive along the mountains is similar to the drive above the Mediterranean Sea. 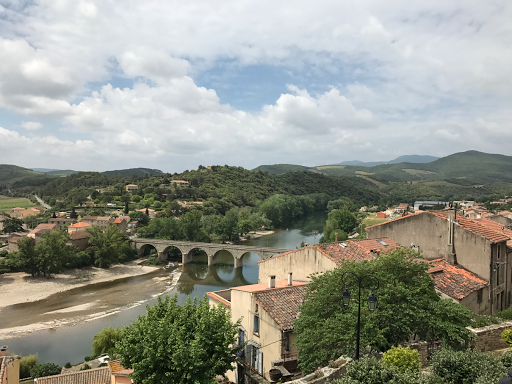 There's an ancient tower there. We climbed up to see it, but it was closed from 12-2:30 for lunch.
The town was beautiful, but isolated.
There would be plenty of outdoor hiking and biking, but not too many cultural activities.
We visited on a market day, of course. And there was a mobile barber offering haircuts. 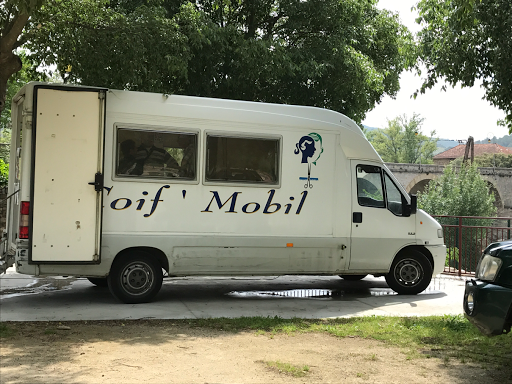 Too cute.
The city had a couple of restaurants and we sat outside in the sunshine. Unfortunately, Earl chose a meal that included veal kidneys He ate it like a trooper. 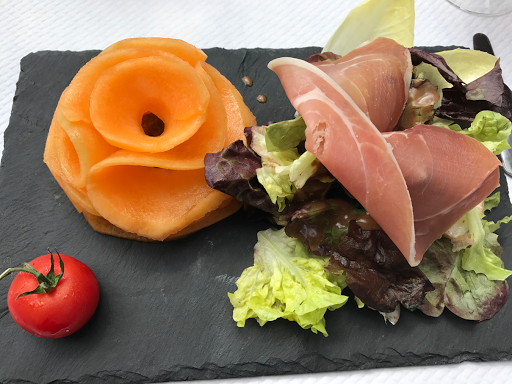 My starter was so delicious. A melon cut artistically into thin strips and shaped into a flower, along with the ubiquitous salad and vinaigrette plus a piece of ham. My main course was duck, which was a bit dry, but it wasn't veal kidney mixed with mushrooms, so there's that! 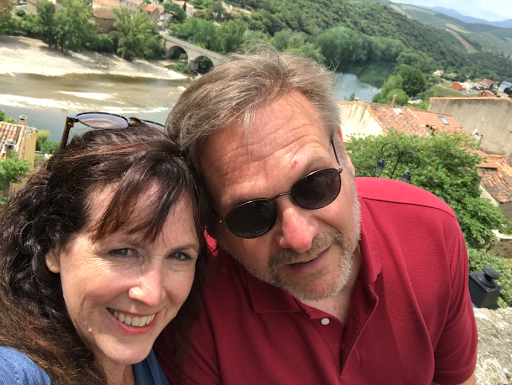 It's one thing to enjoy a hidden away treasure on a daytrip and it's another thing to actually live there. We did the Ferme en Ferme route on May 1 in the foothills of the Pyrénées and I thought the same thing--gasping over how pretty and quaint it was but thinking it was way too isolated to live there.
The excellent blog Midi Hideaways did a post about Roquebrun on April 14--there might be some info there for you. https://midihideaways.wordpress.com/2017/04/14/mediterranean-delight/

It's one of those spots that sounds like a lovely place to visit but I wouldn't want to live there. The climate could be a tad odd but after Columbus, it might be a little too far off the beaten path!