I don't watch the news. That doesn't mean I'm uninformed. I listen to NPR and feel like I'm fairly well schooled in issues of the day, even if I didn't know who Snooki was for years.
Yesterday, I heard on NPR that a man in his 50s was pushed in front of a subway train in New York and the man died. They were searching for the man who pushed him.
I thought how awful that was. I pictured him falling to the middle of the tracks as the train came speeding in.
Today though, I went to the YMCA to run on the treadmill and they have five televisions spread across the front of the room. One of the televisions had a morning show that showed a picture from a New York newspaper. It showed a man holding onto the platform and scrambling to get up as a train with its beam of light closed in on him. The headline said, "This Man is Going to Die."
I was horrified. The man was looking at the oncoming train and the platform looked strangely empty, as if everyone had backed away in fear. And someone stood there taking a picture of this. Where were the people pulling on the man's arms to help him back to the platform?
This was an awful story when I heard it on the radio, but my stomach just churned upon seeing the picture and the evidence of how horrific it was. 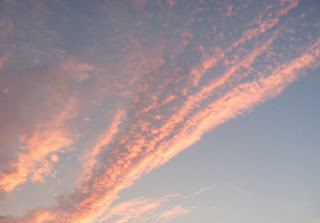 I wish people of the world would be less cruel and more kind.
So I can get this image out of my head, would you share some kind stories?

No way would I think to get my phone or camera out in a situation like that. My instinct would be to do something to help, so I can fully appreciate your distress, Paulita.

Not quite saving a man from a train, but in Pothia this morning there was an elderly Greek lady sat on the ground asking passers by for money. Of course, I stopped to give her some - I couldn't have lived with myself if I'd simply ignored her x

Suzie, So glad you have a kind story to share.

I take the subway everyday and my husband operates a train on the Toronto Transit System. I hope I never have to experience it as a bystander or the spouse of someone who drives the train.
And on a good note a gentlemen asked me if I would like a seat last night on the packed subway train. I declined as I was getting off in two stops.

Ah, Lucia, nice people on the subway thanks. Thanks for giving me hope, but please stand back from the platform.

This was a horrific story. Imagine wanting to take a picture....sickening.

When my mother moved to a care center (nursing home) she was in room by herself...giving her time to get acclimated. We were guided to bring some person things to make her feel at home. She loved this pattern of small pink flowers with some gray all on white. It was the pattern of her shower curtain in her apartment.

Shopping for a bed spread I found the same pattern in a quilt looking bed spread. Perfect.

It brightened her room; although I think she enjoyed the comments from the staff and visitors about the bedspread more than anything.

A couple months later Charlotte was moved into her room. Charlotte's daughter later told me, "The nursing home had kept her mother in a room by herself for good reason". smile.

My first visit after Charlotte moved in I noticed my mother's nice clean white sheets and blanket. In seems my mother had immediately offered Charlotte the bed spread to make her feel welcome and at home.

Today they have matching bed spreads.