More Fashion Tips From the French 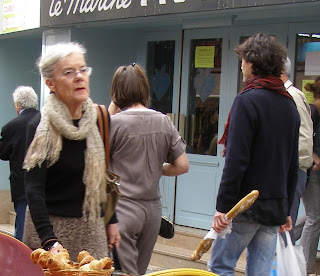 Scarves and the French go together like peanut butter and jelly, like caviar and champagne. This year, scarves have had an upsurge in the US too. And how many people turn to Youtube in search of different ways to wear their scarves? That's why I tried to find pictures of women wearing their scarves in various ways, as an example to you, my readers.
A loose wrap around the neck is one of the most popular scarf looks. Not too tight around the neck though. The tighter the scarf, the more repressed and high strung you'll seem (that part is my interpretation of it). 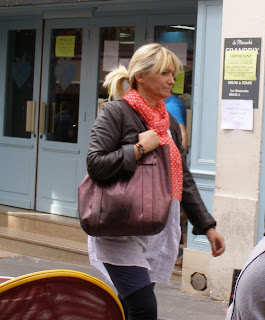 Another common scarf tie is the double over and pull it through. Women in the US have caught onto this one and you see see it everywhere now. The pull through again can be loose or tight. It can also be male or female. I know, I know, the whole men wearing scarves things seems so French, but I've seen some guys wearing them on the college campus where I teach, so it could happen. 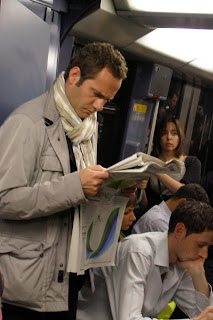 Men seem to limit themselves to the two basic scarf ties -- either the loop around the neck or the double and pull through. I didn't see any men with elaborate scarf tyings.
Past the common tyings, things get a little more elaborate. The most I can tell you is that there's a lot of looping and knotting. 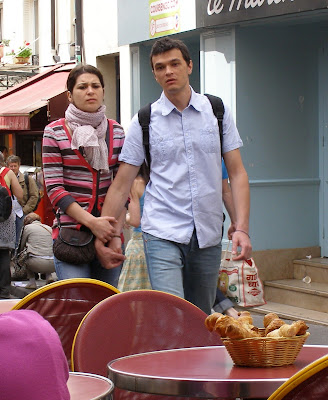 I'd see women check themselves in the reflection of windows and stop to tie one more knot in the scarf. Apparently, the knotting can continue indefinitely.
A small silk scarf can work too. Just slim it into a long band and wrap then knot. Spend a few minutes smoothing those ends so that they flare out to add some bulk. 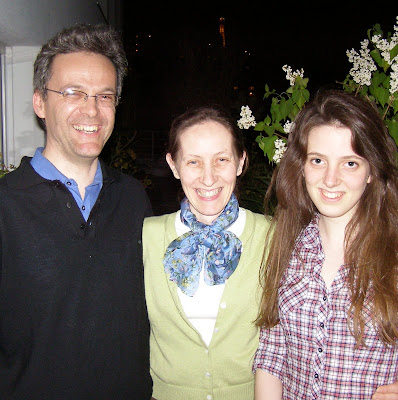 The scarf can be used as a simple tool to stay warm. Then it has to be spread out and draped across the upper body and shoulders before a jaunty flip over the shoulder. 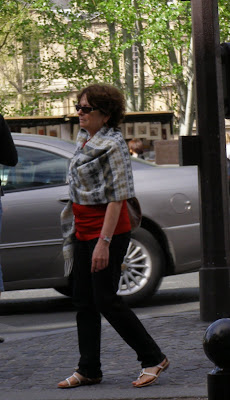 I also liked this draped look, where the ends of the scarf are not visible from the front. I think this might be harder to pull off if you actually have to move rather than sit still. 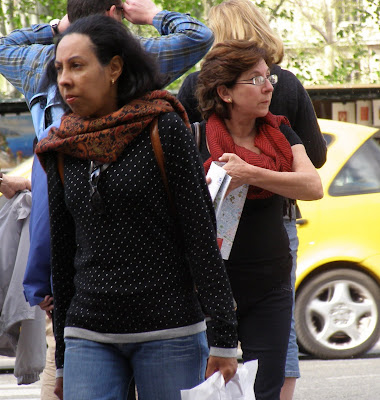 For men who don't think they have the... well, the nerve to pull off a man scarf, the French have a few other fashion options.
There is the ubiquitous sweater tied around the shoulders. See it everywhere. Everywhere. 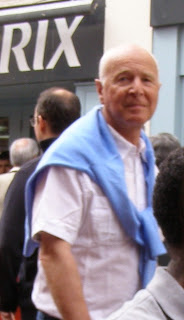 In the US, it has a kind of preppy look to it, so don't combine it with sagging jeans, for instance. I don't think those two looks go together. But combine it with a Ralph Lauren polo or a dress shirt without a tie and you should be fine.
The most daring, most French look of all for men is the beret. So go ahead and give it a try. Maybe if you don't say anything, they'll think you're actually French. At least to me, that would be a good thing. 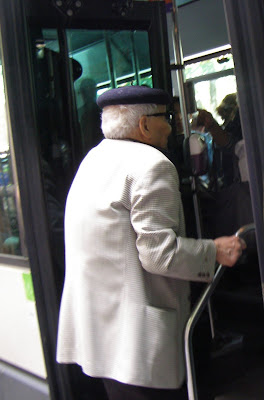 very funny and informative. I had no idea you were so into fashion. :) Maybe you should join us if we ever go to NY again.

I found that scarves really keep you warmer when it gets cold. The French think you will get sick if you go out in the cold without one. I've never learned how to make my scarf look elegant lacking that French fashion gene.

I love to see American men with scarfs - maybe because it makes them look European. They also come across more secure about their manhood.

I think the scarf is so practical,
unlike most fashion trends.

Hi, I just take a peek and I saw your blog. I am impressed with your fashion tips. Cheers!