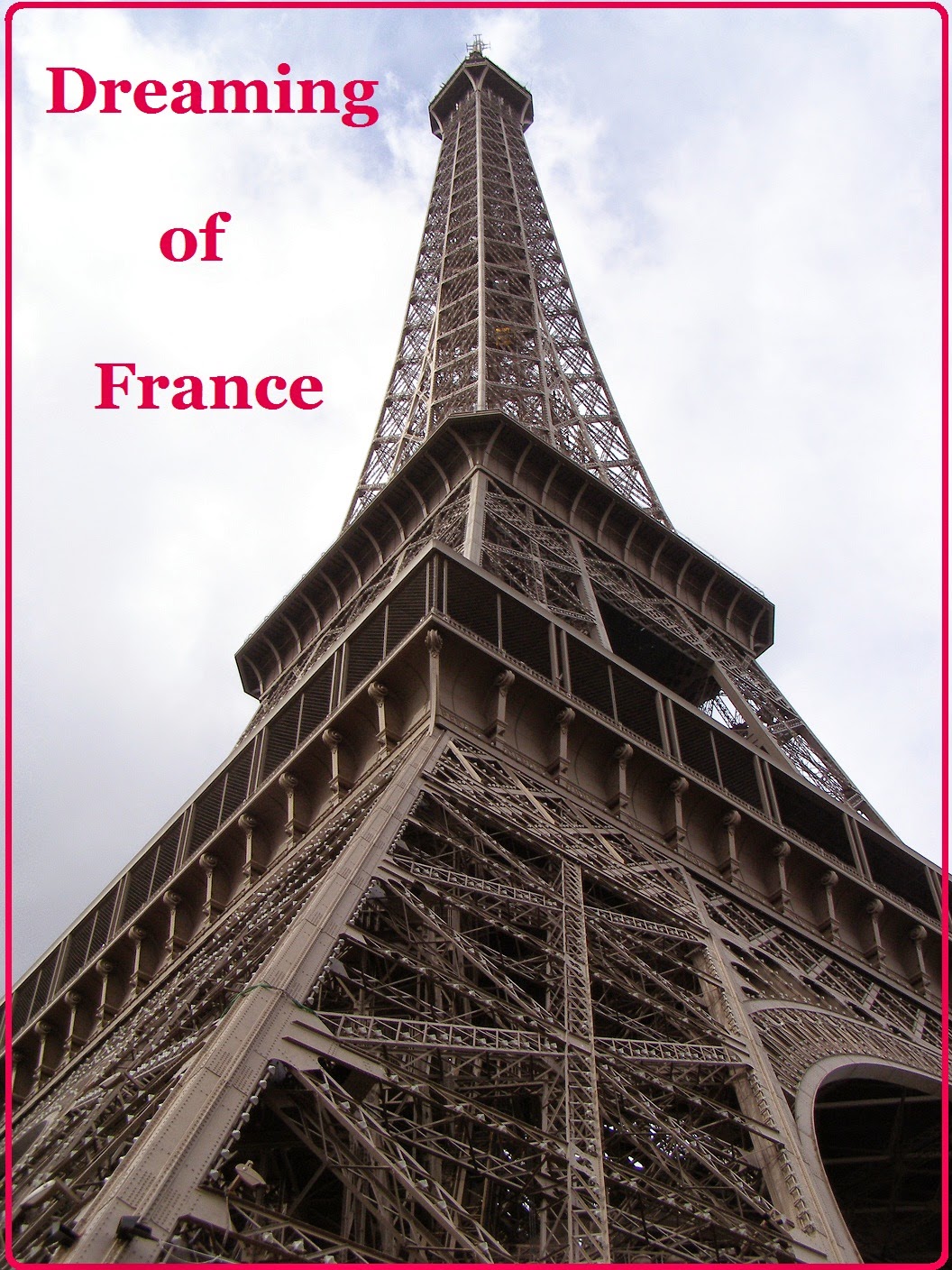 Please join this weekly meme. Grab a copy of the photo above and link back to An Accidental Blog. Share with the rest of us your passion for France. Did you read a good book set in France? See a movie? Take a photo in France? Have an adventure? Eat a fabulous meal or even just a pastry? Or if you're in France now, go ahead and lord it over the rest of us. We can take it.
Our French honeymoon was nearly a year in the making. We traveled to Europe almost eleven months after we were married. We started in Germany, even going to Berlin. The Wall had fallen just the year before, but we quickly made our way to visit friends in France. 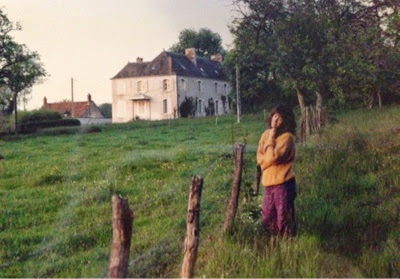 You can see that I was already dreaming of France as I stood outside our friends' country house. Their family received the house during the reign of Napoleon. 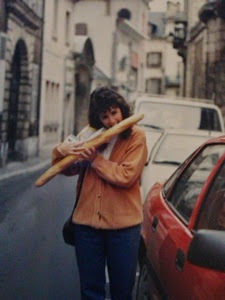 We stopped in the nearby town of Bourges, which is famous for its candy, but we chose a baguette. 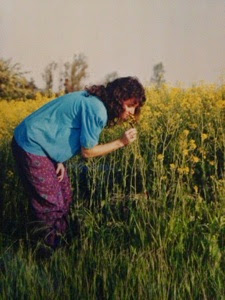 We were in France in early May and the fields of rape seed were in bloom. I don't think they smelled like anything.
Monday is our 24th anniversary. We aren't going to France to celebrate 24 years of marriage, but maybe 25. I can always dream.

Happy Anniversary! It's funny - it's my dad and step-mom's 24th wedding anniversary too. Hope you make it back to France for your 25th!

Vicki Lesage said...
This comment has been removed by the author.
9:13 PM

What marvellous pictures. What great memories for you, and now for us. Happy Anniversary.

What great memories & photos....you have to make it back next year....that would be perfect!

Congratulations on the 24th anniversary, a good date for the beautiful memories and to prepare the 25th anniversary!

I love the clothing! I hope you make it back next year too, how marvelous for you! I've posted bout one of my favorite Frenchmen today - Alexandre Desplat. Stop by and take a gander:)

Embarrassingly joining you with silly joke.

I love your photos! What great memories. I hope that you will travel to France for the 25th year and many more!

No Dreaming of France post for me today (I was thinking about Olive Kitteridge) but I love the picture of you with the bread. Quel phallic, non? haha but seriously, I hope you have a wonderful anniversary. Next year in France:)