Dreaming of France -- Into a Paris Quartier 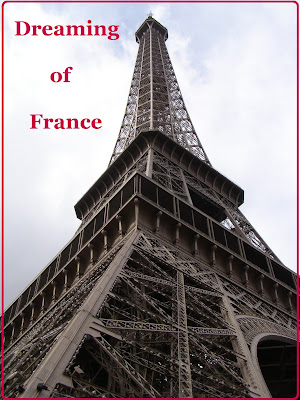 Please join this weekly meme. Grab a copy of the photo above and link back to An Accidental Blog. Share with the rest of us your passion for France. Did you read a good book set in France? See a movie? Take a photo in France? Have an adventure? Eat a fabulous meal or even just a pastry? Or if you're in France now, go ahead and lord it over the rest of us. We can take it.
Maybe we can all satisfy our yearnings for France, until we get there again.
This week I started a new book set in France called Into a Paris Quartier by Diane Johnson. She's the author who wrote Le Divorce and Le Mariage. This book is non fiction though and it explores the history and delights of St. Germain in Paris.
Here's the beginning of one chapter: 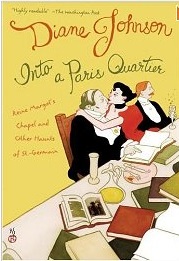 One of several Italian queens of France, Catherine de Medicis, had a daughter, the Reine Margot, Queen Marguerite de Valois, later Maguerite de Navarre, who was in some ways the founder of the neighborhood. Margot was not one of the better-known queens of France, but now I think she is one of the most fascinating, and for me the presiding genius of the bookish and worldly quarter St.-Germain-des-Pres began to become, once it was liberated from the stern monks of the abbey of St.-Germain-des-Pres. These latter had been here for a thousand years presiding over peasant festivals like the giant Foire de St.-Germain-des-Pres (a sort of precursor of state fairs and the like, known for pickpockets then as now), settling scholarly disputes, conducting diplomacy, and meting out justice.


I'm more of a fan of novels than this sort of history/travelogue, but I'll give it a try since I love France. I look forward to seeing what the rest of you are dreaming about today.

I hope you enjoy it.

She totally lost me - I guess don't have the aptitude for this one.

Did you enjoy Le Divorce-I was not that fond of it.

I remember this one from Louise awhile back; sounds like a great guide to Paris but what I really love is the jazzy cover.

Hi Paulita. I'll have to check this book out. You know how much I love the subject matter!