My friend Stephanie teared up on Saturday when she talked about her daughter going back to college. She couldn't think about it, much less bear to watch her leave the house and return to the college two hours away. 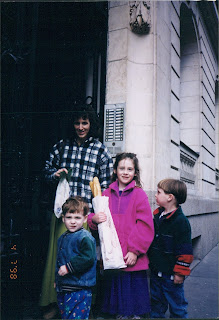 It's times like this, that I realize I may be lacking in some basic emotions. It's not like I love my kids any less, I'm just not overly emotional about them heading off to college or France or wherever their lives take them.
I've hypothesized before that I'm less emotional about it because I homeschooled them and I feel like I've spent plenty of hours getting them prepared for life beyond home. But I think something else has helped prepare me too. 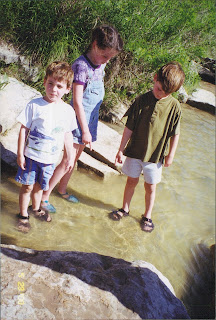 Three years ago in March, my husband found out that the newspaper was laying off employees. We found out the next day that Earl wasn't laid off, but he was moved to the evening shift. This left him home during the day. Since I am an adjunct college teacher, I'm sometimes home during the day too. We had to learn how to adapt to new schedules and learned how to enjoy time together while the kids were gone to school.
Sometimes we walk downtown to get coffee, other times we venture out for lunch or ride our bicycles. Sometimes, we just watch sitcom reruns. 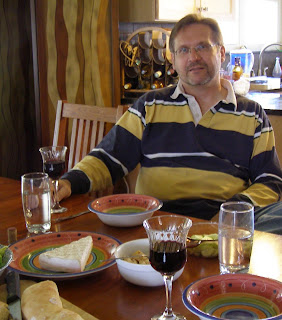 We've remembered what we enjoyed about each other before the kids came along.
I think this alone time together has helped prepare me for the empty nest that is coming. This year Spencer will graduate and head off to college. Two years later, Tucker will follow suit. Then, unless Grace comes home after college, Earl and I will be home alone throughout the school year.
The idea is certainly different. No basketball games or swim meets or musicals or orthodontist appointments. No big shoes strewn across the kitchen floor. No pile of wet towels waiting to be washed. And no one to stretch up to on tiptoes so I can kiss their stubbly cheeks goodbye as they head out the door for school. 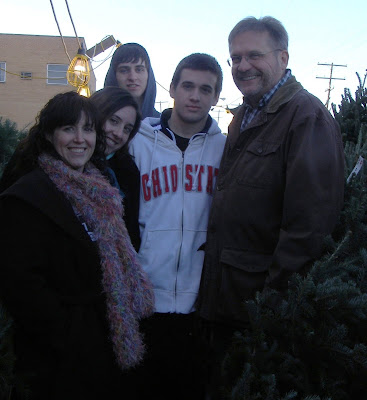 I imagine that if Earl is still working evenings, cooking dinner will go by the wayside. I'll probably settle for a bowl of cereal or a salad.
Even as I strain to hear the back door slam with the approach of oncoming teenage boy feet home from school, I don't feel teary at the idea they'll have moved on.
I'm not a martyr taking a stiff upper lip as they move on, and I'm not so selfish that I can't wait until they go. It just feels right that the kids take up new challenges. They live in a college dorm full of other tall boys and girls who dance and watch Disney films. They are busy carving out their own niches now.
And luckily, I'll still have days filled with my husband and dreams of traveling to exotic places.
at January 09, 2012

I think it is best to love our children with open arms & to be happy with & for them in their life experiences ....& how wonderful that you have a loving husband to share this with!

I don't think it is a lack of emotion. I only know one person who loves her kids more than you (me). I think it is a celebration of their heading off to the great beyond and doing all the things they are supposed to do. I miss Hannah like crazy, In know you miss Grace when she goes, but the alternative is unthinkable. We raised them to leave us and we are right and good to help them on their way, not hold them back

I'm with you! I love my kids and always have, but I could never understand when moms got depressed and couldn't adjust to their kids flying the coup. To be it was thrilling, and made me feel I had done my job right.

I didn't grieve when my children went off to college either. They were both within an hour of home and I found it all sort of exciting.

Definitely nothing wrong with you or your friend. It is so interesting that we all have different views, emotions and approaches to what life gives us.

Someone told me Sunday, under every strong emotion is a belief. If we're troubled or interested we can sit with the feelings long enough to uncover the belief.

If we're not troubled or curious about the feelings, we consider them part of the fabric of our lives.