Sometimes, social media gets me into awkward situations.
I blog, I'm on Facebook, I have a Twitter account and people keep following me even though I don't know why because I rarely tweet. You'd think that I am fairly savvy about technology.
But I can't tell you the number of times I've called my daughter Grace to say, "Fix  it!" I've usually posted something I didn't mean to or been tagged in a photo that I don't like or made some sort of awful editing error that will not look good for a writer.
One day, as Grace and I were looking at something on Facebook, she clicked on my profile and said, "Why is this pending?"
It was a request from Earl to confirm that we are married.
I mean, of course, we are. We've been married nearly 25 years. 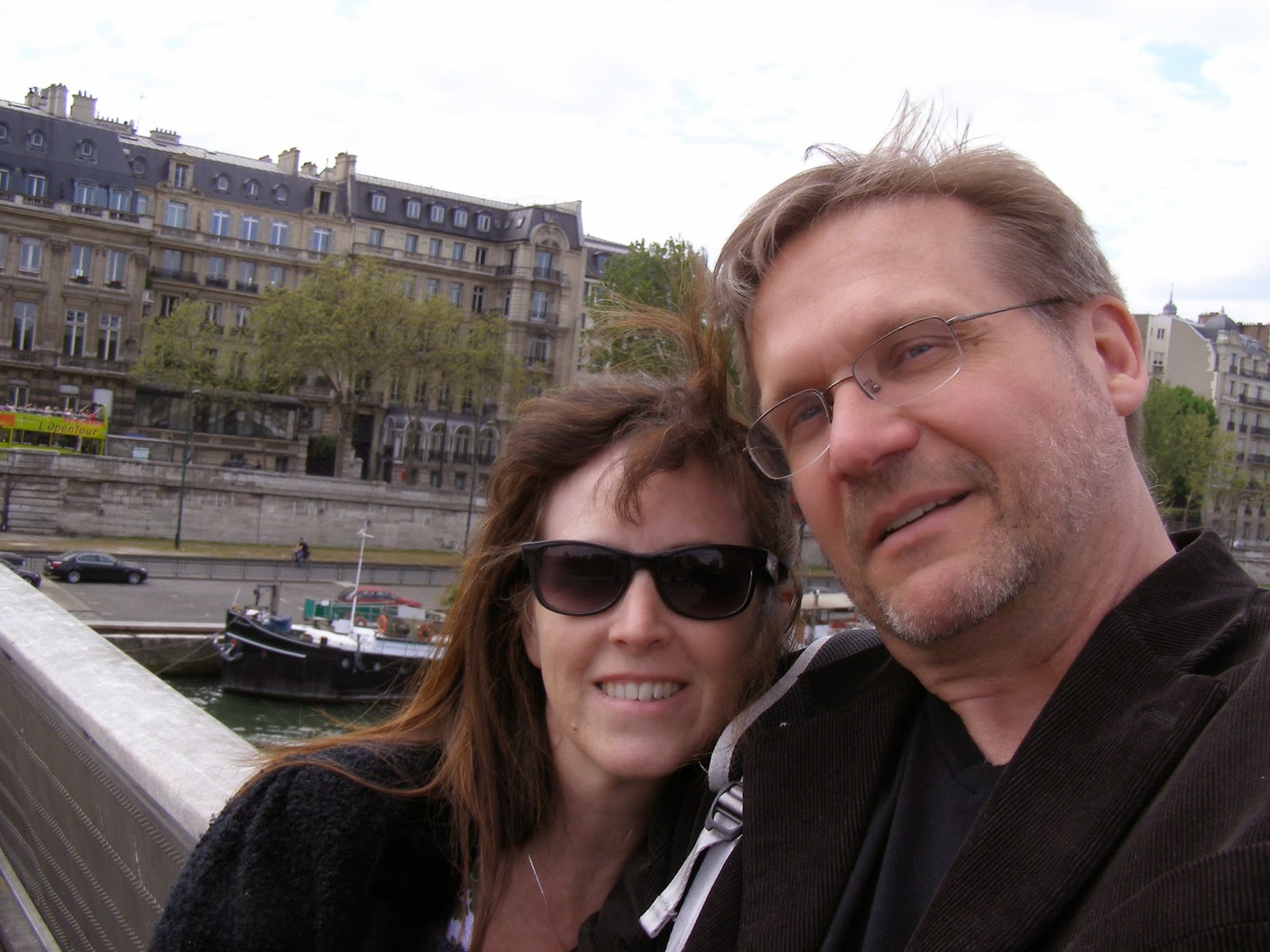 I hadn't seen his request and had no idea when he sent it.
Originally, when I was using my Facebook page as an author page, I didn't include anyone in my family settings. As you know if you read my blog, I talk about my kids and their exploits. I didn't want to reveal to the world their last names, preserving them a tiny bit of anonymity.
But, now I have a separate author page, and I try to limit my personal Facebook page to friends and family, so I could safely acknowledge my husband on my Facebook page.
The only problem was, the day that Grace pointed out that I hadn't acknowledge the marriage request, well, Earl and I were in the middle of a fight.
It was only a few weeks ago, but I can't remember what the fight was about (of course). I told Grace I couldn't possible accept his request now because that would be a conciliatory act in the middle of an argument. The fight faded, but I didn't remember to go on Facebook and add Earl as my husband.
The other night when Earl was on his Facebook page, he clicked on his profile.
"Why is this pending?" he asked.
"Oh," I laughed and told him the story about seeing it when we were in a fight. He immediately pretended to be affronted and protested that I didn't need to acknowledge him if I didn't want to.
"I can't do it from my phone," I explained. My computer was all the way across the room.
But I updated my profile, typing in Earl's name as my husband, since I couldn't accept his request on my phone.
Now, our marriage is no longer pending. Facebook does believe that we were married in 2011 rather than in 1990. And if you were to click on the marriage statement, you'd see some pretty strange photos of me and Earl, like one of us standing on the top of an Indian head statue, Tecumseh, and accompanied by a French friend. Plus Earl's comment, "Beautiful day, beautiful bride." People must think, "Is this where they got married?" But his comments go with another picture and another post. 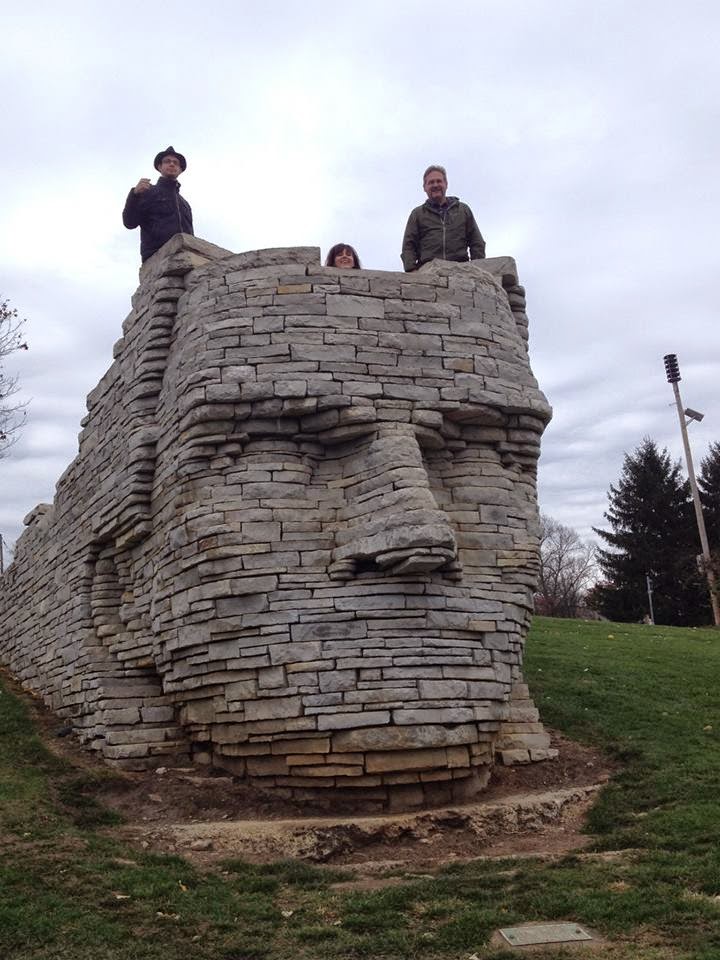 Like I said, it's all very complicated.
Very bizarre, but you can't always fix social media.
Here's an actual photo as we were driving away from Mom and Dad's farm to the reception. 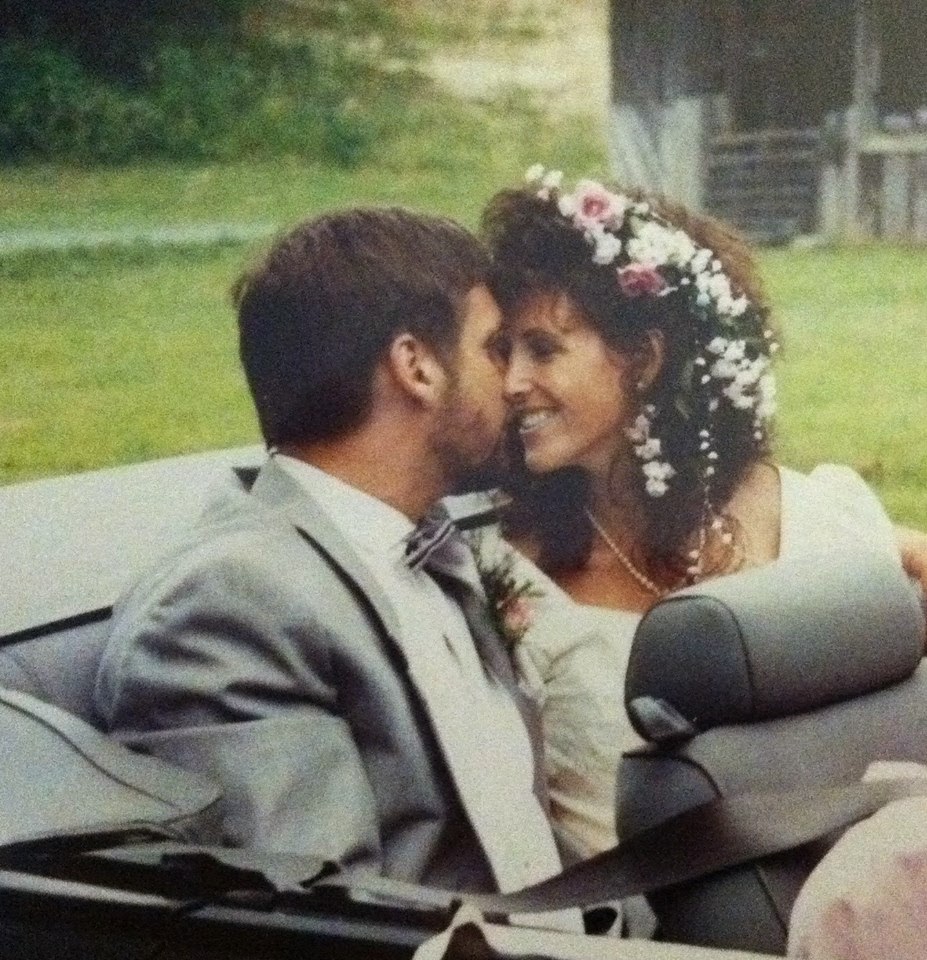 I love that picture, it's beautiful.

This totally cracks me up -- sounds like something that would happen to me! Happy to hear all is safe and sound in matrimony land! And on FB too!

I wondered what you meant too!!! I did laugh though. Same thing happened to me but I didn't have to explain to sons. I actually blocked my husband on fb, ..hahah , didn't mean too and that caused an argument. I just say married now . ..and he is one of my friends lol thank goodness. Cannot be bothered to change it...we are married ..I know it and so does he.

Don’t spend another minute fighting with your spouse in pointless
passive aggressive behavior. This solution will set your mind
at ease once and for all.

There’s a simple, paint by numbers formula for saving your marriage
and it can be working for you in less than an hour.

Take back your relationship AND your life!

Secret to Marriage Reconciliation – Take Back Your Life

Talk to you soon,