I had never seen Into the Woods, the Steven Sondheim musical. So last night I was thrilled to see it with Grace performing as Cinderella.
The first act entangles a bunch of fairytales. In addition to Cinderella, there's Rapunzel and Jack and the Beanstalk and Little Red Riding Hood. They follow the Brother's Grimm version rather than the Disney-fied version, but at the end of the first act, everyone lives happily after. A neighbor of mine went to the show Friday night and left at intermission, thinking it was over.
After the intermission, the characters return,  and they aren't quite content with their happily ever after.
The show made me laugh a lot and I thought Grace did beautifully.
I hope to record one of her songs this afternoon and include it in the post. 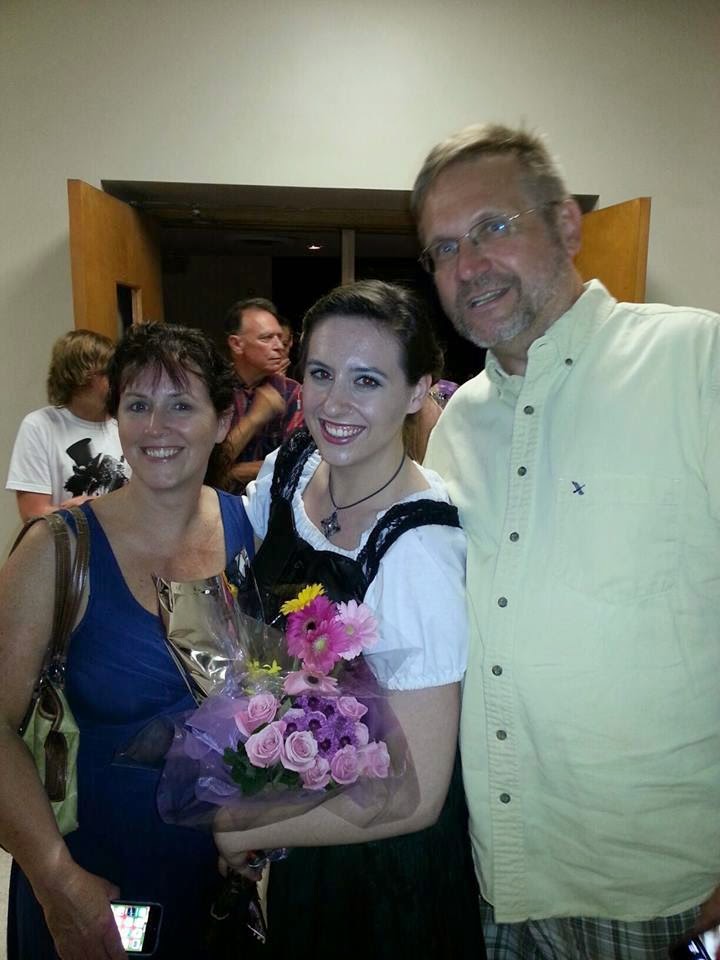 Here is Grace with me and Earl after the show.

Oh wow you must be so proud! Congrats to Gracie!

That's wonderful. Sounds like so much fun. BTW you look fantastic!

Yes, it does get rather grim at the end, but I thought it wss so entertaining and ingenious. I bet Grace was really great.

Congrats to Grace on yet another stellar performance. I agree with Lucia, you look fabulous darling.