I don't want to only post book and movie reviews during Paris in July, but I'm not in France so that does limit my experiences.
This morning, I brought France to myself by baking pain au chocolat and plain croissants for breakfast. I shared a pain au chocolat with my husband then spread homemade strawberry jam on my plain croissant, all while drinking a cafe au lait and watching the Tour de France as the bicyclists speed toward Nancy.
We have a connection to Nancy because a French boy from that town came to stay with us one summer. He brought us a delightful little book with pictures of the Villages de France.
This one is from the Lorraine region, where Nancy is also located. 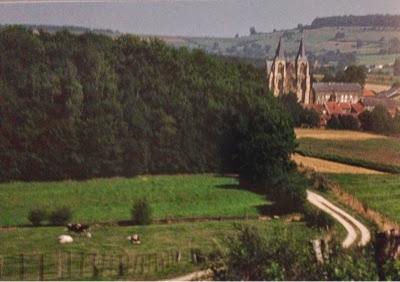 But, back to food. At Trader Joe's in the freezer section, you can buy a 4-pack of chocolate croissants or an 8-pack of mini croissants each for $4.99. Set out the little frozen nuggets the night before. The next morning, they have thawed and risen. Beat an egg and spread across the top of the croissants before baking. They're very yummy and a good 2nd choice if you can't make it to France or French croissants. 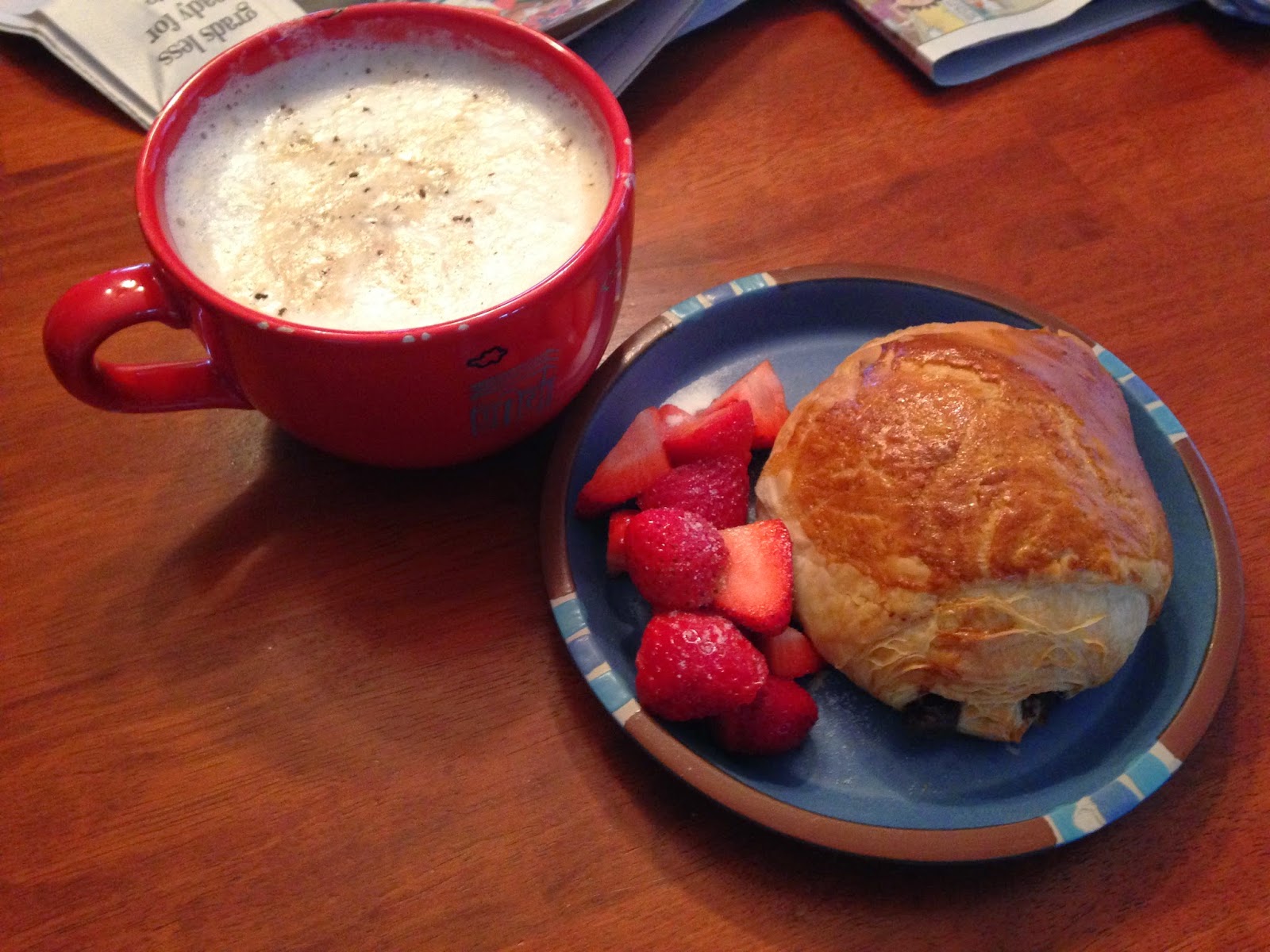 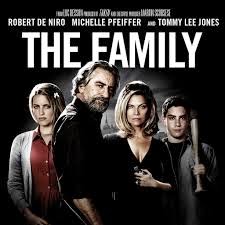 The Family, directed by Luc Besson and starring Robert DeNiro and Michelle Pfeiffer, would be the perfect movie to watch if someone wanted to move to France, and you wanted to convince them not to. There is not one redeemable thing about France in the movie.
The premise is that an American mob family is relocated to Normandy in the witness protection program. The mob in the U.S. is still searching for them to kill the whole family. As a matter of fact, the movie begins with an assassin walking into an apartment and killing a family of four. Then he cuts off the finger of the father and sends it to the mob boss in prison. The mob boss compares it to the fingerprints of the dead guy to DeNiro's character. Nope. They killed the wrong family and continue the search. And that sets the tone for the hilarity and violence that continues throughout the movie.
I'm not big on violence, but what bothered me more than the violence was the way the French people were portrayed. The grocery store clerk and two older French women made fun of Pfeiffer's character as she searched for peanut butter in the grocery store. So she blew it up.
The worst French characters were the high school students. None of them were attractive and that offended me. They also seemed to be typically American -- bullies, jocks, nerds and sluts.
The French were shone in a bit of a better light when the family threw a barbecue, but according to the son, they were only coming to make fun of the Americans. So they served hamburgers and Cokes.
The movie ended pretty violently with the family coming out to relocate again.
Apparently this movie is based on the French movie Badfellas, which must be a play on Goodfellas. It's supposed to be funny, but don't choose it if  you're dreaming of France. 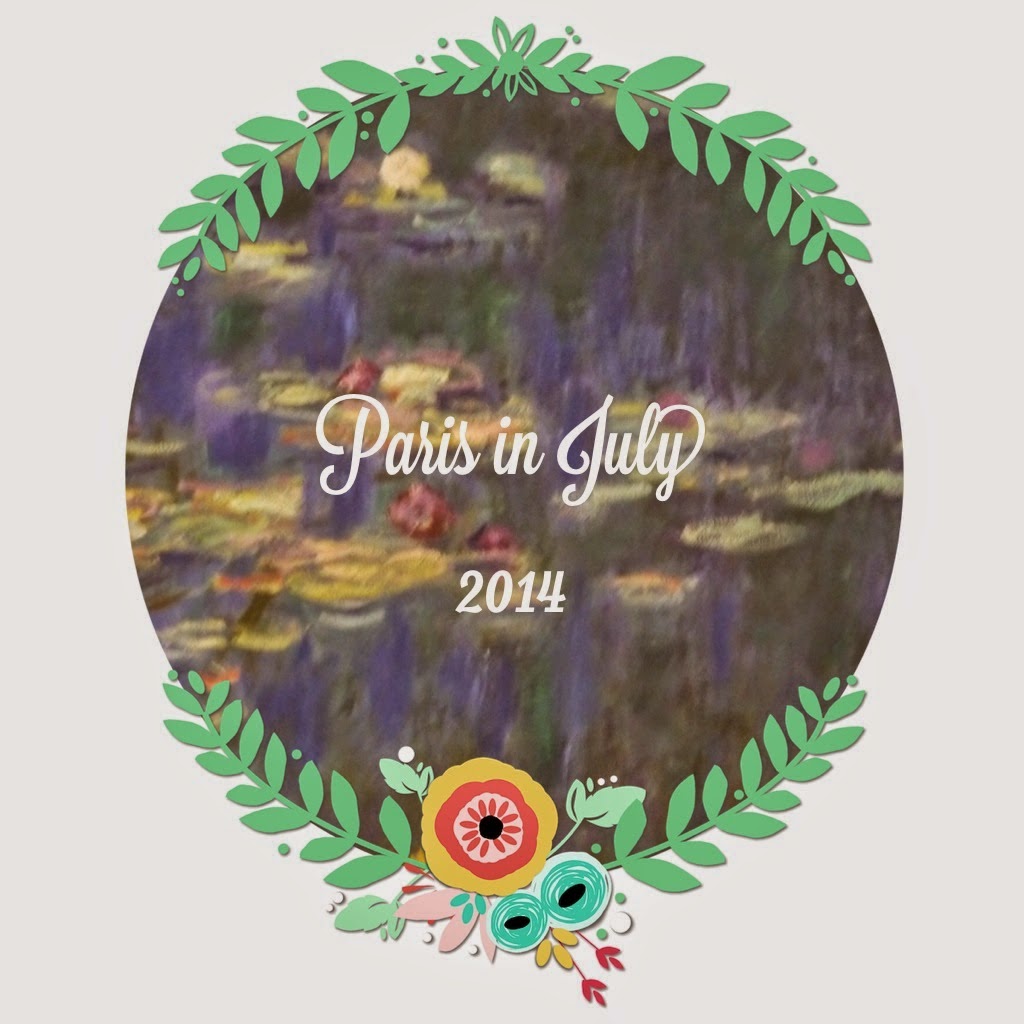 OK, you reminded me of my favorite movies (American) set in France...Kevin Kline & Meg Ryan in French Kiss.

This sounds way too violent for me!

Appreciate your pointing out how the French characters are portrayed. Usually we are just repulsed by the violence. How a character is portrayed can speak volumes... even in a non-violent, family movie.

Since your first commenter has shared, my favourite French movie is Kristin Scott Thomas in I've Loved You So Long.

Thanks for telling me about your favorite French movies. I haven't seen French Kiss in a long time. I'll need to revisit that again. And I don't think I've seen the Kristin Scott Thomas movie at all. Nice ways to fill my free evenings when they arrive.

I think the inaccurate portrayal of French people would bother me more than the violence!

I agree that it wasn't a good movie but I laughed when the woman blew up the grocery store after they insulted her. Maybe I've lived here too long.

Linda, I agree that it was funny cause she was a mob gal, but the only French people were so snarky. Some of the French people, I'd be okay with, but not all.

We don't have access to bake at home croissants in Australia. I did it once in New Zealand and they were nice. We have a local bakery that makes a decent croissant though which is nice- but not like being in France.

I saw the Family last year. I found some of it quite funny, but don't like mafia/violent movies really.

MMmmmm..... I am so going to look for those croissants now!