Sorry to be MIA for so long. My week has been partially wonderful and partially explosive.
Tuesday was my birthday.
It started out with a lovely run then breakfast with my husband and daughter at Pistace Vera. 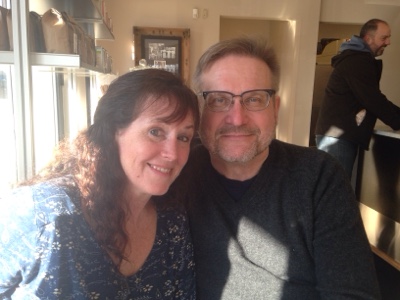 I had my hair cut and  emerged for lunch at Bon Vie totally different. 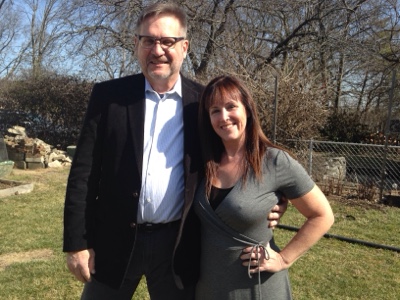 Then I went to work in the evening.
Some time that night, Tucker let both cats outside (they're indoor/outdoor cats), but only one cat returned home. The younger one didn't come to the door. At 3:30 in the morning, I heard Tucker outside in the rain calling for him.
"Don't get arrested for skulking around," I warned him as I got up to check on Tucker.
The next morning as we hurried out the door to work, Tybalt still hadn't shown up.
Tucker got up around 9 to begin looking for him. As Tucker got more and more worried, I posted on our local Facebook page with a picture of the missing cat. I went to Ohio Pet FBI and posted. I called the non-emergency number of the police and the local animal shelter and the local vet clinic trying to find the cat. Instead of going to the gym after work, I came home and walked the streets shaking a container with cat food in hopes of luring him out.
Searches online told me that outdoor cats are usually within five houses, unless they've been trapped somewhere or accidentally relocated. Accidentally relocated would mean that a cat climbed in the back of a truck or in a wheel well and driven away. Another possibility would be that the cat got scared, sprinted from his normal neighborhood and couldn't find his way back, according to the Pet FBI research. 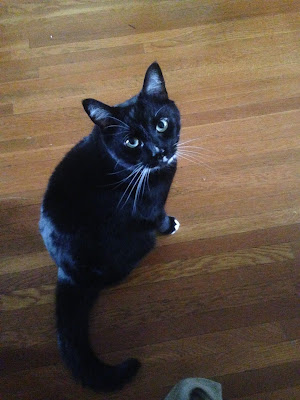 As I walked the neighborhood, gaining steps on my new Fitbit, I pictured our poor cat stuck in a shed or a garage, unable to get out. Or maybe a possum or raccoon had fought with him, leaving him hurt. The website warned that cats are silent when injured, even if I was close by calling his name. They don't want to alert any predators.
When Grace got home from work, we wandered the neighborhood again, stopping random people on the street to show them pictures of Tybs. The AEP guys going door to door. The kids skateboarding. We were getting desperate as the sun began to set again.
Finally around 6:30, a call came in. The young man had found a very nice cat on his porch. He'd been there since this morning.
Tucker and Grace went to fetch Tybs and the drama for the day ended.
Thursday, I determined would be the day I'd catch up on all my lagging work. I ran and showered then got down to work. Tucker told me he needed to film me doing something for his videography class -- 50 shots at least 3 seconds each. He wanted me to do something interesting.
"Too bad you don't have a talent," he said. He had wanted to film his father drawing a picture. It's not too interesting to watch someone grade papers or write stories.
He finally decided that I should play Scrabble.
But, at 10:15 as I put in a second load of laundry, also not worth filming, the phone rang. Grace couldn't move her neck and was in a lot of pain. I drove to pick her up at work. Got her home, medicated. Called to make doctor's appointments, took her to the doctor where she was diagnosed with a pinched nerve and muscles in spasm, picked up her prescriptions,, dropped everything at home then headed to the college to testify for the harassment hearing.
After I complained about a student in one of my classes, the college's Title IX rep filed charges.
She said I could send in a statement, or testify by phone, but the best idea was to attend and give my testimony.
Feeling anxious, I showed up and sat in the faculty kitchen waiting for the student to complete his testimony. He had denied that he hugged me, saying he'd only shaken my hand.
Up until I heard that, I'd continued to believe his inappropriate behavior was due to a cultural misunderstanding. By lying about it, he as much as admitted that he knew it was wrong and wanted to hide it.
The committee, made up of one student, one faculty member and one administrator, listened to me then asked questions. From the questions they asked, I thought they were leaning toward the student's version of events.
"How uncomfortable would you be if this student were in your class or still here on campus?" the male faculty member asked.
I came home Thursday feeling defeated. I wondered if I could avoid teaching at that college, maybe getting by on one of my jobs.
Friday was another sprint -- teaching, then a lovely afternoon of a facial and pedicure, making a casserole dish of macaroni and cheese before Tucker left for work, a quick trip to the gym, getting Grace comfortable with her still inflamed neck muscles and pinched nerves.
After 6, I sat down at the computer and checked my email. The student accused of harassment had been suspended for a year. Now I have a year to not worry about running into him in the halls, and next year at this time, we'll be preparing to move to France. Our schedules might overlap by one semester only.
Saturday, I ran with my friend Noreen then spent the day tackling our complicated taxes. 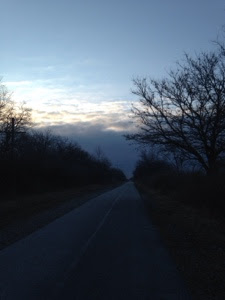 Today, a run, Trader Joe's, and my parents' taxes. 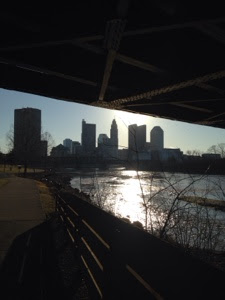 Tomorrow, I'll start the schedule all over again, with the added chaos of Spencer coming home for Spring Break. He starts with a trip to the dentist for a chipped tooth.
You'll understand if you don't hear from me for awhile.

So glad to hear the outcome, Paulita.

Like a mutual friend said "Yow" and the other "good thing you're an empty nester".
Tucker's film was really good; what a good assignment. I should also say what a good sport you are for all the many things you're willing to get yourself into. Pretty funny.

Wow, what a week! Happy Birthday to you, by the way! Moms give and give and give! Hope your life continues on the path you want it to. You are so strong.

Jackie, Just Me, and Judy, Sometimes it helps to just spew everything out so thanks for reading along!
Always appreciate your support.