Click on the picture to be linked to the entire tour for
The Sharp Hook of Love along with the author's social media sites.
Tackling a true-life love story can be daunting. After all, people who are familiar with the story already know how it ends, and this one, the story of Heloise and Abelard in Medieval France, does not have a happily-ever-after ending. Yet author Sherry Jones paints an intricate and delicate portrait of the historical characters in her novel The Sharp Hook of Love. The characters' love, confusion and fear feel contemporary rather than Middle Ages.
Heloise is a strong female character at a time when women were not expected to think for themselves. She is highly educated in the hopes that she can become the abbess of a nearby convent. But her studies take her into the path of Pierre Abelard and her focus changes from academia to passion. 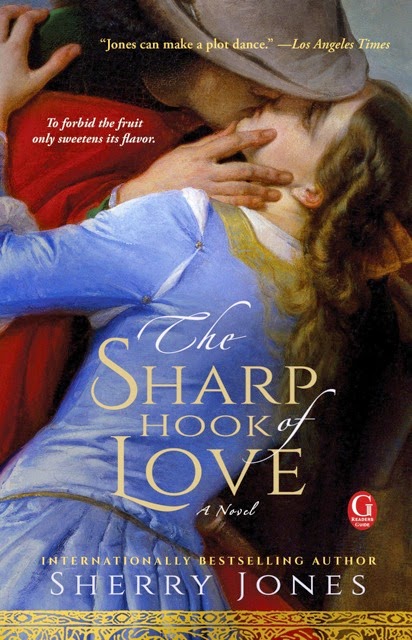 I can't imagine the amount of research and the leap of imagination it took for Jones to bring these historical characters to life.

Quietly, so as not to awaken my uncle or Jean, we crept down the stairs and out the front door to confront the mysteries of the planets and wheeling stars, the moon hanging low like ripe fruit on a branch. He led me across the street and through the vineyards to the river. I followed him to the bank's edge, tiptoeing over my misgivings. What did he intend for me out here, shielded by the vines from everyone's view? In the moon's orange glow I could see dark shapes all along the bank, couples lying in each other's arms or strolling beside the churning deep. Breezes soughed across the swift-moving waters, edging the night with chill. I rubbed my arms, wishing that I had brought a blanket or cotte.

Can't you almost feel it?
If you enjoy historical romances, I think you don't want to miss this one. 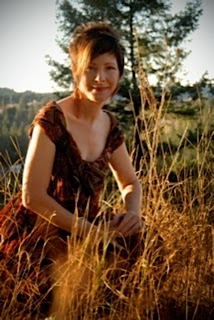 Make sure you enter the giveaway below.

Synopsis
“To forbid the fruit only sweetens its flavor”
Among the young women of 12th century Paris, Heloise d’Argenteuil stands apart. Extraordinarily educated and quick-witted, she is being groomed by her uncle to become an abbess in the service of God.
But with one encounter, her destiny changes forever. Pierre Abelard, headmaster at the Nôtre Dame Cloister School, is acclaimed as one of the greatest philosophers in France. His controversial reputation only adds to his allure, yet despite the legions of women swooning over his poetry and dashing looks, he is captivated by the brilliant Heloise alone. As their relationship blossoms from a meeting of the minds to a forbidden love affair, both Heloise and Abelard must choose between love, duty, and ambition.
Sherry Jones weaves the lovers’ own words into an evocative account of desire and sacrifice. As intimate as it is erotic, as devastating as it is beautiful, The Sharp Hook of Love is a poignant, tender tribute to one of history’s greatest romances, and to love’s power to transform and endure.  [provided by the author]
Enter the giveaway for a print copy in the U.S. or an ebook copy internationally.

I like the Cynthia Harrod Eagles Morland Dynasty series.

thanks Paulita for this nice review. It must have been fun indeed to write this book from all the historical material available, their letters for instance. I'm in the process of reading it and loving it too!