I'm just going to say straight up that I had to check a couple of times to see that The Church of Tango by Cherie Magnus was actually a memoir rather than fiction. Some of the things that happened seemed so unbelievable -- but you know what they say about truth being stranger...
The memoir begins with the death of Cherie's husband. Her tenacity and her adventurous spirit afterward are amazing. 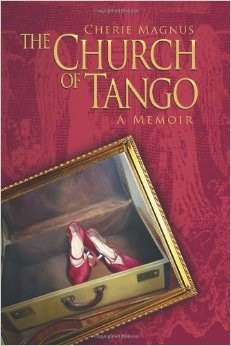 Of course, since the book is on France Book Tours, I figured part of it had to take place in France, and I was right.
She visits Paris right away, renting a room from an older woman.

Madame indicated that I shouldn't make myself at home in the rest of the apartment. I noticed the telephone in the dining room had a padlock on it, not that I had anyone to call. The stale cookies had left a dusty taste in my mouth, and so I went across the street to sit over a creme on the sidewalk of the Cafe de l'Esperance, now open and filling up with after-Mass and instead-of-Mass habitues. My ears ached with listening to them all speaking French as I stirred my coffee and looked around with amazement. here I was, at age forty-eight, suddenly on my own in Paris, transported as if by magic. There was no place on earth I would rather be, nothing else I would rather be doing. It had been three years since I had had a moment like this. Los Angeles was far away, so was the despair and depression I had lived with for so long.

Through all of her difficulties -- health, emotional, and financial -- Cherie had tango to pull her through. Her fascination with tango took her around the world and into the arms of men equally passionate about tango, and a few of them passionate about her, as well.
I'm not going to pretend that I understood Cherie's passion for tango. I've attempted to learn it a few times without much success, but I do understand when people find something that they love to do and want to do it constantly. Cherie's love for tango was the passion that took her on her adventures, and I truly enjoyed the journey along with her in her well-written memoir.

I'm not sure if the author meant to teach the lessons that I learned, but I'll go ahead and share them with you.
Cherie's financial troubles were closely connected to the sale of her beautiful home in California. It was a home that she felt she couldn't afford after her husband died, but she really had no stability afterward as she moved from France, to an apartment in California, to an apartment in Mexico, to Argentina.
Also, being a naive Midwesterner, I couldn't believe the way people treated her. When her husband died, he had been in a business deal with several other men. Those men realized the business deal was going south, so they transferred all of their assets into their wives' name. Cherie was the only one left holding the bag because her husband died. I can't believe real people would do that, would treat a widow that way, but they did. 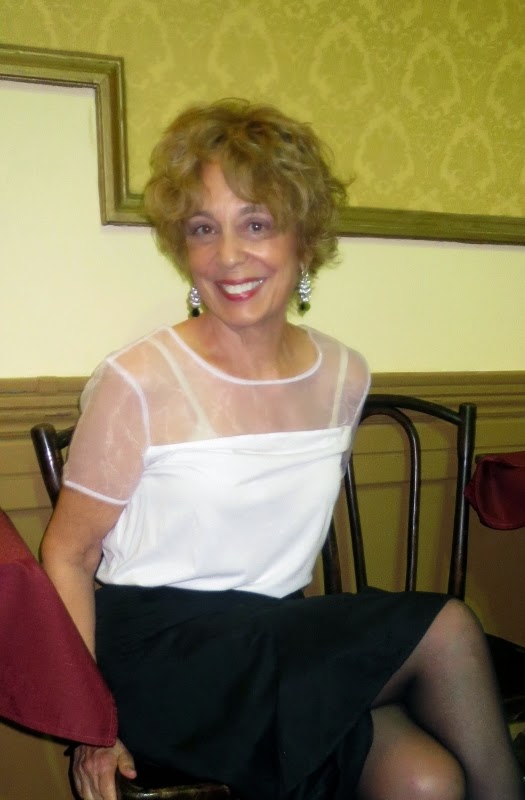 Cherie also got ripped off by her realtor, who couldn't advertise her house, so he kept lowering the price and eventually bought it himself when he felt the price was low enough. Again, I was shocked.
The final financial blow came from the couple with whom she and her husband owned an apartment in France. Apparently, in France, people have mortgage insurance so that if one partner dies, the mortgage is paid off. Here was a chance for Cherie to hold onto some property and some security. But the couple who shared the house, brought a lawyer to their meeting and said instead of Cherie's half being paid off, all of their payments were lowered. They said Cherie was still responsible for part of the mortgage. She ended up selling the apartment to them at an unfair price too.
You'd think that after all of that, plus fighting breast cancer, Cherie would be ready to give up, but she wasn't. She held onto her curiosity for life, and she kept dancing. Her life should be an inspiration for all of us.
Go to the bottom of this post to enter for a chance to win the ebook. It's open internationally.
Synopsis

More than a metaphor and much more than a dance, the Tango takes Cherie from being a widow with suicidal tendencies to traveling the world in search of herself, finding love, sorrow and serenity. Her quest takes her to France where she falls in love with aristocratic Olivier, and to Argentina where she falls in love with the tango. Along the way she discovers and deals with her own two separate breast cancers and the loss of all that she’d previously valued. Relationships in the desperate singles world is a whole new dance to learn, before being blessed at the Church of Tango.
The Church of Tango captivates readers struggling with tragic loss, illness, and death, as well as those who are passionate about travel and adventure, who long for love, or who delight in dance of all kinds.
Gold Medal winner 2013 of the Wishing Shelf Book Award

Thank you for your review. Yes, all that stuff really happened, and you know what? That was only half of it because my editor thought more trauma and tragedy would have been way too much. So you got off easy! :)

thanks so much for your thorough review, what a life! And thanks for sharing the awesome passage on Paris!

A book,I read about dance, was The Painted Girls
by Cathy Marie Buchanan .

Did you know that that you can earn dollars by locking selected pages of your blog / site?
Simply open an account with AdscendMedia and run their content locking widget.