Weather and Laundry and Last Times 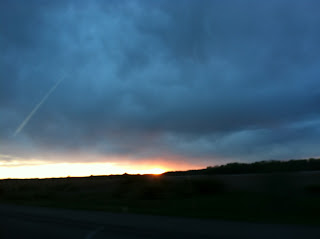 The high temp today is supposed to be 81, so I'm hoping to get a little fresh air in the house. But the air as it comes in isn't fresh. It's heavy with moisture. The skies hang low and gray. Maybe it will thunderstorm.
When I walked outside this morning, the air felt neutral, not hot or cool -- sort of like body temperature.
But since Oscar Wilde says, "Conversation about the weather is the last refuge of the unimaginative," I'll move on from this subject to laundry. Do you think Wilde would have approved?
Only, it isn't really about laundry, it's about last times. 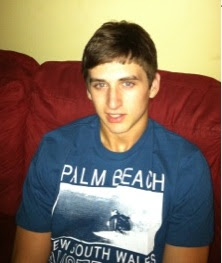 I heard the dehumidifier in the basement beep three times, which means it is full. I ignored it, but then it beeped again, and the boys are sleeping, so I went down to empty it. As I poured the water into the sink in the laundry room, I saw that Spencer had moved his clothes hamper full of dirty clothes into the laundry room.
So I started the water in the washer and began to sort. I remember at the store the other day Spencer said, "Someone needs to show me how to do laundry."
Now, I've shown him several times and he conveniently forgets, but I'll show him one more time before he leaves for college -- on Wednesday.
As I'm putting his tshirts and shorts into the washing machine, I picture taking them out of the dryer, folding them and placing them in the plastic bin we are using to cart his things to school. How many pairs of shorts? How many pairs of matched socks will emerge? What about boxer shorts and the endless tshirts?

This may be the last time I do Spencer's laundry before he leaves for college. That means less laundry, but it also means my boy will be far away on his own -- to sink or swim on the west coast of Florida.
at August 05, 2012

I remember when my boys left home and as a Mum I didn't like it at all... But I eventually got used to it - especially the 'less laundry' bit!

Good luck to Spencer in this new chapter of his life and you enjoy the extra free time, Paulita, thanks to having one less person in the house to run around after x

I am in total agreement with you about the weather and the air conditioner. I hate listening to the noise as well as not having "fresh" air to breath. The noise drives me crazy. I feel like I am going deaf. I only have window units, and while they are relatively quiet, they still make noise!

Oscar Wilde is right, but the weather is a good filler, something to stuff into an awkward pause, and there is always something to discuss and few people disagree with you. One of the least controversial subjects out there.

Laundry and college students. I have been through it three times already. They eventually learn how to do the laundry, but you never learn how to NOT miss them while they are gone. Even their annoying quirks and habits make you nostaglic for their presence.

I remember the mountains of laundry well. I think my boys managed to do it all well. My middle son even met his wife while doing laundry in college.