Every good novels has twists, turns and setbacks, but this isn't a novel -- it's my life.
Nevertheless, we received a setback on Monday when the realtor called to say the VA appraisal did not reach the purchase price of the house.
We live in a small house in a community that is suddenly the place everyone in Columbus wants to live.
It's a pretty amazing place to live, as I've opined before, with restaurants, coffee shops and little boutiques all within walking distance. The school is small with about 1000 students throughout all 12 grades, and it wins awards each year when the state judges the best school districts. We also avoid using buses because everything is within walking distance. And, it feels a bit like a 1950's community, where women feel safe to walk or run alone even when it's dark, and doors are frequently left unlocked as children roam the neighborhoods after school.
Our asking price is about $50,000 more than the county auditor's estimate of our house, but the county auditor price usually is less than the appraised value of the house when selling.
The people buying our home are using a VA loan because he is a veteran. VA loans are harder to pass.
What we didn't know is that the couple, moving from Texas to Ohio, plan to put no money down. That means the loan has to be approved for the entire price of the house.
Our real estate agent  has until today to convince the appraiser and the bank that it is worth the asking price.
"The buyers still want it," she told me on the phone. "They're willing to rent or do a land contract."
At first, I pondered that idea. They could put $10,000 down and rent for the year. Then if they couldn't follow through we could put the house back on the market. That's before I found out they planned to put no money down on the house.
As a wise man in my house said, "This isn't a Volvo. Why are you expecting to buy with no money down?"
If they don't have the $10,000 to put down on the house, then they wouldn't have $10,000 earnest money to give us.
That's when I decided to push the issue.
I texted the real estate agent and said we'd have the house ready to put back on the market on Thursday, right after the new furnace is installed. (That's another twist for another day).
I told her that if the buyers are in love with the house and want to buy it then they are going to need to come up with some money to bridge between the selling price and the appraised price. If they have other property, they can take out an equity loan on that. Or if they have a 401k, they can borrow money from that.
Unless they step up, we're back on the market, which means, our house might not be sold and Earl might not be able to retire.
We have our plane tickets. We have our room reservations and three housesitting jobs that last through March 15, but I might be traveling alone. 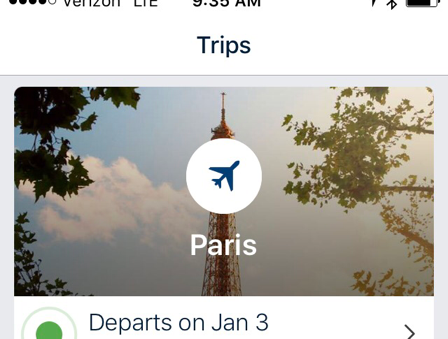 Throw some quick good karma or prayers or whatever you believe in our way.
I do want to live in France, but I don't want to leave my best friend behind to work, and he's definitely ready to live a retired life.
at October 18, 2017

UGH! That is awful, but why should you take a $40K or $50K hit? If your town is popular, and you can compare market prices on Zillow, then wait for a better deal. For all you know, they are just going to flip it after a couple of months. That's what some buyers did with my parents house. They resold for double what they bought it for, with only a coat of white paint everywhere and some wall-to-wall carpet in the basement.

Good thoughts and wishes, prayers, karma all coming your way.

I'm feeling these people will not be the new owners - someone else is out there that will buy this treasure and soon. It will then be an easy sale.

Francetaste, Yeah, we won't sell for a song. Earl is prepared to continue working and just take a vacation for three weeks in France if that happens. I may need a partner for housesitting in Uzes!
Just Me, Thanks. I can feel your calming vibes.
Sillygirl, I hope you're right. This house has been a haven for us and we hope it will be for someone new.