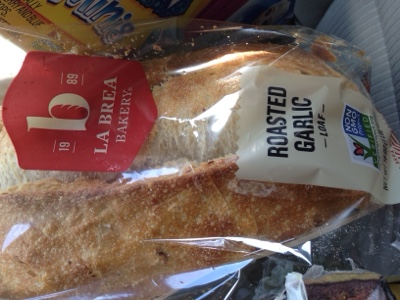 A few weeks ago, or maybe it was last week, Grace came down with something.

She texted on the weekend that she wasn't feeling well, and she spent time resting.  She confided that Jack, her boyfriend, teased her for having a "man cold," which I think meant she was exaggerating how sick she was.
She didn't go to work on Monday, still feeling sick, and she called me on Tuesday morning to get my opinion on whether she should go to work.
I'm pretty much a suck-it-up Midwesterner. How many days of work can you miss?
"Maybe you should try to work half a day," I suggested.
She called her boss and offered to come in for half a day. He told her to take the whole day.
On Wednesday, she went to work and texted to ask if she could come over to do laundry since the dryer at the apartment laundry room wasn't working.
When I got home that evening, Grace had her second load of wash going. She gave me a  hug, and I pressed my cheek against hers.
"You feel warm," I said.
Pulling a thermometer out of the cabinet, I gave it to her, and it beeped along until reaching its end.
103 degrees.
I immediately felt guilty for suggesting Grace shouldn't miss work. How was she even standing, doing laundry with a 103-degree fever?
Earl and I finished the laundry for her.
Jack stopped by after work to take Grace and her neatly-folded clothes back home.
The next day she went to the doctor who diagnosed the flu and told her not to be around people until she'd been free of a fever for 24 hours.
And, as if on schedule, Jack began to show symptoms of the flu the next day.
By Friday, they were both home sick, Grace claiming that Jack was delirious with his fever and had apologized profusely for thinking she dramatized her illness.
As I left work on Friday, I asked Grace what I could take her. I offered chicken soup. 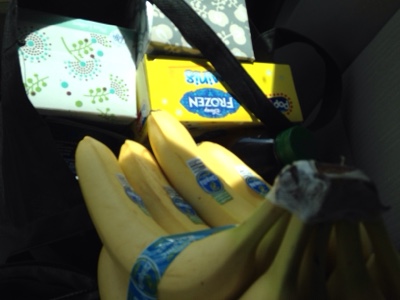 Then I searched online to see what food helped with the flu. I headed to the grocery store  and stocked up on ginger ale, Popsicles, tissues, juice, bananas and garlic bread. Who knew that garlic and bananas were good for the flu?
Then I swung by Noodles & Company to get chicken noodle soup.

When I dropped off the goodies, the two of them looked dazed. I avoided kisses and, hopefully, the flu.
A few more days and Grace was finally on the mend. Thank goodness. Let's hope she can avoid any major illnesses for another year or so. 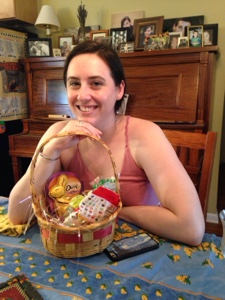 Ever since she got mono three years ago, she seems to be more susceptible to getting sick.  Hope this is it for the year.
at April 19, 2017

Where would we be without our parents? The flu can be a challenge for the fittest of people. I hope that Grace and Jack are back on deck soon. I'm a suck-it-up and see person too, but I've just learnt that I have to now be off work for a few months because I ignored my health and marched on regardless! There is always a happy balance between being foolishly stoic and not being resilient, which I've yet to achieve. Warm regards, Elizabeth.

Oh dear! My former employer used to bring in a doctor to give us free flu shots. In an open-plan office with hundreds of people in each section of each floor, something like the flu can spread fast and really mess things up. I'm also a Midwesterner who would show up no matter what, so I was glad to get vaccinated so I wouldn't be sick. There's a term for working when you're sick: presenteeism.
Glad she's better! Does she even have a thermometer?

Elizabeth, Sorry that you are dealing with health issues. Hope you heal quickly.
Francetaste, Ha! You made me laugh. No, she doesn't own a thermometer, but I think she took one home with her that night. So many people here are against the flu vaccine, but once you've had the flu you realize how minor the symptoms from the vaccine can be.

Feel better Grace n Jack. The flu is awful! Anyone who gets it, has my sympathy. The truth is, with the flu, you will unfortunately end up dragging yourself in to work before you "really" feel better. I'm relieved that I can take the flu shot every year without incident. Maybe I'm helping by just not spreading it. We've had a number of people come down with the flu this month. It's a late bloom I guess. You know buy a thermometer and sure enough next time I need it, it doesn't work.

This is why it is far better that you simply applicable investigating well before building. You can actually design more effective share in such a manner. Diabetes