My darling daughter texted me excitedly earlier in the week from her stage makeup class.
"We have to age ourselves so I used a picture of you as an example." 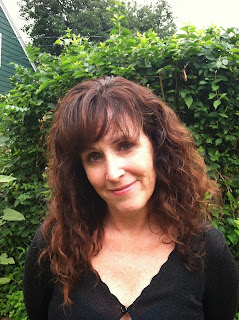 People say Grace and I look alike, except she's 6 inches taller than I am and has straight hair.
It makes sense that if she wanted to age herself, she would look at a picture of me.
She downloaded my picture from Facebook to use as a guide then she set out to make herself look old.
"Everyone who saw your picture said you were so pretty," Grace said.
Which was nice.
But when she texted the photo of herself looking older, I didn't feel flattered any more.
Yikes.
Is that what I look like?
I hope Grace ages better than me, or at least better than the makeup she used to age herself.
She sent another picture during her makeup test that doesn't look quite as frightening.
Here's the picture with her looking "middle aged" on one side of her face and in "old age" on the other side of her face. 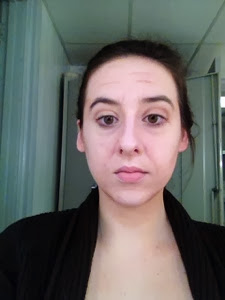 Who would make themselves look intentionally old anyway?

Hi Paulita , you do not look old , at all .. I looked at your daughters photo , cannot really tell which side is which. I don't think you look that much alike in these photos, maybe if she had her hair down ,, BUT rest assured you do not look old!xx

Oh mom...you don't look old at all! And this was one of the critiqued pictures. I'd exaggerated it because it had to be seen under lights on the stage from the balcony. I love you, and I hope I look like you when I'm your age!

Too funny ! You can rest assured you do not look like the OLD Grace and are absolutely fabulous.

Wait until you have grandkids if you want to feel old. You look young to old me.