This week, I'm really overwhelmed with essays and teaching. Some of the classes are going well and in others I'm struggling and feel inadequate. It's Saturday and I've been up since 5:15 grading papers. I'm not sure how much I'll get done before I have to take my kids to a swim meet this afternoon. I know, you're all jealous of my glamorous life now.
However, there are some bright spots, well, some laughable spots in this teaching life. At the beginning of the quarter, I have students write a diagnostic essay. They write it during class and hand it in. So I pick a fairly simple topic that everyone can write about. This quarter I said, choose a favorite quote and tell me what it means to you. A lot of students choose something their mother said or a line from a movie or song.
One student chose a Bible verse, which is fine. "Those who are not for me are against me" is the line she credited to Jesus. I'm not sure if it's a direct quote or not, but I'll trust that she knows it better than I do. I'm reading on to see how she is "for" Jesus, but the essay takes a distinct twist.

"I think this quote means that if you do not follow Jesus then you will suffer in hell for the rest of your life after your flesh is gone."
Wow.
Not just eternal damnation, but burning in hell until your flesh is gone. That is some vivid imagery. I'm a little scared of this student now and I make a point to figure out who she is next time I go to class.
Her next paragraph is no cheerier. She throws in another Biblical quote, but since she misspells it I'm pretty sure it isn't a direct quote: "If you do not except my son, you will not except me, and you will be cast into fire."
So, I can tell she really loves Jesus for all the right reasons. And, I'm a little worried about the next reading I assigned which has to do with cross dressing and transexuals.
For every worrisome student, of course, there is a star. Chad, one of my students from the summer is taking my class this fall. No, he didn't fail but moved on to the next English class, which I'm teaching. He's a bit of a slacker in class because he doesn't do the readings, but he can always add to the discussions. And it's obvious that he has gotten through life on his fabulous smile. Although only 22 or so, he fought in Iraq and was wounded so is now going to school on the GI bill, if that is what it's still called. 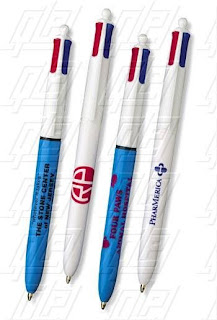 Another student, one of those returning from his mid-30s career crisis, gives Chad a run for his money though. This guy, Carter, has a lot of interesting insights during discussions.
The other day we were discussing "Coming Into The Country" by Gish Jen, which is about how immigrants adapt or remake themselves when they come to the United States. We got to talking about whether this is something only immigrants do or whether everyone in the country is chameleon-like, changing according to the situation. We wandered into whether people actually are different with various groups.
Carter jumps into the discussion: "It's like those pens with the four colors. Sometimes you're red and sometimes you're green or blue or black. But you're still a pen and you aren't going to change that."
The rest of the class applauded him and broke out laughing. Yep. I think he nailed it.
Jesus fireballs picture by:http://www.near-death.com/images/people/jesus/jesus_fire_balls.jpg
at October 03, 2009

“But small is the gate and narrow the road that leads to life, and only a few find it.” Matthew 7:14.

What I would do with this hell raiser is have her site the reference. You might have read somewhere in my stuff that I’m a Christian apologetics but consider all organized religion apostate. This is exactly why. The hell fire is a scare tactic. The fact is, this little witch burner needs to stay within the context that not everyone is going to Heaven even if they wanted, maybe not even her, so she needs to mind her Ps and Qs (pints and quarts) with heel fire Bible quotes. Has she seen her name in the Lamb’s Book of Life? One is preselected. If one is preselected, they usually stay quiet about it and evangelize to those as they are called.

Case in point, I have a friend who got stoned in Ethiopia while passing out Bibles. He’s fine now but got bumped up a little. An Evangelist is not very useful if they’re dead. So, for folks who tell me they don’t believe in God I usually respond, “Well, that certainly doesn’t make Him go away now does it,” and leave it at that. If they want me to talk about God I will.

“But even the archangel Michael, when he was disputing with the devil about the body of Moses, did not dare to bring a slanderous accusation against him, but said, "The Lord rebuke you!" Jude 1:9

The other whole point. One believes or not and therefore, hell is really the absence of God.

Give me all your evangelistic essays. I’ll grade them for you and straighten out a few over zealous.

Audubon Ron says the darnedest things: "little witch burner." I don't think that would go over in the classroom very well.
Thanks for the more uplifting verse. I'll search for the gate and the road to find LIFE!

You sound like a good teacher, getting everyone to discuss topics. I was very religious while in high school-not any more-but I don't think I would have picked a Bible verse for a quote