Book Review -- The Enemies of Versailles

I read the first two books by Sally Christie in the Mistresses of Versailles series and enjoyed them, but my favorite might be this final book The Enemies of Versailles. The books stand alone, but it's intriguing to read them in order to see how King Louis XV evolved from a religious, devoted husband to a man who resisted the efforts of his family to force him back to the church as his guilt ate away at him. 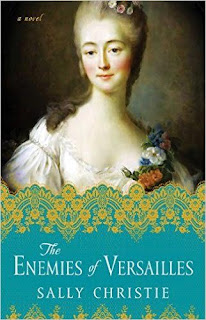 But the books are not told through the viewpoint of the king, instead, for this final book, we see the world of Versailles through one of his daughters, Adelaide, and his last mistress Jeanne du Barry. Perhaps there were never two women more different. Adelaide was born as a princess of France. She avoided marrying so she could stay in the luxury of Versailles, and although she tried to do good works, she always followed etiquette and thought the poor should stay in their place. She never had any sympathy for the plight of those outside the chateau.
Jeanne, however, was born into a poor family and went to school at a convent. Her beauty propelled her into the wealth of Versailles and the arms of the King, but she always had a kind heart, even for those who hated her. 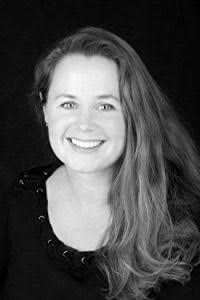 This book is full of rich details that help the readers feel as if they are at Versailles, sharing the gossip and the intrigue, but also the emotions of the historical characters. Good historical fiction is a great way to get a grasp on the times the characters lived through, and this one does that. It has stuck with me through the end when (spoiler alert/not really) the French Revolution sees the next king Louis XVI and his wife Marie Antoinette beheaded.
The actions of the king and all of the people in Versailles feel so real as I finished the book last week and saw the health care plan and the budget put out by  the Congress and President of the United States. It makes me realize that the people in power, again, have no idea what middle class and working people are going through.
This book is a fast read and whimsical escape into the past, at least until the end when the reality of repeating history might jar the reader.
I highly recommend it.
If you live in the U.S. or Canada, you can win a copy of The Enemies of Versailles by leaving a comment on my blog and letting me know you'd like a copy.

What a lovely surprise to find your review of Sally's book here. She is also a Toronto author and friend of mine. I heartily agree with your write-up and, like you, I found the series a captivating read. As I don't need to tell you, it's hard to find time to keep up with all the blogs we enjoy, but I'm so delighted to see you are moving to France in the fall. A dream come true! Félicitations!

Patricia, Thanks so much for visiting my blog. Good to know that Sally is a friend and she has written some captivating books.
I'm also pleased to see the success you are having with your books set in France.

This sounds like an interesting take; it gets a little tiresome to read only about the men's point of view.

Francetaste, True. I sometimes wonder how the author chose which of the insider characters to tell the story from. This is a good one.

Gosh, you really make the case for this author and her series. I'm a little embarrassed to admit, historical fiction isn't a big part of my library. Sounds captivating.

Just Me, You should try it.

I've read some historical fiction and agree that it's an enjoyable vehicle for learning history, especially when the author has done her homework as Ms. Christie seems to have done.

Reading from the viewpoint of the princesses sounds interesting. I'd love to win a copy of this book and complete my 'Versailles' collection!

I'll be reading this series shortly and I'm so excited - the reviews have all been fantastic, yours included!