Just a quick post to let you know about the busy-ness of my weekend. Yesterday, Spencer graduated from college. We were so proud of him since for years he has been proclaiming that he didn't think college was for him. 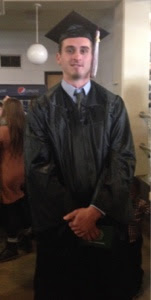 He started off at Eckerd College in St. Petersburg, Florida. He met some amazing people and definitely continued his interest in the environment, but he also went a little off track with partying as college students often do. 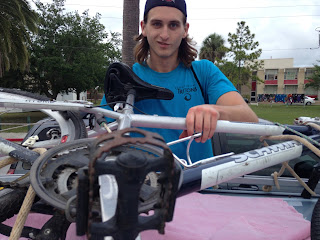 So after two years, he came home that summer and transferred to Ohio University. After two and a half years there, he graduated this week with a degree in Sports Marketing. He has a real passion for sports and is pretty good at talking to people, so hopefully he'll be able to find a job that suits his skills. 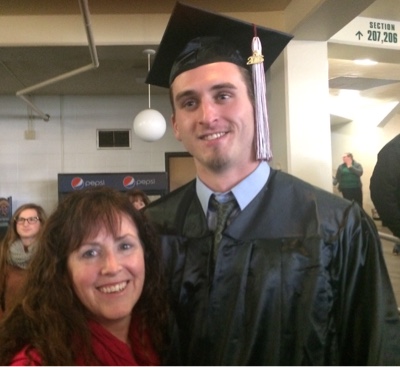 And he talks about someday becoming a basketball coach or an athletic director, so maybe he'll even go back to college after he's had a break from it.

And that might have been the extent of the excitement, if not for some pressure from my in-laws. We planned to gather Sunday afternoon, once Tucker got off work, to go as a family to pick a Christmas tree. Although Grace and Tucker both have their own apartments now, Earl and I wanted the family to get a tree ad decorate it together since we plan to be living in France next year at Christmastime.
We thought we'd get a tree then go out to dinner at a steak place because Spencer loves steak-frites. Then my brother-in-law asked when the party was. We invited him and his wife to join us for dinner. Then his daughter with her husband and two children asked when the party was. We knew we couldn't host everyone at the steak restaurant, so we changed plans and are now throwing a party here at our tiny house.
Just Earl's family and one of our neighbors who has been supportive throughout Spencer's college careers.
That means I'll spend the day cleaning. I have pulled pork in the crock pot cooking with some onions and barbecue sauce. We'll buy chicken wings (another favorite of Spencer's). I'll make cheesy potatoes and salad. I also have brownies with white chocolate chips and will make a pan of fudge. Then we'll buy an ice cream cake from Graeters. The menu is made complicated by the gluten-free parts of the family. Otherwise, I probably would have gone with a pan of lasagna.
at December 11, 2016

Wow, you put together an amazing impromptu gathering. I'm in awe of your ability to not only go with "flow" ( no matter what direction it comes from ) but to also do it seemlessly.

Congratulations to Spencer. He looks so much like you!

Francetaste you are so right, he does look just like her. Nice pictures.

So fantastic! Very happy for your family. Agree with Just Me, you really do have the knack of going with the flow.
Congrats to Spencer!

Ha! You guys make me laugh. I have such party anxiety. Today has been full of worry and preparation, but, of course, everything went off okay.