Ahhh.
Home from my crazy Christmas season with days stretching out in front of me where I don't have to accomplish anything -- really.
I hope everyone else had a lovely holiday.
One of the best things about this holiday was that my family had the opportunity to travel to Florida for a week. 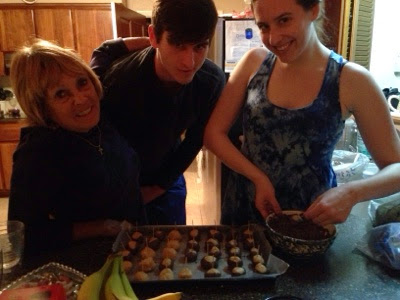 We used to visit my parents in Florida regularly at Christmastime. Then my children became serious about swimming and we had to stay in Ohio for swim practices, which occurred twice a day. In high school, it became even more important to be here. Grace swam for three years, then Tucker followed that with four years. We stayed put in Ohio.
This year, for the first time, no one was swimming and we could travel to Florida.
Our plan was to leave on Saturday, Dec. 20 and return on Saturday, Dec. 27. But other changes in our lives made us shift travel plans.
Tucker, who is coming home after one semester at college, decided that he isn't going back to that college. Instead, he's going to live at home and attend a local school. So he applied for a full-time job. He got the job. Yay! But that meant he couldn't go to Florida.
Earl negotiated a quick substitute of his vacation at work and we left on Dec. 18, leaving Tucker home alone.
After a wonderful week relaxing by the pool in Florida, finishing up some last-minute shopping, celebrating Earl's birthday, we drove home on Christmas Eve. A 16-hour marathon on mostly empty roads to get home to Tucker so that he wouldn't spend Christmas alone.
While we were in Florida, my mom had planned some fun for us. She took some of our old board games and wrapped them placing them under the tree.
Each night, we unwrapped one of the games and all played them. Then on the last night, she had a new board game that we played and brought home with us.
This plan worked pretty well. The games had mostly aged well, all except for the first one we opened.
Win, Lose or Draw apparently used to be a game show. We had the board game.
The game is like charades, except the teams draw clues rather than acting them out. The catch was that this game from the 1970s/80s had really dated subjects. A musical group turned out to be the Beegees. We all tried to put ourselves back in that time, guessing things like The Brady Bunch for television shows.
The second night we opened Yahtzee. Luckily, nothing dated about that game, except some rounded corners on the edge of the dice. 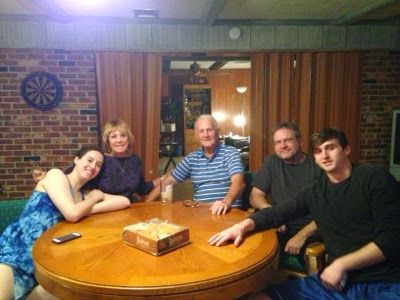 The third night was Scrabble. 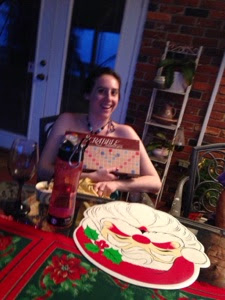 And finally on the fourth night, we opened Triominos, which is similar to dominos, but with triangle-shaped tiles. And Spencer later called it trinomials, mixing up his math terms. 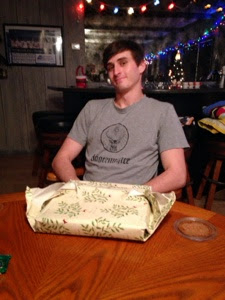 On the final night, we opened Scattergories. If you haven't played this game, I think it's best played in teams. I teamed up with my dad who claimed he wouldn't be any good at it. Every team gets an identical list card that has 12 categories, like women's names, cities sports teams. Then we roll the die, which has 20 sides with a letter on each side. Whatever letter comes up, the answers to the list questions have to start with that letter. 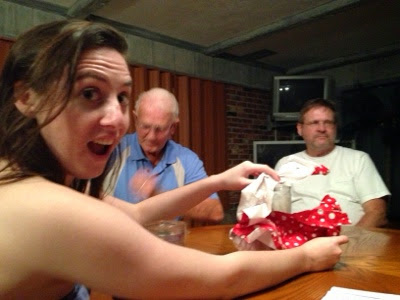 I hated leaving Mom and Dad for Christmas, but, of course, my own mothering instinct urged me to get home to youngest before Santa arrived.
We left at 4 a.m. and got home about 8 that night. Earl had been sick almost the entire week, so I drove as the sun rose about northern Florida until it set in Kentucky. 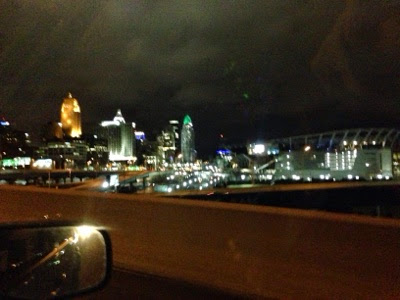 Finally, in northern Kentucky, with the dark roads slick with rain, I asked Earl if he would drive the rest of the way home. 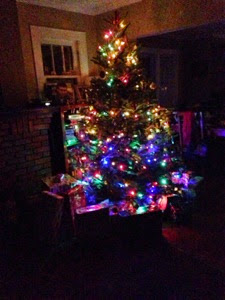 I loved Mom's ideas for game nights. Try it yourself next year, or maybe sooner.

Looks like you have a great, albeit busy holiday season. Old board games are such fun.

What a wonderful Christmas story.