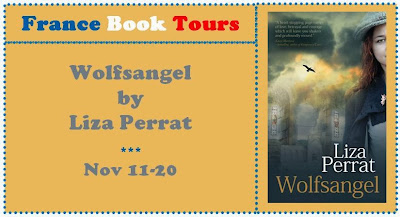 At the beginning of this book, set in eastern France, we learn that the main character has a secret. It is clear that 68 years after World War II, she still feels guilt over something.
As I read Wolfsangel by Liza Perrat, I tried to guess what might have happened. So many awful things happened in World War II. Was she a conspirator? Did she betray someone accidentally because she fell for a handsome German officer? 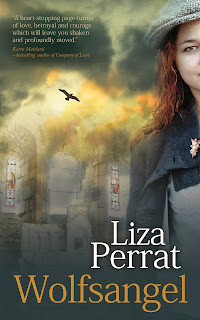 Wolfsangel focuses on Céleste Roussel, a woman of around 20, as her French village is overrun by German soldiers. Céleste finds herself attracted to a German officer even as she continues perpetual arguments with her mother who has always disapproved of her.
This isn't simply a war story; it's the story of people who can't believe the meanness going on around them. They fight to save those they love. The characters in this novel are passionate and even though I know the overall conclusion of the war, I found myself wondering what would happen at each mission. The story was interesting and quick moving. In addition to Céleste, her brother Patrick, and childhood friends Olivier, Miette, and Ghislaine, join the resistance to defeat the Nazis.
What I didn't like about this novel -- the title or the cover. Neither of them would have pulled me in if I hadn't been asked to review the book. Although the title Wolfsangel is explained as a symbol of the SS German police, and Céleste's older sister is described as an angel, the title didn't resonate with me. The book cover isn't clear to me. The character looks more like a chimney sweep than a resistance fighter and I was never clear about the bird and I couldn't really tell that the building among the smoke was a church.
For me, the book was a pleasant surprise. It had some violence, obviously, since it was set in war time, but it all worked to set an authentic scene. 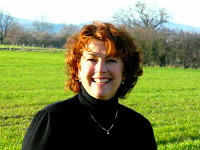 Seven decades after German troops march into her village, Céleste Roussel is still unable to assuage her guilt.
1943. German soldiers occupy provincial Lucie-sur-Vionne, and as the villagers pursue treacherous schemes to deceive and swindle the enemy, Céleste embarks on her own perilous mission as her passion for a Reich officer flourishes.
When her loved ones are deported to concentration camps, Céleste is drawn into the vortex of this monumental conflict, and the adventure and danger of French Resistance collaboration.
As she confronts the harrowing truths of the Second World War’s darkest years, Céleste is forced to choose: pursue her love for the German officer, or answer General de Gaulle’s call to fight for her country.
Her fate suspended on the fraying thread of her will, Celeste gains strength from the angel talisman bequeathed to her through her lineage of healer kinswomen.
The decision she makes will shadow the remainder of her days.
A woman’s unforgettable journey to help liberate Occupied France, Wolfsangel is a stirring portrayal of the courage and resilience of the human mind, body and spirit.

Leave a comment to be registered to win a copy of this book. I'll draw a winner on Saturday, Nov. 23.

Also this week is Saturday Snapshot.
To participate in the Saturday Snapshot meme, post a photo that you (or a friend of family member) have taken. Then leave a direct link to your post on West Metro Mommy. Photos can be old or new, and be of any subject as long as they are clean and appropriate for all eyes to see. How much detail you give in the caption is entirely up to you. Please don't post random photos that you find online.
This is a touristy, kitschy place here in central Ohio. It probably was a corn field originally. Now it's a field full of corn statues. I took it as a panoramic shot, but it doesn't seem to be expanding when you click on it. You'll have to take my word for it that the entire field is full of concrete ears of corn over six feet tall.

The book sounds really interesting. I LOVE the corn statues! How clever.

I'm glad you explained what those are - at first I thought they were odd tombstones.

Where in the world in Ohio is this? I'm from Ohio and have never heard of this. Must go someday.

This sounds like a great read. The dilemma is too riveting to ignore. So curious to know how the story unfolds.

Wolfsangel sounds more like a YA paranormal novel than a WWII story.

I also thought the photo was going to be of a graveyard. Cool statues!

Corn statues? That is so funny. Someone with a sense of humor maybe?

oh I meant to say more than that: thanks for your nice review. I also enjoy your feedback on title and book cover, I think we book bloggers should more often mention that. Emma [FBT]

I'm glad you explained what they were - my mind played tricks on me there for a minute :-D

Ha! I thought it was a cemetery at first!