There's a strange upside-down mountain in the Aude of France and today we climbed it.

Pic de Bugarach is about 45 minutes away. It's lore is probably bigger than the mountain though. It's called upside down because the lower layers are younger than the higher ones. Some legends say there is a space ship inside the mountain. In 2012, as the Mayan predictions of the end of the world circulated, people gathered at Bugarach where they thought they would be safe from destruction because the aliens would take them to another planet. About 10,000 people gathered there on December 21, 2012. But the world didn’t end and they stayed on earth.

We had no such expectations as we started our hike today. Our friends Alain and Isa led the expedition. Alain had climbed Bugarach before. He’s French so typically underplayed how difficult it would be.

The walk was uphill as you’d expect on a mountain. There were some tricky bits, but as we rounded a corner, the wind began to blow ferociously and I climbed with my hands up a rocky wall.

I felt like a kids’ picture of a stick person on the side of a mountain. I sat down halfway up and took off my hat then pulled on my sweater. Before I turned around and started up again. Holding onto the rocks as I climbed against the relentless wind. Half way up, I stopped and took off my hat so it didn't blow away. I also put on my jacket. As I turned around to start climbing again, a water bottle fell from my backpack but I wasn't about to scramble down to get it. I would retrieve it on the way back.

I have never felt a fear of heights while climbing before, but I think the wind added to my fear because it was so strong.
We enjoyed Isa's stories as we climbed and we made fun of a man behind us who was carrying his fluffy white dog while scrambling over rocks. We saw a few vultures.
At the peak, we ate our sandwiches and some trail mix before heading down again.

I had been dreading the downhill, wondering how I would get down that rock face. I anticipated sliding on my butt for much of the trek.

But the hike down was fairly quick and I was halfway down before Earl stopped to pick up my water bottle and I looked behind me. I was walking down the rock face, no problem. 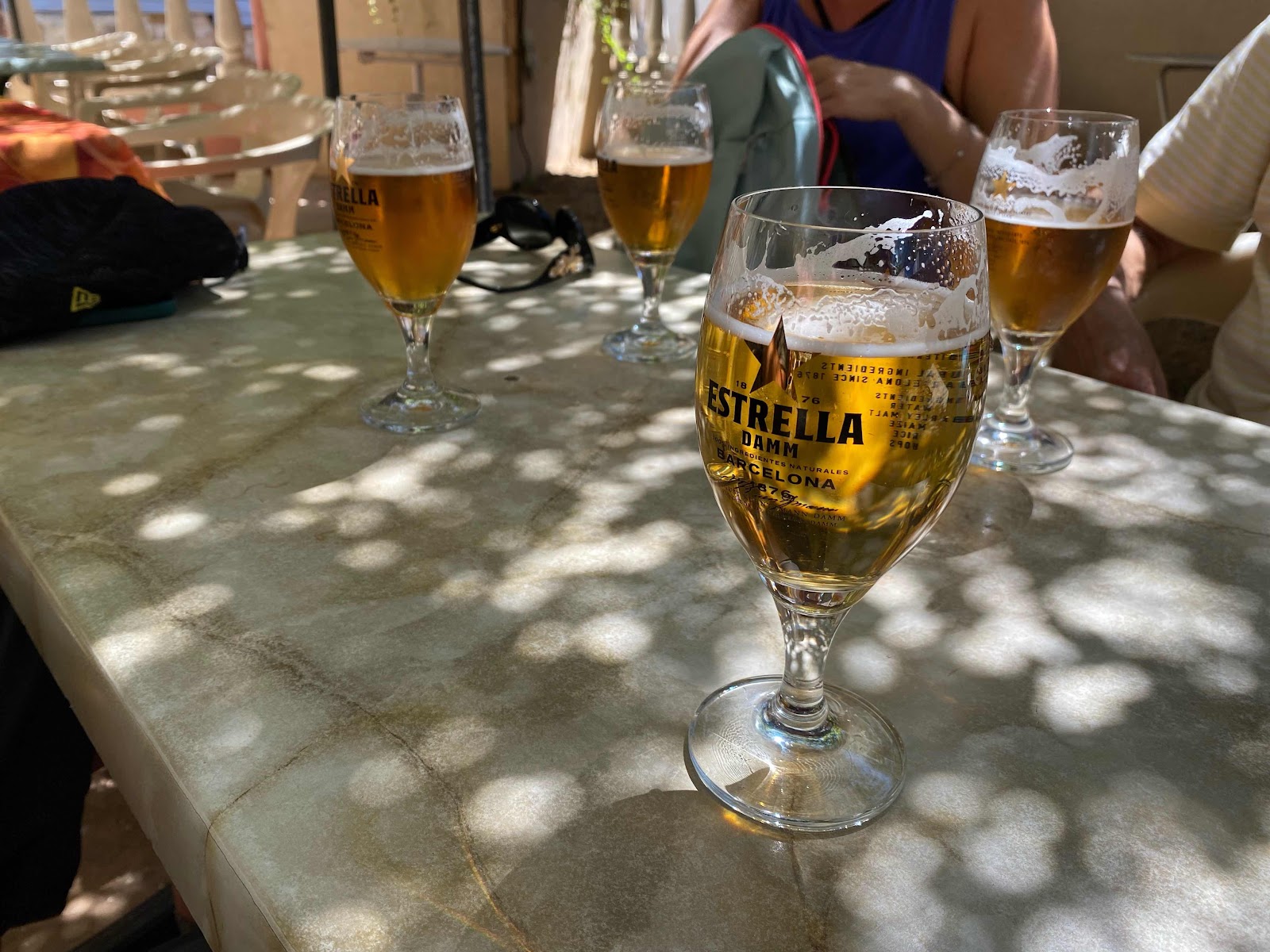 Holy Moley! Looks and sounds very scary! I'm sure you have a great sense of accomplishment having summitted though. Location scouts probably love that mountain. It does look otherworldly.

Oh boy, I don't think I could have made it up that steep grade due to my fear of heights, plus high winds too. No thank you! It sure is beautiful though - my gosh!

Kiwi, I hadn't thought about that. Maybe if they fly people in on a helicopter they can shoot from up there, but I wouldn't want to be responsible for keeping the equipment safe in those winds.
Sillygirl, You have no idea!
Noreen, Yeah the winds make a huge difference.