Time to Write for a Month

What choice do I have this month? It's November and France is on lockdown until December 1st. If ever there was a time to take part in NaNoWriMo, it's now. 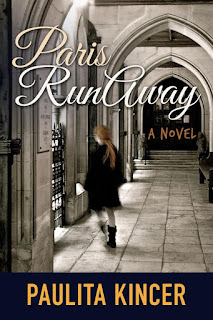 How do you win it? By writing 50,000 words from November 1st through November 30th. Somehow, I've managed to publish five novels even without completing NaNoWriMo every year. 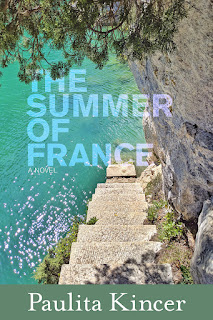 Since I moved to France, my writing has gone on a back burner. Four of my novels involve running away to France, so it's possible that since I ran away to France, I've lost the impetus to write about it. I think my social life is so busy now that I don't have time to write. Between working two jobs and meeting people for coffee, drinks, dinners, walks -- who has time to write?

And I always loved going to a coffee shop to write. It was such a great excuse to leave home and any chores that waited -- laundry, dishes, dinner -- and immerse myself in writing. That's not really a thing here in small town France. A few of the cafes have WIFI, but of course they're all closed now for the month anyway because it's lockdown, confinement, quarantine. I can't see anyone unless we arrange to go to the grocery store at the same time. I can spend my time dragging the cat on his leash as an excuse to get out, or I can sit down and write.

Now, the tough decision. What will I write?

I'm 35,000 words into a novel that I began three years ago. It's call The Wedding Dress Theory and it's about a mother-daughter road trip through the United States as they try to repair their relationship. I think it's pretty good, but I'm unsure about the next scene, so I have let it flounder for a few years. And I can't overlook the irony that I now live in France but would be writing about a road trip in the U.S. Still, I could plunge in again and another 50,000 words would help me complete the novel.

The next choice is that I've started to piece together stories about our move to France. I don't have a title for it. I know that lots of people have written about moving to France, but they are mostly Brits. Moving to France when you're British is like moving to Canada when you're American. You can be back home in a couple hours, and plenty of people do skip across the English channel monthly. So as an American who moved across the Atlantic, leaving behind children and parents, it's obviously a different experience. Any suggestions for a working title, that aren't "A Year in Provence," are welcome.

The other idea I've written a bit about is a hiking book, similar to Trail Mix, but this one is set in France and Spain on El Camino de Santiago, the famous hiking trail known as "The Way" in the movie with Martin Sheen. El Camino ends in Spain, but trails from around France, Switzerland, Belgium and Germany begin to connect to the trail. We've hiked two sections, and it couldn't be more different than hiking the Appalachian Trail and carrying all your belongings on your back, including a water filter, a camp stove, and a tent with a sleeping bag. Instead, we hike from one gite, B&B or hotel, to the next. It's not really wilderness most of the time because there are bars and restaurants nearby. But it is a challenge and can leave you with 3rd degree burns on the bottoms of your feet, as my husband found out.

So I'd better get going. I'm going to write 1667 words today about something, and this blog doesn't count.

If you're doing NaNoWriMo, friend me. My writing name is creatively Paulita Kincer.

Is your husband's blog dead in the water?
Are either of you dreaming in French yet?
Have you thought about a book about all your hilarious adventures?
Could you make one corner of your place your own little coffee shop?
What inspires your creative juices?
Lots of questions!

Hello Paulita! As a title for
your next book I would like to suggest : " The Paths of my life".