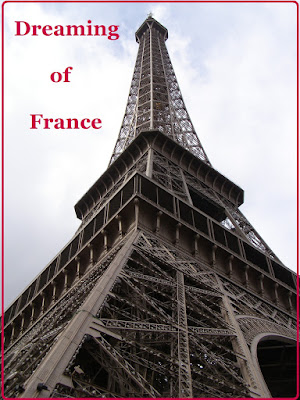 So, it happened. We actually closed on the sale of our house and managed to move out this morning. It sounds much simpler than it was.
Closing was scheduled for Friday. On Thursday, the buyers scheduled a walk-through. I fumed a bit because that was precious time I could have been packing things.
Then the call came from our real estate agent. The washer and dryer were supposed to go with the house. We had just moved them out to Spencer's apartment the weekend before.
This was our second contract. The first one fell through, but the agent asked us whether we planned to leave the washer and dryer. We told her no. So we assumed, she would put that in the 2nd contract too. She didn't. So that was her mistake.
Because the washer and dryer were gone, the buyers wanted them replaced or a $400 credit. We decided the credit would be easiest. Then they changed their mind. They wanted a washer and dryer there and wanted another walk-through to prove that it was working. Obviously, we had no time within the next 24 hours to buy and install a washer and dryer.
They also had another demand that we give them $400 toward electrical things that they wanted fixed. Earl's brother is an electrician and had fixed all their requests, but they brought in another electrician who suggested other fixes.
We offered $400 for the washer and dryer plus $300 for the electrical work. They refused. They wanted an actual washer and dryer installed, plus $500 for electrics — they upped the price. And, to guarantee the washer and dryer worked, they also wanted a $400 check held in escrow.
Earl drew a line in the sand. No. It was the principal of the thing.
The real estate agents both chipped in $100 toward the electrics. We agreed to buy our neighbor's used washer and dryer for $300 (a steal). The escrow check was still tripping us up when we walked into the title office to sign that Friday morning.
The title guy convinced us that his company would hold the washer and dryer check in escrow and would not release it unless all parties (including us) agreed. They also set the deadline for five days so it doesn't drag out. So we agreed.
Saturday was supposed to be spent moving out, but first we needed to move the washer and dryer from our neighbor's basement to our basement.
As they moved the dryer, the heavy-duty cord swung up and hit Earl in the forehead just above his eyebrow, leaving a drop of blood perched against his sweaty brow. When they reached our basement, they realized the plug didn't match the outlet for the dryer. Earl would have to replace the cord so they matched.
My sons went to move the washer. As it started to slip on the stairs, Spencer grabbed the bottom of it and it sliced the web between his thumb and finger. Our neighbor doctored him with a beer before his girlfriend drove him to the urgent care for four stitches and no more help moving things.
At some point, the new owners drove past (spying on us) and noticed the porch swing was gone. They immediately called their real estate agent who called ours, who called us. The porch swing was on hooks so it didn't have to stay. My friend Sheila had asked for it.
Friends stopped by to help as we winnowed down our belongings, still it looked like we couldn't possible finish by 10 a.m. Sunday.
We had optimistically planned to finish Saturday and spend the night at Earl's brother's house. We canceled that plan.
I can't begin to describe so you can feel the physical and emotional exhaustion of Saturday. Without a run, I logged over 19,000 steps just carrying things up and down stairs, out doorways and into pickup trucks -- 46 staircases, my Fitbit says.
Grace dropped by and I made her help me carry a desk and a chest of drawers from the basement to the garage - -I had heard Earl's moans of pain as he tackled another flight of stairs with the new knee he received last month. Grace professed to be exhausted and I stared her down with a look of disdain. She didn't know what exhaustion was.

When Noreen and her husband dropped by to pick up the cross country skis and offer to help, they looked around our house with pity. They couldn't see us escaping the items left to move.
"If we were moving to a new house, I'd just tell the movers to pack up everything and I'd sort it when we got there," I explained, " but there isn't a new house. We have to get rid of everything."
Between 5 and 6 p.m., we made three trips to Goodwill, donating bookshelves and ottoman's and bags and bags of books before they closed for the night.

We fell asleep around 11 and woke this morning at 5:30 to finish.
Earl drove the futon we'd slept on to my friend Najah's house at 8. He came home and took a load of things to the storage unit (which has to be emptied by Thursday) then a final load of things to Goodwill at 9.
Spencer stopped by to pick up the small television he wanted to put in his room, along with some weights, a broom and a vacuum. I kept cleaning, making my way toward the back door.
Yes, at 9:40, I stepped out back, Swiffer mop in hand. The house was clean and empty.
Earl had pulled up behind the neighbor's car because Spencer was behind our garage. And, as we were ready to leave, he realized he didn't have the keys to the pickup truck. He'd driven it into the alley, so the key couldn't be far.
We spent a frantic 15 minutes searching for the key, retracing his steps. A neighbor came over to help look as we combed through the snow that had fallen the night before.
Finally, he held up the key which he had dropped into a bag of trash. If you saw how many bags of trash we left, you’d realize The loss of the key could have been a nightmare.
So stitches and lost keys and hopeless thoughts all behind us, I thanked our house one last time for the years of laughter and warmth it had provided, and we drove away.
Then we came back so I could leave the garage door opener for the new owners. And then we really left.
In less than two weeks, we'll be in Florida for Christmas. And in 25 days, I'll be living in France.

Thanks for playing along with Dreaming of France. I hope you'll visit each other's blogs and leave comments. Also post your blog info in the Linky below.

NIGHTMARE! I could say a few words about your agent and what she should have done—her fault as you say—but I won't. The important thing is all's well that ends well! Now you can relax and enjoy the holiday before taking the next step of your big adventure. And I'll be here, reading about it.

It's good you'll be in Florida and then France soon because the buyers sound like they would try to track you down about more details. That kind of nickel-and-diming is so unpleasant.
Good luck with the next steps!

I can't add anything to the above comments. Just want you to know I heard your story and will be awaiting more. Sounds like you have so much material to write about. Cheers to being on the other side of this. 🤗🤗🤗

Thanks for the support as always. In the midst of the trial and tribulations, it seems neverending, but I so quickly get to the place where I can laugh about it. Spencer still isn't laughing as it is a fairly painful place to have stitches, in that webbing between his thumb and finger. Ouch.
We've settled into a friend's spare bedroom and they are spoiling us. Now to get through finals week and it should be smooth sailing.

I think former friends of our are related to your buyers. They pick pick picked when they were buying one house - I couldn't believe how truly terrible they were. Well when they moved in there was a problem with the downstairs bathroom - somehow it was clogged with a diaper. Can't say I was at all sympathetic with them having to get a plumber. Another time we were out for dinner and the dessert didn't contain enough fruit for her so she complained. I imagine they eat a lot of server's spit. As I say they are former friends.