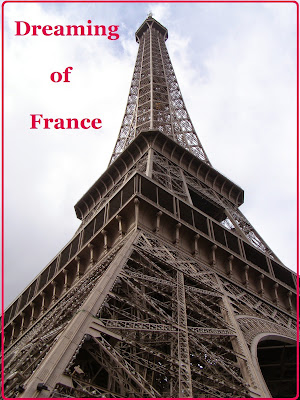 One of the reasons I started writing books set in France was because I couldn't find many books that I enjoyed. If Nicolas Barreau had been writing, I might have skipped it all together. Last week, I picked up his novel Paris is Always a Good Idea, and I read most of it that afternoon. I finished it the next 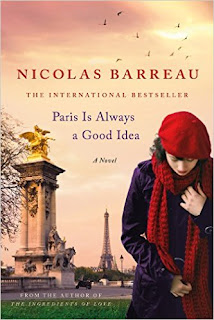 morning before I went on a run.
Many times, I hesitate to read novels written by French authors. They rarely have happy endings and frequently they are about metaphysical ideas that go over my head, or maybe they're simply lost in translation.
This book felt magical right from the beginning, in the same way that Chocolat felt otherworldly.  It focuses on Rosalie Laurent, who runs a postcard store in St. Germain, Paris. In her early 30s, she's an artist and sells her wishing cards as well as launching one from the Eiffel Tower each year on her birthday. She has a struggling business, a nice enough boyfriend who doesn't share her interests and a meddling mother who hoped for more. Her luck changes when a publisher asks her to illustrate a children's book by a famous children's author. American Robert Sherman enters the picture when he is passing her shop and he sees her book in the store window, a story that he has known since he was five years old. He accuses the children's author of plagiarism and the love/hate relationship begins.  Robert has a law degree, but is considering an offer to teach literature at the Sorbonne in Paris. His girlfriend Rachel is furious that he isn't more ambitious.
Both Robert and Rosalie have settled for a mediocre life until they find each other and a few other surprises.
What did I dislike about the book, the title, which is a quote credited to Audrey Hepburn. I wonder if it was called something else in French.
Maybe this book just called out to something in my life right now, but I was transported to Paris and entertained on the entire journey.

Thanks so much for playing along with Dreaming of France. I really appreciate your participation and I hope you'll leave a comment plus visit each other's blogs.


I love your France-based books but I can only imagine how much richer they will be when you are living there full time!
Here’s my Dreaming of France post

You are right, I think. The French have very different taste in fiction. Actually, I find some of Zola's novels set in paris to remain readable though more than 100 years old.

Thanks, Sim for the compliment. I do hope my novels get richer when I'm in France, and get me richer. Ha!
Mae, Thanks for playing along.

Hi Paulita I have just tried to link but I get a message stating that it is not authorized.