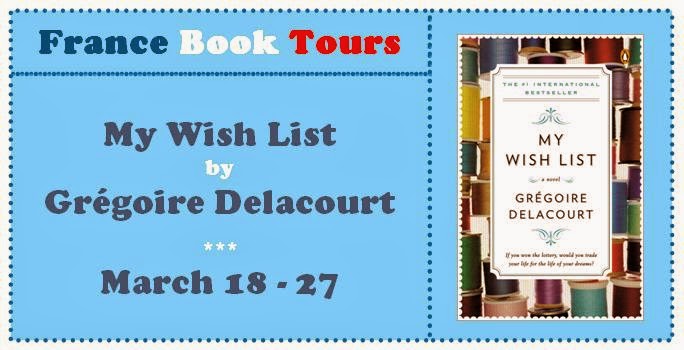 This book combines two of my favorite dreams, France and winning the lottery.
Of course, the main character in  this book is not one of those people who always imagines what she would do if she won the lottery. She only plays because the women who work for her, in her little fabric notion shop, egg her on to play. 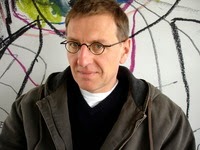 She buys the ticket and doesn't think about it again. The main character, Jocelyne, is 47 and lives in a small town in France. She knows her husband wants more out of life, more things, like a flat-screen TV and a Porsche, but Jocelyne is fairly content, even though her husband doesn't pay her a lot of attention. Overall, she judges her life to be just fine. She has grown children, a son and a daughter. Her relationship with her daughter is close; her son is more distant.
Jocelyne also writes a blog about sewing notions that is slowly growing in popularity, so popular that a local reporter interviews her for a story.
So what did I think about this book? It had lovely writing and real characters.
Here's Jocelyne's description of the twins who work in her sewing shop:


The twins are pretty. Of course, I know they exploit me to set off their small waists, long legs and clear, doelike, deliciously startled eyes. They smile at men lunching on their own or with their partners, they simper, they sometimes coo. Their bodies cast out messages, their sighs are bottles thrown into the sea and sometimes a man picks up one of those bottles and there's just time for a cup of coffee, a whispered promise, disillusionment -- men have so little imagination. 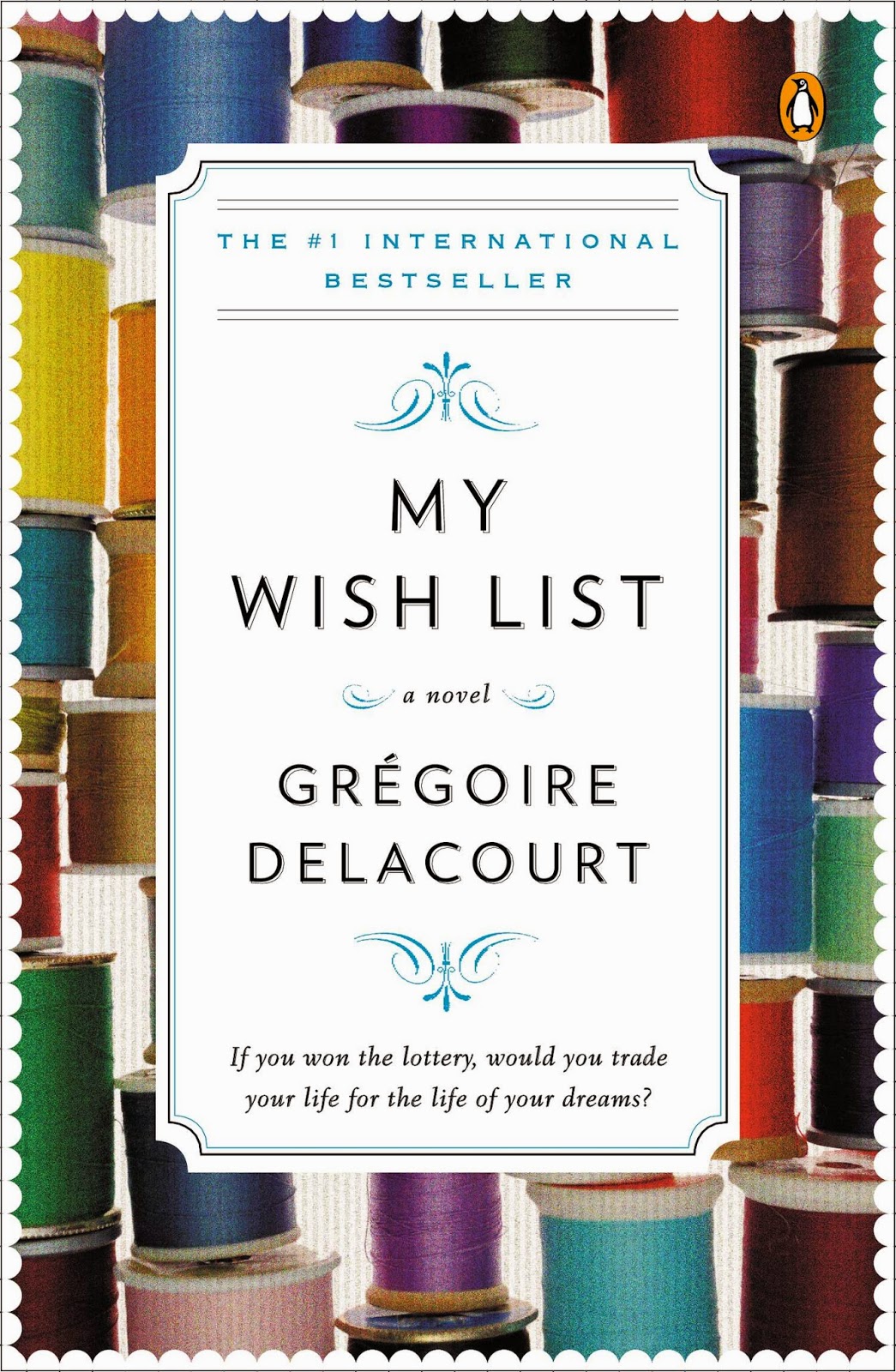 The situations seem real. The insight into the characters and what each of them would do is genuine. When Jocelyne wins the lottery, she has to go to Paris to collect her winnings and she tells no one. I wonder if it's true that in France a winner has to go through some counseling about how her life will change. I don't think that happens in the U.S. I wonder if it really does in France?
Jocelyne's life changes, of course. In some ways better, some ways worse, but I think she partially brings it on herself by hiding the fact that she wins.
With her lottery check in hand, Jocelyne visits Chanel in Paris and has an encounter with a saleswoman:


My gray coat is old, but incredibly comfortable, my flat shoes -- I chose them early this morning because my feet swell in the train -- my shapeless, well-worn bag... she smiles at me. Don't hesitate to ask me anything  you'd like to know. She moves away, discreetly elegant.

I don't think workers at an expensive shop in the United States would be so kind to someone who appears out of their element. Think Pretty Woman when Julia Roberts' character had to bring back the rich man to get any service.
One thing about this book -- it's called a novel, but it is very short. I think novella might be a better description of it. I mention it only because I wouldn't want readers to be disappointed. A French woman told me that novels are shorter in France, but this seems much shorter than other French novels I've read. When I look at it on my Kindle, it tells me the reading time is one hour and 33 minutes. The file is about one-sixth the size of my first novel, which was 227 pages long.
Another thing that some readers seem sensitive to is Delacourt writing in first person as a woman and focusing a lot on how she looks. That's she written by a man, so it can seem sexist. That didn't really bother me.
The book is still well worth reading. I just feel cautions about the length are necessary. And I would have liked the book to continue.
I hope you all enjoy this book as much as I did, because even for a short time, it whisked me away to a French lifestyle.

Synopsis provided by the publisher:
A cathartic, charmingly tender, assuredly irresistible novel, MY WISH LIST (Penguin; ISBN: 9780143124658; On-sale: March 25, 2014: $15.00) imagines one answer to the question: If you won the lottery, would you trade your life for the life of your dreams? With sales of more than half a million copies in France alone, rights sold in twenty-five countries, and a major motion picture in development, this slim yet spirited tale has sewn up the interest of the literary world.
Jocelyne Guerbette is a forty-seven year old who runs a modest fabric shop in a nondescript provincial French town. Her husband—instead of dreaming of her—wants nothing more in life than a flat-screen TV and the complete James Bond DVD box set. And to Jocelyne’s two grown-up children, who live far from home, she’s become nothing but an obligatory phone call. Perpetually wondering what has happened to all the dreams she had when she was younger, Jocelyne finally comes to terms with the series of ordinary defeats and small lies that seem to make up her life.
But then Jocelyne wins the lottery: $25,500,000! And suddenly she finds the world at her fingertips. But before cashing the check, before telling a soul, she starts making a list of all the things she could do with the money. While evaluating the small pleasures in life—her friendship with  the twins who manage the hairdresser next door, her holidays away, her sewing blog that’s gaining popularity—she begins to think that the everyday ordinary may not be so bad. Does she really want her life to change?
MY WISH LIST is an essential reminder of the often-overlooked joys of everyday life and a celebration of the daily rituals, serendipities, and small acts of love that make life quietly wonderful [provided by the publisher
at March 19, 2014

thanks for your nice review. as for the length, apart from some exceptions, recent French novels have had the tendency to be very short. Personally, I thought it worked, enough suspense, well wrapped.
there are indeed counseling services for lottery winners in France. even this one here with free sessions [!] for those who win over 1 million euros. see for instance: http://www.kuzeo.com/loteries/557/l-accompagnement-psychologique-et-fiscal-de-la-francaise-des-jeux-pour-les-gros-gagnants

I read and blogged this last year, although it was called The List of My Desires here ( I was trying to work out how it sounded familiar, but not quite right).

I'm glad that you enjoyed it. I was glad to have read it, but wasn't wowed.