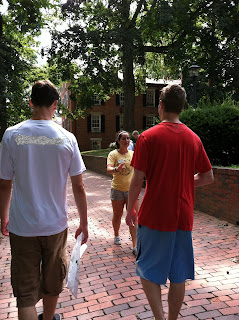 Paying for college is complicated. For a middle class family like us, a public university is going to give us no financial aid help, but the students can take out about $6000 in loans each year. They don't have to start paying until they are finished with college.
So here in Ohio, the public universities cost about $20,000 per year with tuition, room and board. Take off the $6000 loan and we have to pay $14,000 per year for a public university.
The private universities cost a lot more on paper. The two that Spencer is looking at cost $47,000 or $43,000 per year. (Grace's private university is up to $54,000.) They offer Dean Scholarships and President Grants, reducing the cost. But they also take into account the $6000 loan. So our total cost with one of the colleges is $18,000 and with Spencer's favorite it is $19,999.50. Could they just round it up to $20,000? I mean, really!
Sigh.
Maybe, if we scrimped a lot, we could pay $20,000 a year for Spencer's college. But, we already have another kid in college and we don't get to cut her off to pay for Spencer's college. 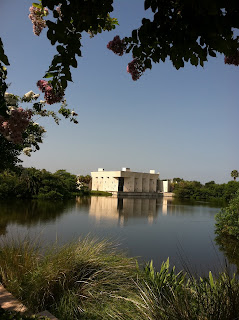 There's a form families fill out -- FAFSA. It's the government Financial Aid form. The form takes into account how much we make and how many kids we have in college.
The form says that we should pay $9053 per year for Grace and $8000 for Spencer. But colleges use that as a guide. They're happy to suggest we take out a parent loan for the remainder.
The problem with the parent loan, of course, is that the parents have to start paying on that right away, so parents are trying to pay for their kids' college plus trying to stay on top of their loan payments, plus trying to live life with the other kid at home.
I'm already working two jobs, so it gets a little discouraging.
Maybe I'll follow Stephen Colbert's example and start a SuperPac -- "Creating a better tomorrow, tomorrow for Spencer" so that I can collect money to pay for his college.
at April 04, 2012

I Feel Your Pain said...

I hear you! It is sacrifice, and not easy to do. We have two kids through and one to go.

maybe you and spence should write to stephen colbert and plead your case. surely he can spare a couple thousand.

I know it will all work out but I'm sure things will be tight too. Good luck. Visualizing lots of money for you.

It really is tough, but working in a private college, I now understand that sometimes you are much better to send your child to a private school, because of the financial aide package is so much better.

Good luck whatever you decide.