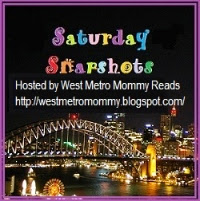 Join West Metro Mommy for this weekly meme of photos people have taken and share on their blogs.
This week, I spent a lot of time scanning in negatives of photos when the kids were little.
Each picture was more adorable than the next. I posted a bunch on Facebook to oohs and ahhs.
Today, I planned to post some on my blog, showing how Grace has been an actress since the day she was old enough to choose her own clothes, but instead, I got hijacked by Spencer.
Spencer came home from college yesterday, and after eating dinner with us, Earl dropped him off at a friend's house on the campus of Ohio State.
This morning, he called and through highly slurred words, asked if I'd pick him up.
"Did you sleep at all?" I asked.
"No, not yet," he said.
So I traveled through the pre-football traffic to pick him up. But when I got there, he had fallen asleep and I had a hard time rousing him. I texted. I phoned. I got out of the car and walked up to what I hoped was the right door. No one answered.
As I got in my car to leave, a  young man opened the door and he must have woken Spencer because he came out and got in the car.
On the 15-minute drive home, he fell asleep.
So why is it that this sleeping Spencer at two, 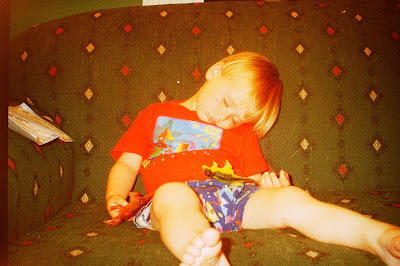 is so darn much cuter than this sleeping, tipsy Spencer at 21? 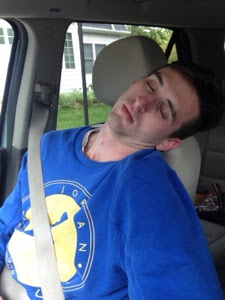 Hope you all have a splendid weekend.

Great photos! I've been scanning old pictures recently, and it sure is time-consuming, especially when there are so many sweet treasures to make you stop and remember. Both of your Spencer photos are adorable.
My Saturday Snapshot post is HERE.

Oh, my, what parent hasn't "enjoyed" such a scene...and yes, they are so much cuter sleeping at two! LOL

I have to agree...the 2 year old is much cuter! You should tell him it only gets worse from here (and show him the picture!)

Yes, I agree, the little sleeper is very cute.

They grow so fast! :) children look cutest when they are fast asleep, whatever the age! :)

Thanks for sharing both pictures of Spencer. Someday the 21 yo sleeping tipsy Spencer will be a treasured photo too.