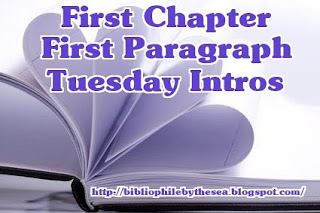 On my Kindle app, I'm reading What the Dog Ate by Jackie Bouchard. The main character, Maggie, after working her marriage into an early grave, quits her high-paying job and decides to pull her life together using her dog Kona as inspiration -- a kind of what would Kona do thing. Here's the intro:


The vet handed Maggie Baxter a plastic specimen bag containing a pair of size-tiny, lavender thong panties extracted from her dog; but they were not hers. Or rather, they were hers now since she'd just paid $734 to have Dr. Carter surgically remove them from Kona's gut.

Also this week is Teaser Tuesdays.
Teaser Tuesdays is a weekly bookish meme, hosted by MizB of Should Be Reading. Anyone can play along!
Open to a random page of your current read and share a teaser sentence from somewhere on that page.
BE CAREFUL NOT TO INCLUDE SPOILERS!
Share the title & author, too, so that other TT participants can add the book to their TBR Lists if they like your teasers.
Here's mine from page 36:


She grabbed the bottle of silver tequila they'd bought on their anniversary trip to Cancun two years ago. It was almost empty. She yanked the cork out with her teeth, and looked down at Kona. His ears stuck out in what Dave had always called his "bat-wing look;" his I-just-got-up-and-can't do-a-thing-with-my-ears look.

I'm enjoying this book. The character feels very real and the dog is adorable.

OMG, this sounds like such a fun read. I'm wondering who the thong panties belonged to...LOL

Sigh semicolons. ;) I love the teasers. Sounds like an interesting read for sure! Here's ours: http://refractedlightreviews.com/?p=11615

This does sound like a fun book...love when animals are "supporting" characters.

OMG, that is hysterical! Enjoy the book.

Sounds like an interesting read! And I like the word "bat-wings", I'll have to find a way to use it in a conversation(;

Thanks for visiting my blog!

Sounds so delightful. I'm going to download it today. Looking for a fun read for the weekend.

Haha sounds like a good one! I know a few dog people who'd love this book.

I'm participating this week too!
Here's mine: http://desktopretreat.blogspot.ca/2012/11/book-intro-tuesday.html

what the dog ate can answer questions or open up Pandora's box... the book sounds like a fun read...my TT is up too

Thanks so much for featuring my "teaser" opening!!

Hahahaha... gorgeous. I totally thought of Batman, when I read "batwing". ;) Nice teaser!
Thanks for dropping by our blog.

I knew you would love it Paulita! Are you seeing Debra Messing as Maggie?

Uh Oh, sounds like somethings about to hit the fan.

What a bad doggie! Happy Thanksgiving, here's ours: http://ourstack.blogspot.com/2012/11/tuesday-teasers_20.html