First Paragraph Tuesday and Teaser Tuesday -- A Summer in Europe 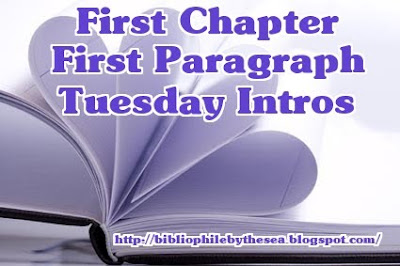 Every Tuesday, Diane at Bibliophile by the Sea posts the first paragraph of her current read. Anyone can join in. Go to Diane's website for the image and share the first paragraph of the current book you are reading.
I picked up this book because its title is similar to the title of my novel The Summer of France. This one is A Summer in Europe by Marilyn Brant.

The thing no one understood about Gwendolyn Reese was that she was three ages at once: thirty chronologically, forty-five intellectually and fifteen experientially. The people inhabiting her small circle of acquaintances planned to celebrate the first of these maturational milestones with Mylar balloons and devil's food cake. The second, they revered privately, hoping their appreciation would score them a shot at being her partner during the odd game of Trivial Pursuit. But, with the possible exception of her eccentric Aunt Beatrice, they were patently oblivious to the third.

Grab your current read
Open to a random page
Share two (2) “teaser” sentences from somewhere on that page
BE CAREFUL NOT TO INCLUDE SPOILERS! (make sure that what you share doesn’t give too much away! You don’t want to ruin the book for others!)
Share the title & author, too, so that other TT participants can add the book to their TBR Lists if they like your teasers!
Here's my teaser from page 64:

Her sneakers may have been dust covered after wandering around Rome and Pompeii, but they were still new and cushiony. She sprang down the next set of steps, the air filling her lungs as she swallowed a whoop of delight at the dizzying rush of wind on her face and the roller-coaster flip of her belly.

I picked up this book last week and didn't think I was going to like it, but I did. It's billed as a romance, but I would consider it having romantic elements. The real story is about a woman who learns about finding joy and taking chances. And, of course, she gets to travel through Europe while doing it. She opens herself to experiencing the cultures rather than checking each location off her to-do list.
at February 28, 2012

I love that intro, and haven't heard of the that book previously. enjoy

Brooke from The Bluestocking Guide said...

Sounds good to me too. I'm putting it on my list.

Those are both very interesting selections - Great Teasers!

This week at SunnyReads is “Gail Carriger & The Parasol Protectorate Week,” and we are celebrating the release of the final book in the series, “Timeless,” by taking a look back at the series as a whole. So today I have a Teaser from each one of the books published so far! That’s FOUR Teasers for the price of one!
http://sunnyreads.blogspot.com/2012/02/day-two-of-gail-carriger-and-parasol.html

I also want to go to France or other European countries. But I don't know when I can make it.