My sons are 19 and 21 years old now, and more and more, I realize that raising them to adulthood is mostly a matter of luck. 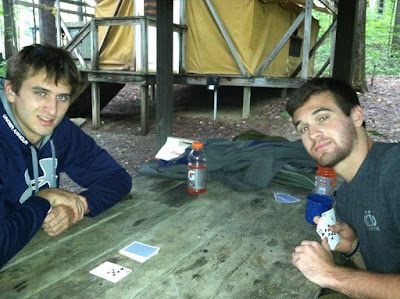 When they were little, I could force them into bike helmets, car seats, knee pads for roller blading, shin guards for soccer. I could control where they went and who they hung out with.
But as they hit their teen years, I had to loosen my control. In spite of my warnings, they discovered alcohol and marijuana; girls and driving fast. 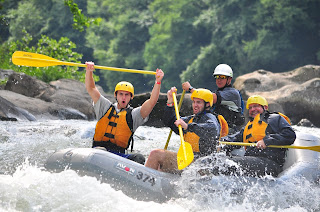 I've become even more aware of the fragility of teenagers' lives as two boys in our local community have died in the past two weeks.
We live in a small town that is surrounded by the larger municipality of Columbus. We feel safe here. The neighbor across the street, who moved from Miami, Florida, realized she needed to let her 5-year-old ride his scooter around the block, like his friends did. Kids have more freedom here. It's the kind of city where people watch out for each other and each other's kids. If you could go back to the 1950s, it would look a lot like our community. The schools are small, but the highest ranking in central Ohio. Each school grade has between 90-100 kids in it. So we all know each other, or know of each other, which is what makes it so much more difficult when someone dies.
In May, one of my boys' former classmates died of a car accident, on a dark road in the middle of the night. Not wearing a seatbelt, he was thrown from the car and died instantly. I wrote about it then.
Yesterday, we learned that a boy who just graduated from high school last week, a  year younger than Tucker, died in a nearby quarry.
Spencer has always gone to the quarry to swim. We have warned him and warned him, but we couldn't actually stop him. He has always been a strong swimmer and was on the swim team for several years, but we knew that if one of  his friends got in trouble in that bottomless pit of a swimming hole, Spencer would try to help even if he risked his own life.
These boys were  not swimming. They were walking with fishing poles when one boy fell off a cliff and landed about 90-feet below.
I'm not known for being especially empathetic, but I can't stand to think how scared the boy must have been when he fell. The newspaper says he died at the hospital, so he must have survived the fall.
I also picture the two boys he was with and imagine they are lucky that they didn't make a dive to try to save him. I can't know the fear they felt as they called for help -- police, parents. I don't know.
But I can look at my boys when they breeze in or out of the house, so confident that they're indestructible, and know that we're lucky to have them and troubles they run into.
at June 02, 2015

Agreed and also saddened by the recent deaths.

p.s. You write some very moving posts. I think one has to be empathetic to write so well and so thoughtfully on such difficult topics. Just saying.

Just Me, Thanks. I think my empathy nerves might have been frayed when my sister died. But I've noticed it increasing as I grow older.