There are some funny things about travelling in another country. People do things differently. One of those things here in France is that we turn in our key every time we leave the hotel. The key is no card that you slide at the hotel door. Instead, it's a metal key with a big, heavy fob on the end. We might leave the hotel and be back half an hour later, but each time we hand in our key and say, "Bonjour, merci." And the desk clerk responds, "Merci, au revoir" or "Bonne journee." We might be gone the entire day and come back with a "bon soir" before asking for our room key, "Deux cent trois." Or maybe we go outside, find a market, end up buying something and come right back to the room where we have to ask for the key again. I've always been resistant to staying in a bed and breakfast because I feel like the owners are too closely connected to our comings and goings, and the same is similar here in France. That doesn't keep me from wanting to come here and visit, of course. It's just a quirky thing that people might not know about. Another strange thing I've run into the past two days, are signs in the bathroom that warn people not to put anything in the toilet, including toilet paper. That, of course, can be uncomfortable. 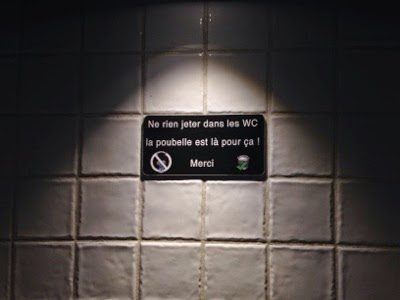 I saw that sign in Aix en Provence at the studio of Paul Cezanne. I also saw that sign when we traveled to Marseille today. Earl said the sign made sense at Cezanne's studio since it is on a septic tank, but in Marseille, near the port, it had to use a decent sewer system. We're definitely learning a lot here, and I'll throw in a few pictures that aren't about hotel keys or bathroom habits. 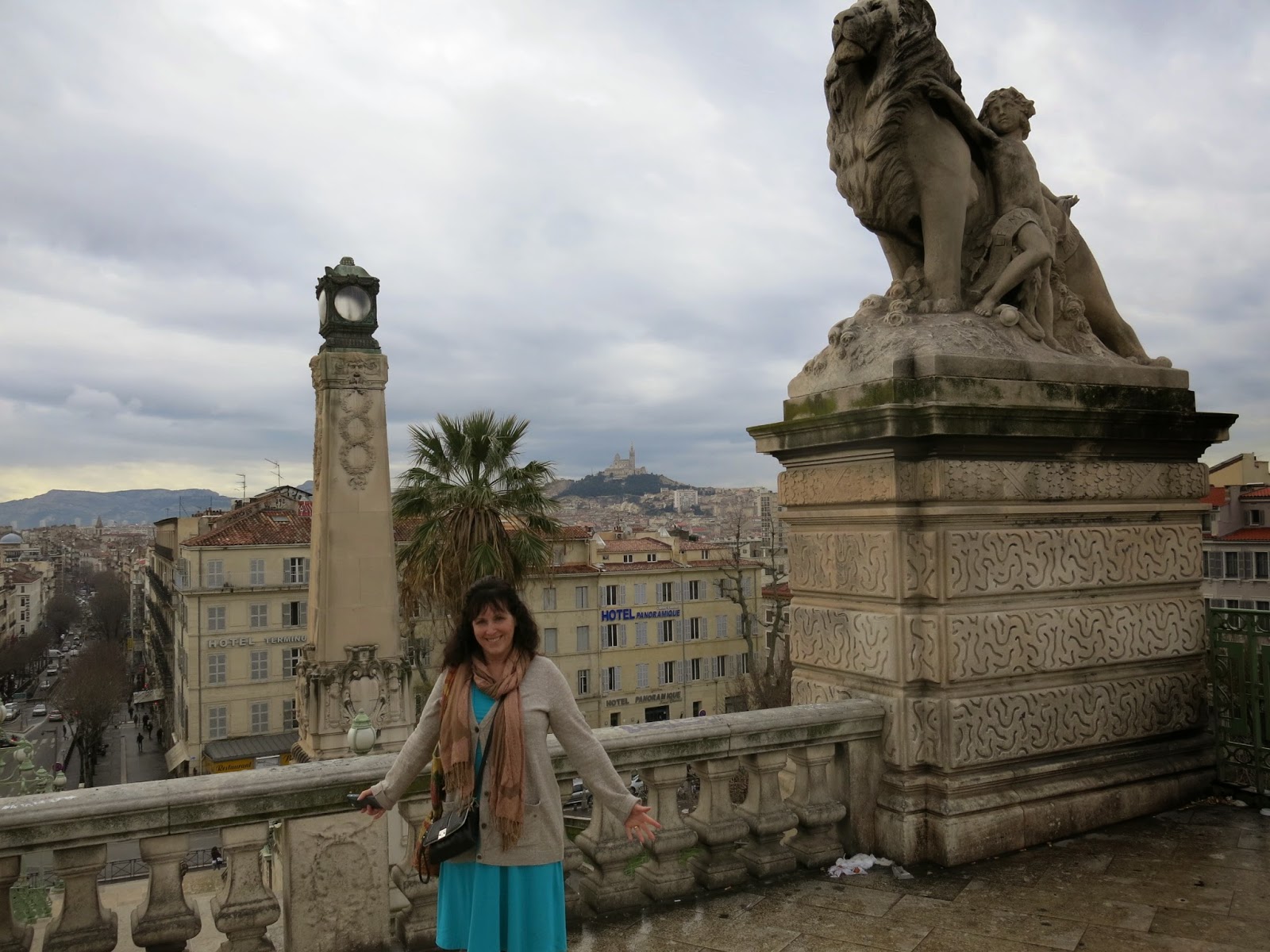 We visited Marseille today. The train station perches above the city. That's me posing. 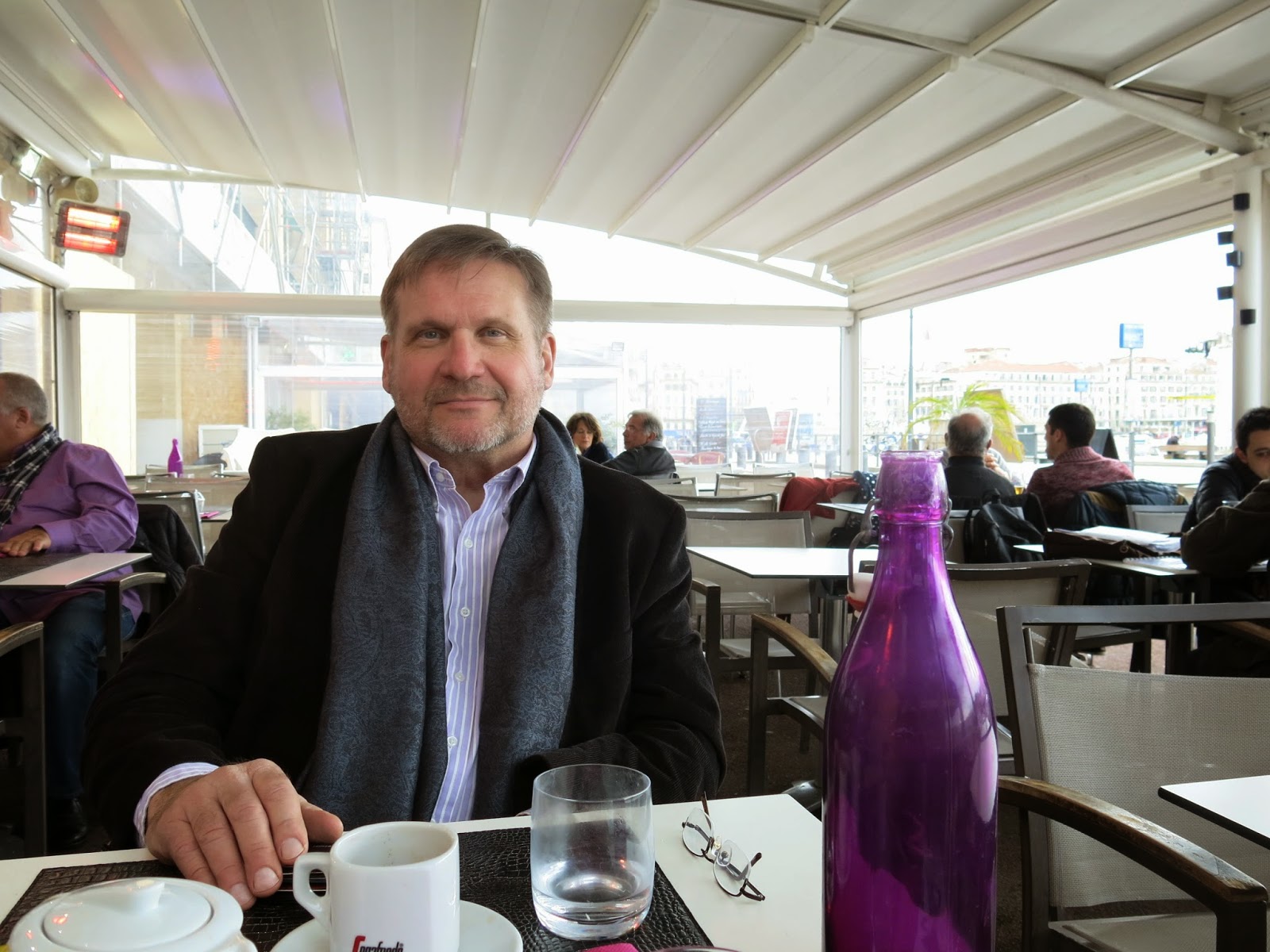 Doesn't Earl look French with his scarf? We had lunch at this restaurant -- goat-cheese salad, penne and roquefort pasta, dessert of chocolate cake with English cream, followed by tea for Earl and coffee for me. 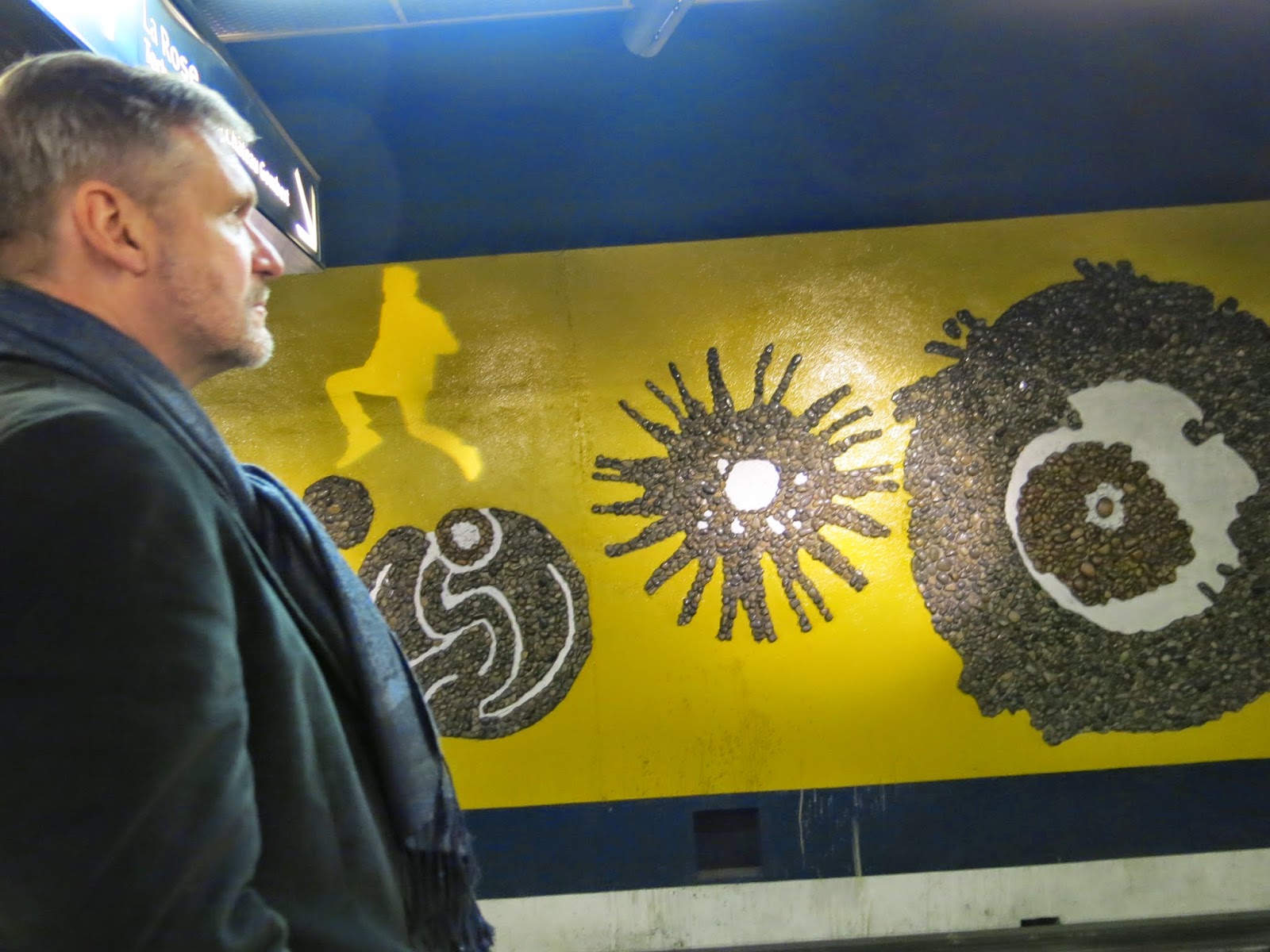 I was kind of nervous about travelling to Marseille. It was a place we'd never been and I heard a lot about crime in Marseille, but after we had been there walking around for awhile, we felt confident enough to take the metro five stops out of the old port section of the city. The metro was clean, swift and safe. 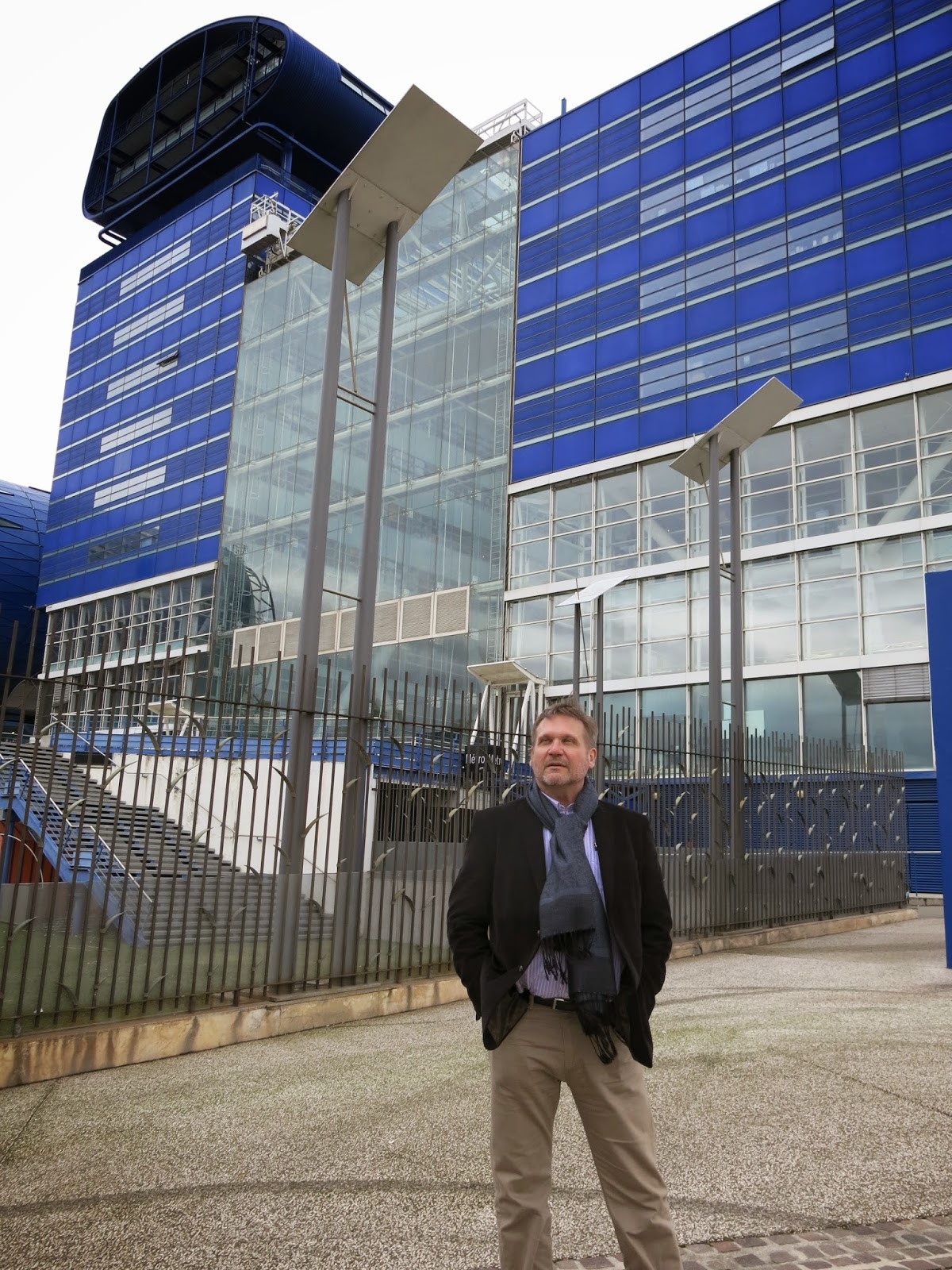 We only ran into trouble when we were in a government building and went out the wrong exit, twice. A guard ended up following us to make sure we didn't break any more rules.
at March 17, 2015

Hope you are having a fabulous time!!!

Hah! Ran into that toilet paper situation in Marseilles. We were a group of jet-lagged rather punchy, English-speaking women trying to figure out a Lebanese menu. I urgently had to go to les toilettes, a very modest little room directly off the dining room. The proprietor viewed me suspiciously when I went in. I figured out the warning in French about the toilet paper. There was an empty, ordinary wastebasket. (Fortunately, this was very familiar to me from traveling in Baja California.) I wasn't ten feet away from the room before he jumped into the bathroom to monitor my compliance. I passed, and warned the other ladies.

Thanks, Sally!
Lee, funny story. It must be a Marseille thing

Your day sounds delightful. Glad you felt safe. The bed and breakfast thing has always been a turn off for me. Thank you for funny story and great pictures