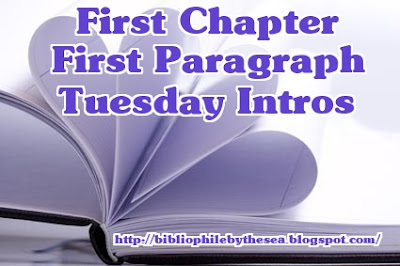 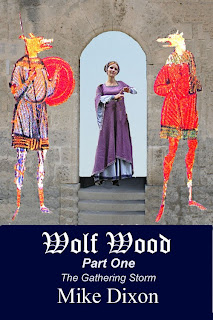 This week I started Wolf Wood by Mike Dixon, a new book for France Book Tours. I'll be reviewing it at the end of August. The book is about a dispute between the abbot and the townspeople of Sherbourne over a baptismal font. Apparently, the custom was that people had to pay for baptism. From the cover and the title, I didn't think I'd like this book, but the writing is good and the medieval story is pulling me in. Here's the intro:


Easter Sunday 1446
Alice walked up the cobbled path towards the abbey. The old building was undergoing renovation and the scaffolding had recently been removed from the south side of the tower. The work was being undertaken at the huge expense to the parish and was a major cause of friction between the abbot and the local people. On that chilly April morning, the new stonework shone brightly in the crisp light of a cloudless day.

Also this week is Teaser Tuesdays. Teaser Tuesdays is a weekly bookish meme, hosted by MizB of Should Be Reading. Anyone can play along! Open to a random page of your current read h and share a teaser sentence from somewhere on that page. BE CAREFUL NOT TO INCLUDE SPOILERS! Share the title & author, too, so that other TT participants can add the book to their TBR lists if they like your teasers.


Robin sank down on his haunches. It was a trick he'd learnt from Guy. Let them think you were a useless whimpering kid. It wouldn't enter their stupid heads that you were out to maim them.

Definitely the into and tease grabs my attendtion (way more than the cover).

thanks for already featuring this book!

I'm not familiar with this one, but I do like the intro....enjoy.

Thanks so much for joining us once again.

I can never get into historical books. I don't know why. I bet you can learn a lot about life as it was in ancient times. I'm still stuck reading mysteries set in the present.