No, not me. I'm short. Only 5 foot, 3 and a half inches. But I married a tall man and birthed some ridiculously tall children. Grace is 5' 9" and her brothers tower over her. I took this picture at graduation. Grace commented how her brothers make her feel short. 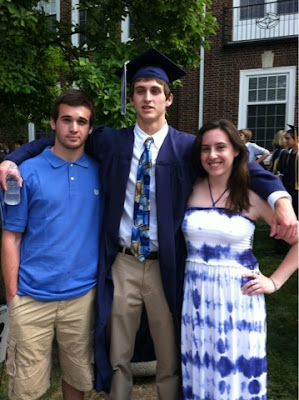 But the tall story came later that night, well actually the next morning. After the seniors' graduation party, Spencer went to another party at Ohio State University and ended up spending the night, along with a friend, at the friend's sister's apartment. The next morning he called and said they were getting ready to go out to breakfast -- but first, the sister asked him to change all the light bulbs in her apartment. That cracks me up. You get a tall guy at your apartment and put him to work changing light bulbs. At least I know he has a skill for the future.
Here he is at graduation. 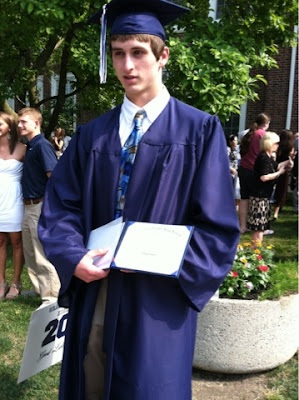 That cracks me up. Hilarious