When my kids were little, sometimes I would watch the famous pediatrician T. Berry Brazelton. His show always started out explaining a problem that a child was having. He would interact with the kid and the parents. Then he would turn to the camera and say, "I felt sure (child's name) would be fine, but it was the parents I was worried about." Most of the time, the kid was going to outgrow his medical or emotional issue. The parents worried about it and exacerbated it. I always wished I had Dr. Brazelton to reassure me that my kids would be fine. 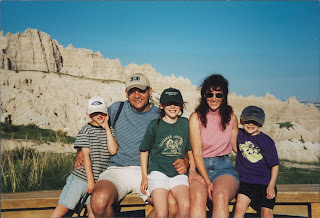 Last night, between college football games and grading papers on the computer, I was flipping through the channels and came upon the show Supernanny. Supernanny is British and she goes to the houses of Americans with out-of-control children. She teaches the parents how to make their kids sleep in their own beds and advises parents how to correctly use time out.
"Why don't you ask Supernanny to come help you deal with the boys?" Grace suggested.
I raised an eyebrow at her.
"What do you think Supernanny would say to you?" I asked. Then in a mock British accent I said, "Why aren't you going back to college to finish your education, young lady? Why do you think you should spend a semester gallivanting around France and Italy when your parents are willing to pay for your schooling? You get yourself back to college and finish."
Grace did not seem amused. 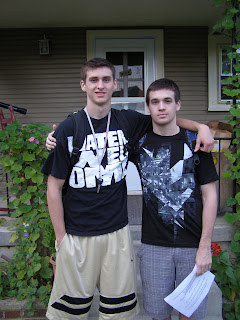 It was easy for me to predict what Supernanny would say to Grace. I didn't want to think about what she would say to me.
"When did you give up on this family?" she might say. "When did you decide that you weren't responsible for your children's bad decisions?"
It's a dilemma I've been dealing with. My boys are 17 and 15. I raised them to make good choices, but they seem to frequently use their teenager brains to make bad choices. Is it my fault? I have accepted the idea that parents can't control their teenager's every move. But I'm not sure that's what Supernanny would say.
I think she'd tell me to do the hard work. To make Spencer be in by 10 p.m. even though he'll be 18 in October. To follow through with making Tucker clean up the basement rather than letting him leave dirty dishes and fast food wrappers around.
I could make a list of the good things my boys do. They work hard at school and are both taking honor classes. Spencer works at a restaurant and works out every day to fulfill his current obsession with basketball. Tucker volunteers in a mentoring program for younger students and swims. He plays his electric guitar for hours a day.
But they don't stay home all the time. They aren't limited to school, work, sports and home. They have those hang out hours with their friends, and in our small town, they are free to wander around. That's when they find trouble.
How much trouble can this boy get into if he takes the time to stop and smell the zinnias? 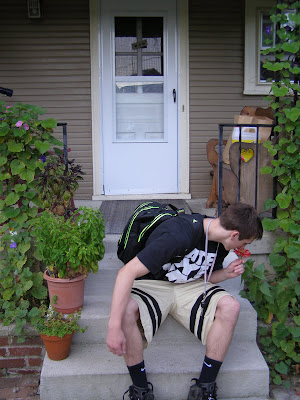 I could ground them for the rest of the year, forcing them to stay home when they aren't in school or at sports practice.
I encourage them to have friends come here, but it seems silly to control their every move when next year, Spencer will go away to college. He needs to have some freedom now and learn to make good choices before he is given carte blanche.
I know that you aren't Supernanny, but what do you think?
Do I give them enough freedom to make mistakes now or do I curtail their hanging out time, torturing both them and me?
Compromise solutions are also welcome.

I don't think you need super nanny at all. Your boys seem like really good boys. Reading their good points I think they sound great.

I have two boys, grown up and parents themselves.. Both totally different .. remember one(younger son) has Aspergers, (but we didn't know it until last year) . We lived on a Royal Airforce base most of their early days.. so freedom was diffent. I also have an 8 year gap. My eldest son .. got into trouble a few times, then he was grounded.. but on the whole he had freedom and now is a hardworking top chef in the Royal Air Force. It is a hard one I think. I really prefer to give freedom and let them learn.

As for Grace, I think it is amazing that she can go to Europe now.. I really wish I had been given the chance ..

why do you always ask such hard questions?
i love your blog.

p.s. T. Berry Brazelton was the only parenting book that made me feel nervous about being a parent. I got rid of his books as quickly as possible!

It's a hard question to answer. It's hard to feel like a prison warden all of the time and I know you get tired of always being on them to do what needs to be done. Sometimes I think your work is done by the time kids are teenagers-not much you can do will change their behavior. I read that hormones, etc., actually make young people rather "crazy" until they are 26 or so. They can't think like adults and do all sorts of things without thinking it through. I was one of those parents who didn't let my teenagers get away with anything but I found out years later all of the many things they did that I didn't know about. Ignorance is bliss sometimes.

Anne, Judi and Linda, Thanks for you comments and support. I will probably keep going back and forth on this -- a little freedom, and quick pulling back on the reins. I do wish I didn't know a lot of times, but that's small town life.

I feel ridiculous commenting when I am not a parent. I continue to be amazed by your parenting.

Your kids are wonderful. They're doing some of the things that teenagers do plus a lot of great things that any parent would be proud of.

A semester in Europe will be a priceless experience and it's fortunate that you have the friends, family, resources and timing to make it happen.

Are you concerned she won't appreciate it? or that she won't want to return to school ?

I admire your question!

Wonderful post! My twins graduated from high school last spring and have started college (one away, one commuting), and my oldest is a college senior. We can't control every aspect of our teenagers' lives. I think you have to give them opportunities and freedom to make some of their own decisions while they the safety-net of home is available. Have seen many kids totally overwhelmed with sudden liberation at college.

I have come to realize that there isn't always a "right" answer to every parenting dilemma. We just make the best decision that we are able in that moment and go from there. There is no such thing as a perfect parent, and even if there were, kids would STILL make the wrong choices at times. It is at this time that we are responsible for how we react to their decisions, as Judi said.

Paulita, I happen to know firsthand how phenomenally well you handle "the reaction" part of bad decisions - something I myself need to learn a thing or two about. Believe it or not, I often use you as a role model in my own parenting role (WWPD - What would Paulita do?).